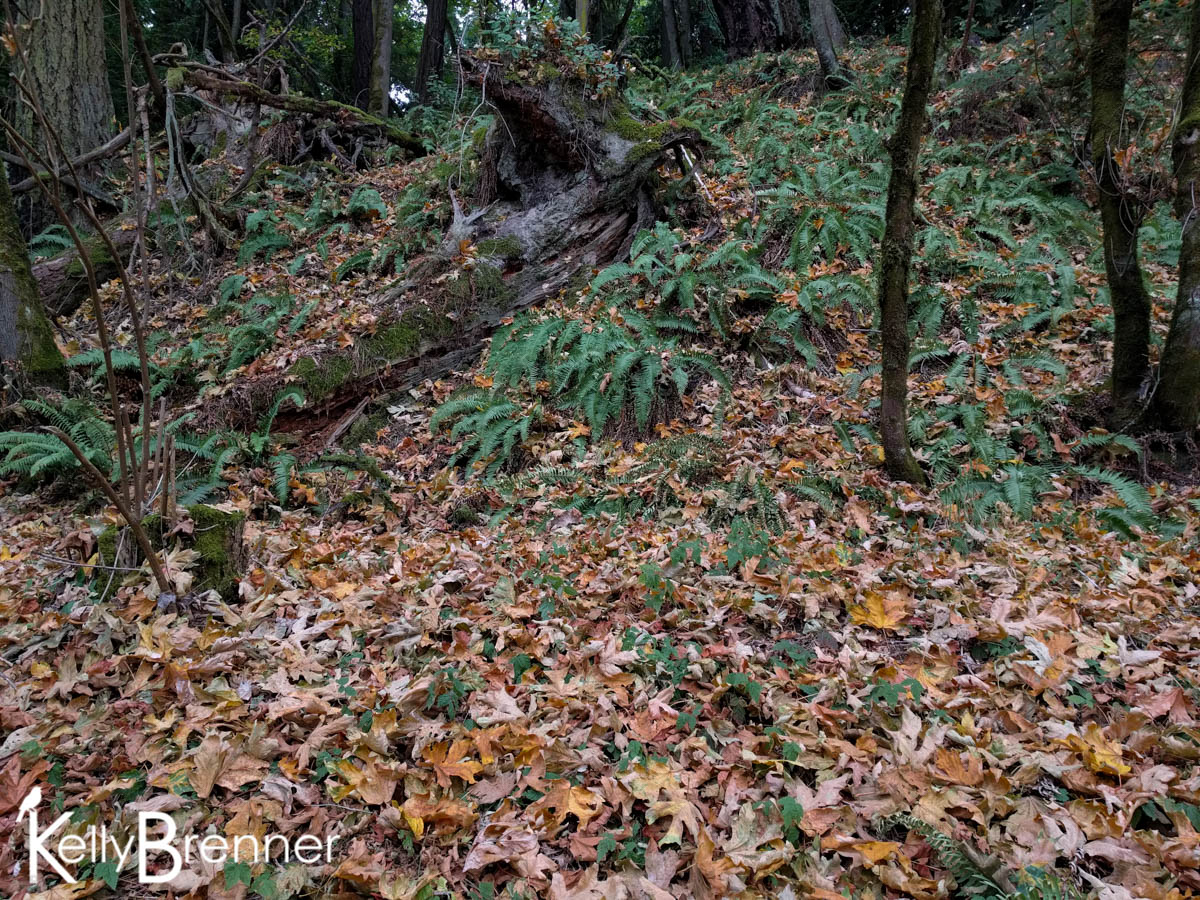 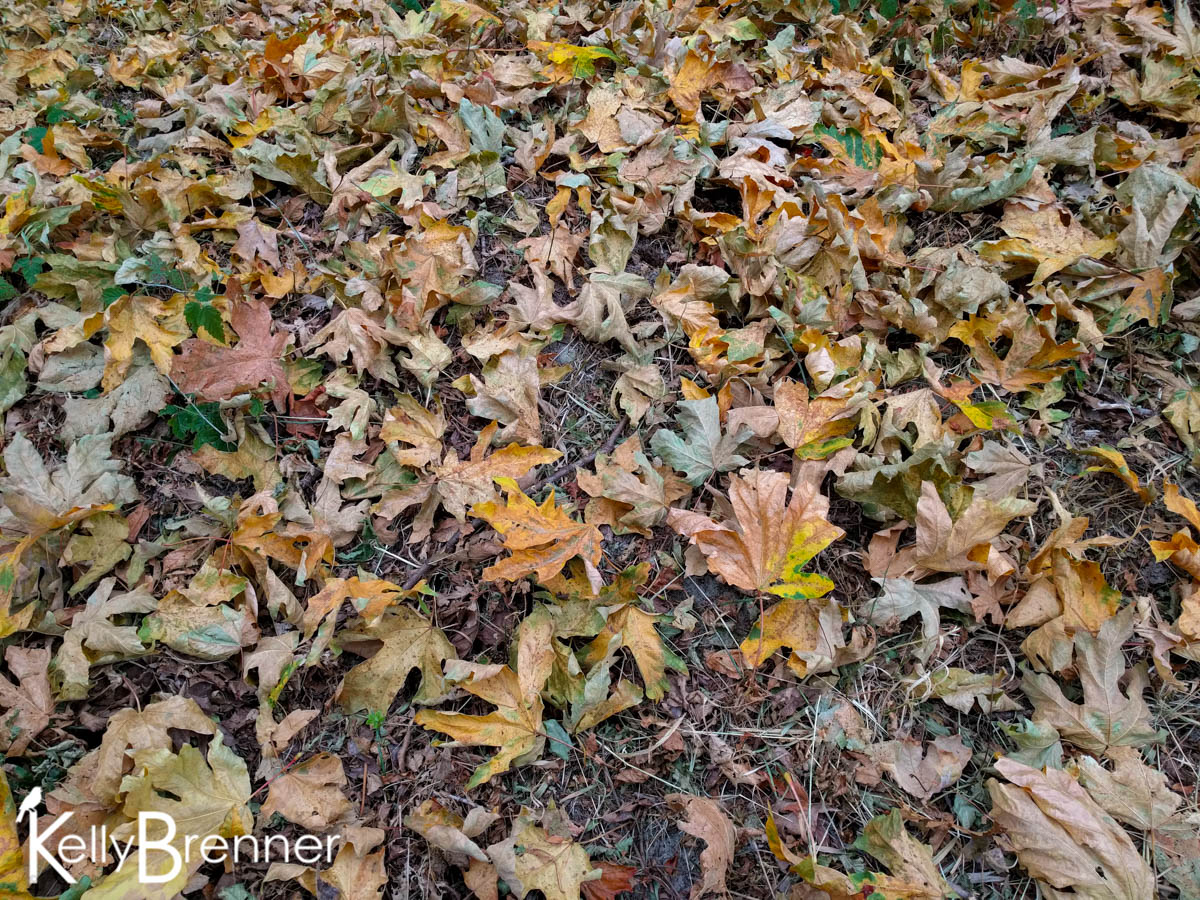 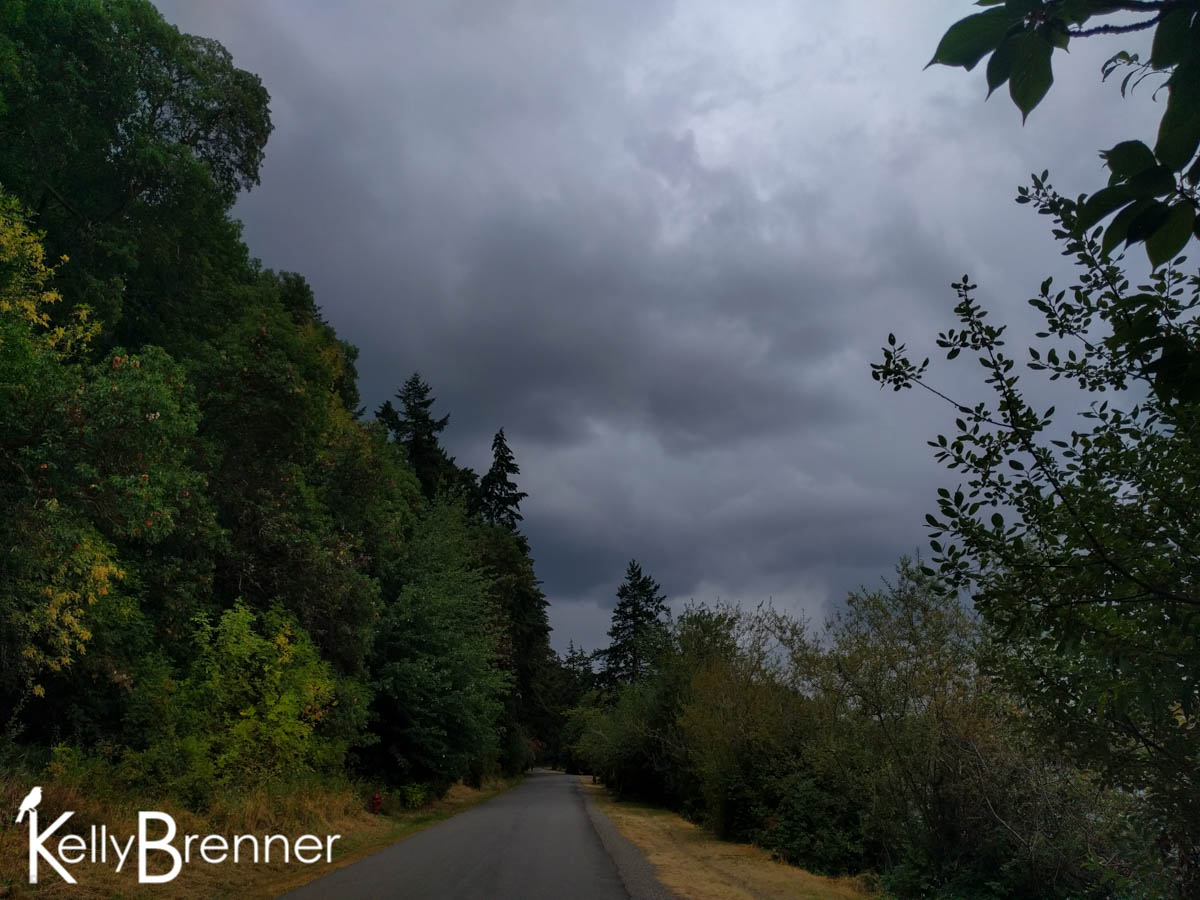 It may not be official, but autumn is in the air. It was another nice, cool day and we went to Seward Park to walk around the loop trail. The Big Leaf Maple trees are dropping many leaves, but they’re not turning yellow much, mostly just brown. It could be autumn, but it could also be the dry weather and hot summer causing such significant leaf drop. The ground along the path at Seward Park ground was already covered in Big Leaf Maple leaves, some scattered across the trail. It looks like the trees have just called quitting time early this year and started to shed the leaves. Along our Seattle streets, other trees are starting to show touches of color, a little red here, some yellow there. It’s slight, but noticeable when looking for it, which I do compulsively this time of year.

We stopped at the beach at Seward Park and I collected some pieces of broken off aquatic plants. There are always abundant plants at the far end of the park, many of these plants spread themselves by easily breaking off and sending down roots to start growing in a new location. A little higher on the beach, there are always piles of dried out aquatic plants, the ones that aren’t successful in their propagation. There’s a diversity of plants on the lake shore beach, some native and some introduced, that I investigated on Day 203. I’ll take them all home and plant them in our wetland in a bottle and see how they do. Hopefully they’ll bring along some hitchhikers to add to the invertebrates in our containers.

Shortly after we left the beach we were hit by a rainstorm. Certainly feels like autumn. 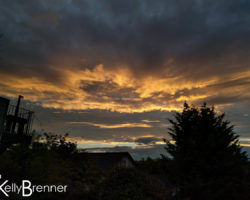 In 2016 I’m doing a 365 Nature project. Learn more about the project and see all the 365 Nature posts. The autumnal feeling continued today and the first thing I saw was a dynamic sunrise with dramatic clouds turned orange. Shortly 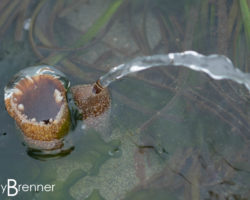 In 2016 I’m doing a 365 Nature project. Learn more about the project and see all the 365 Nature posts. During our school break I had intended to visit Alki Beach. We had last visited on Day 187 and although the