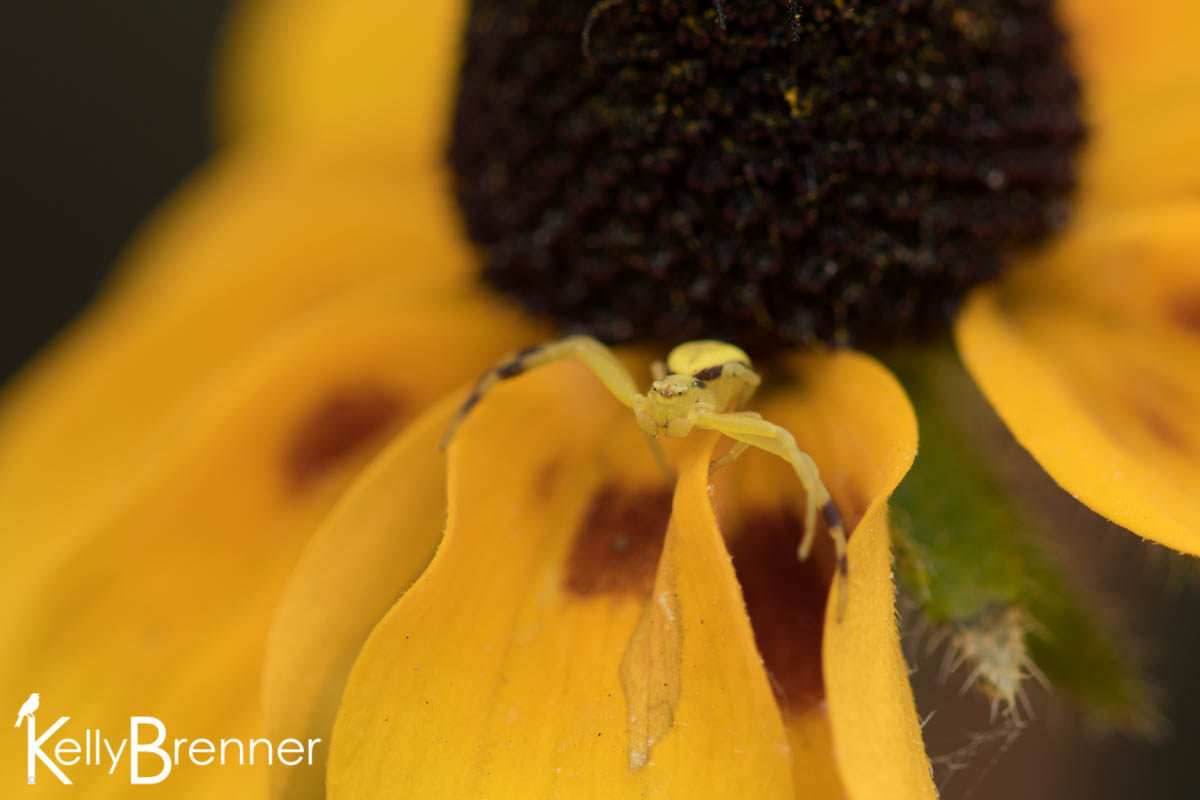 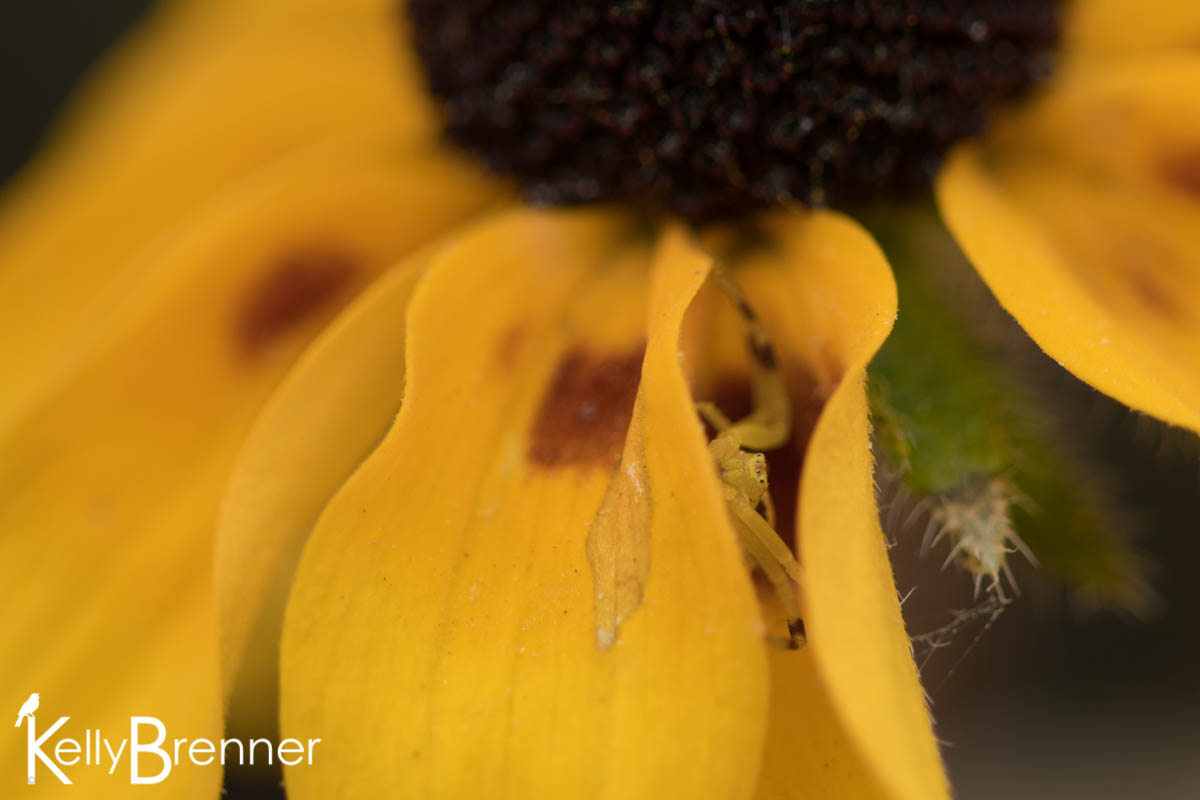 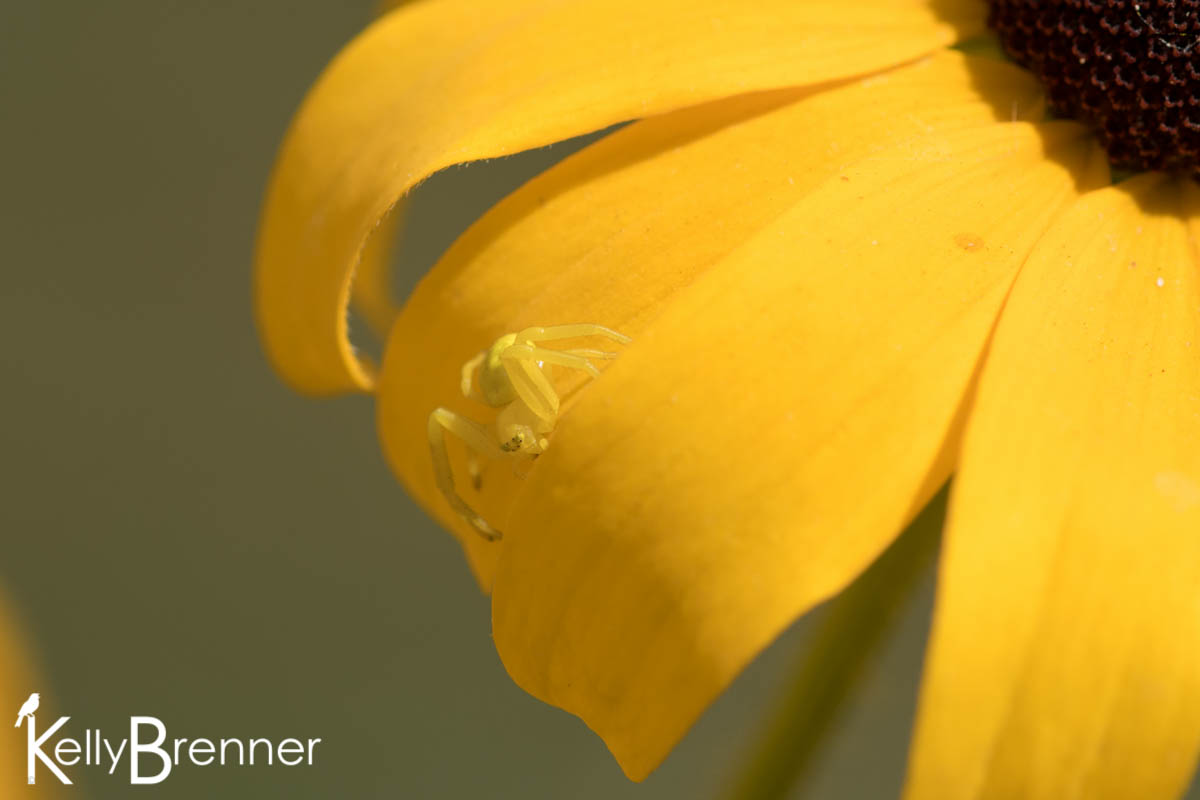 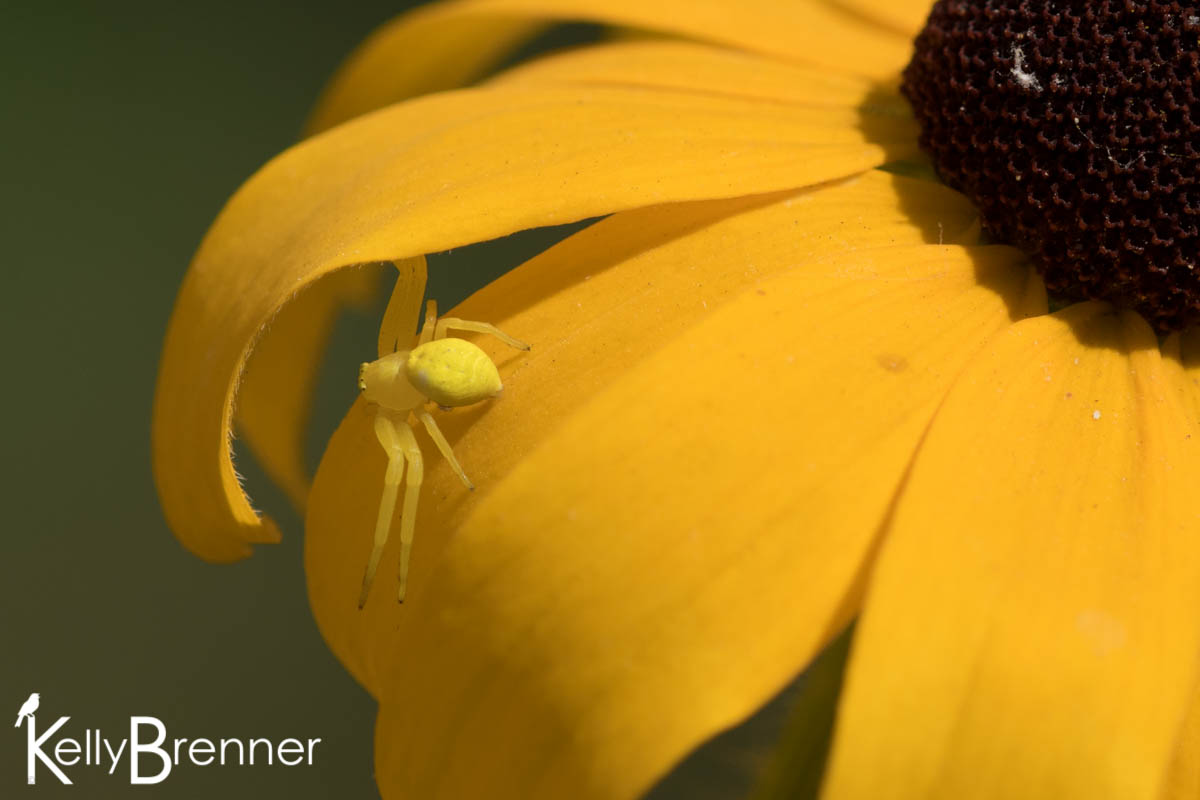 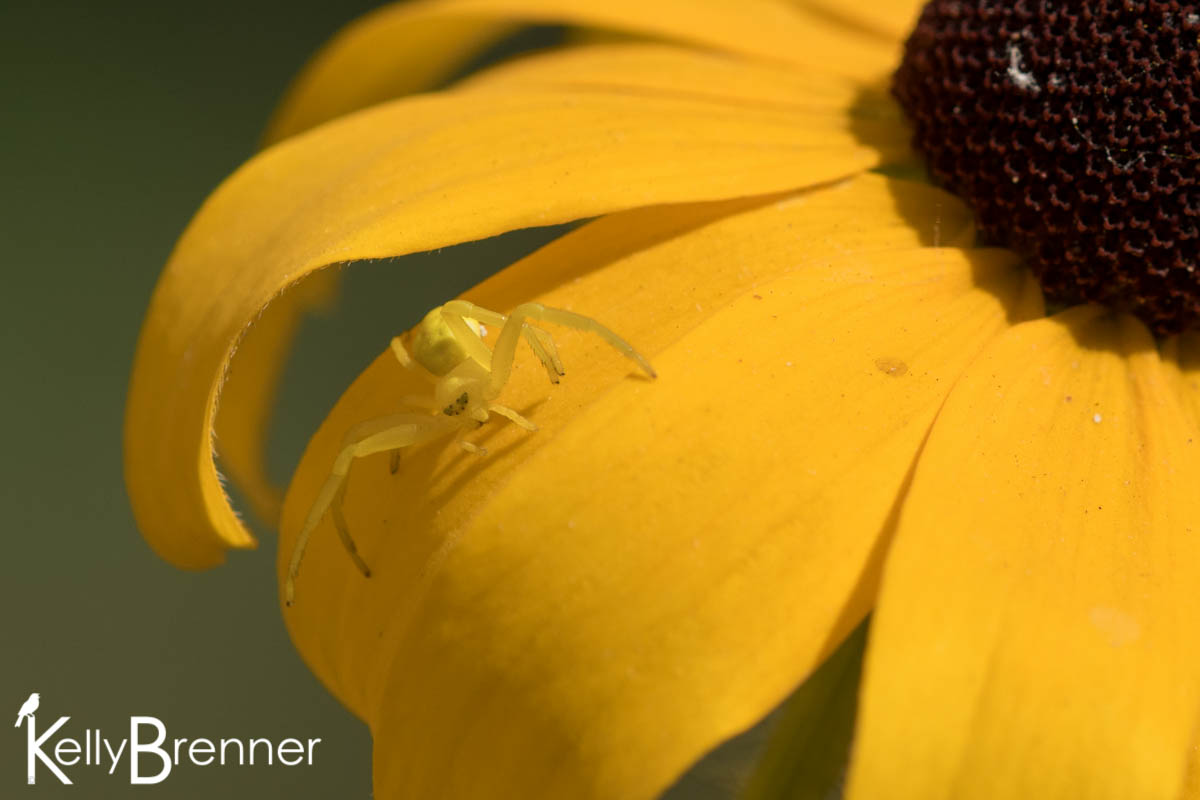 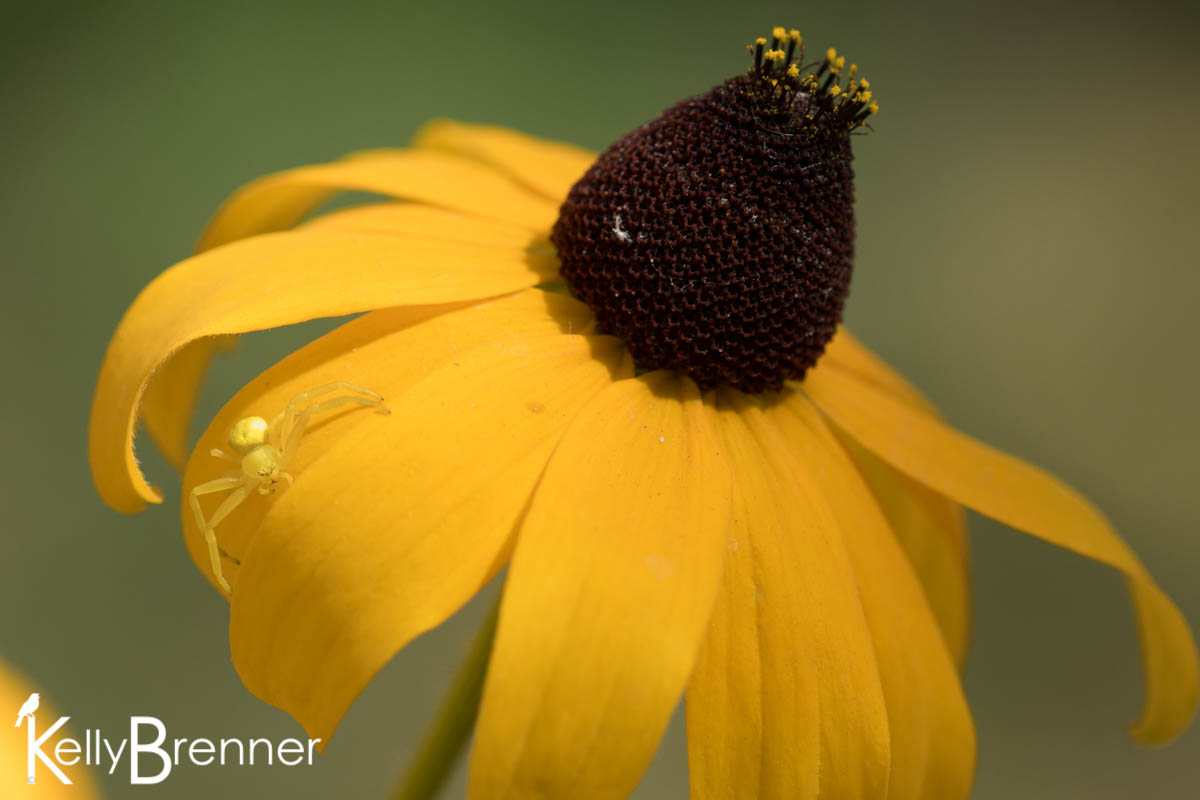 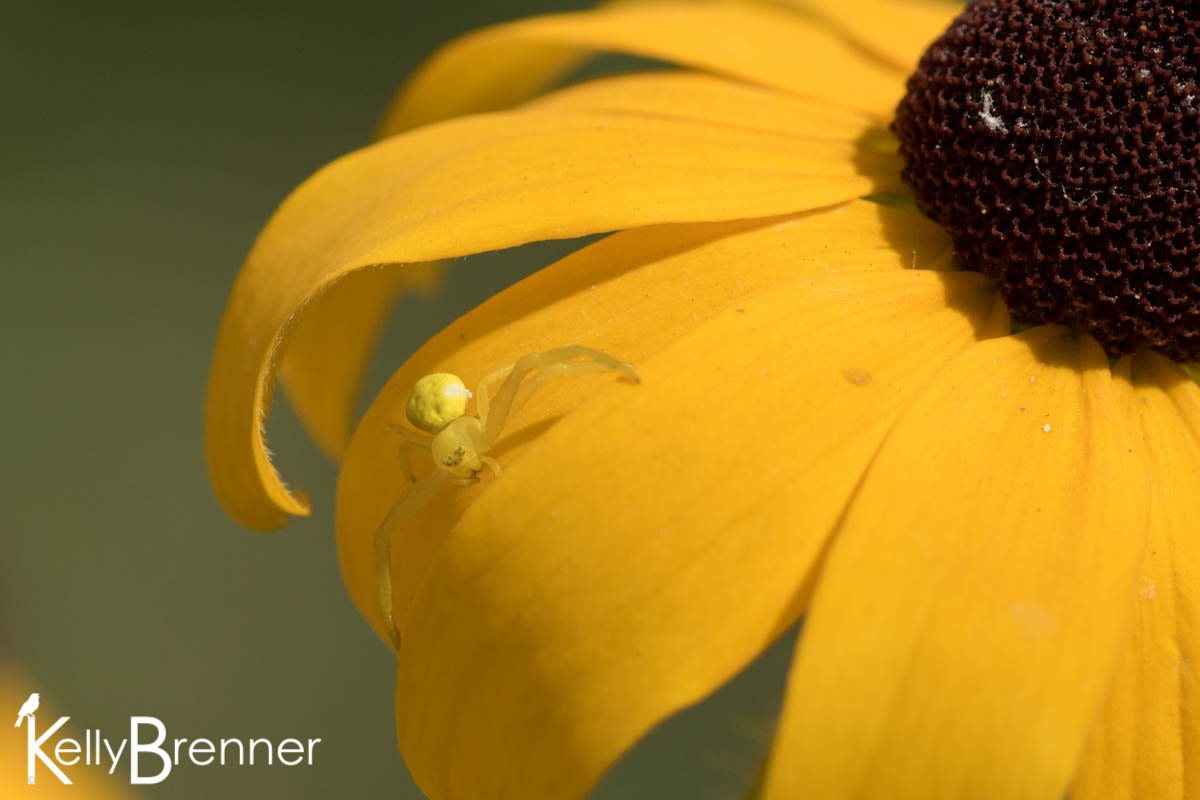 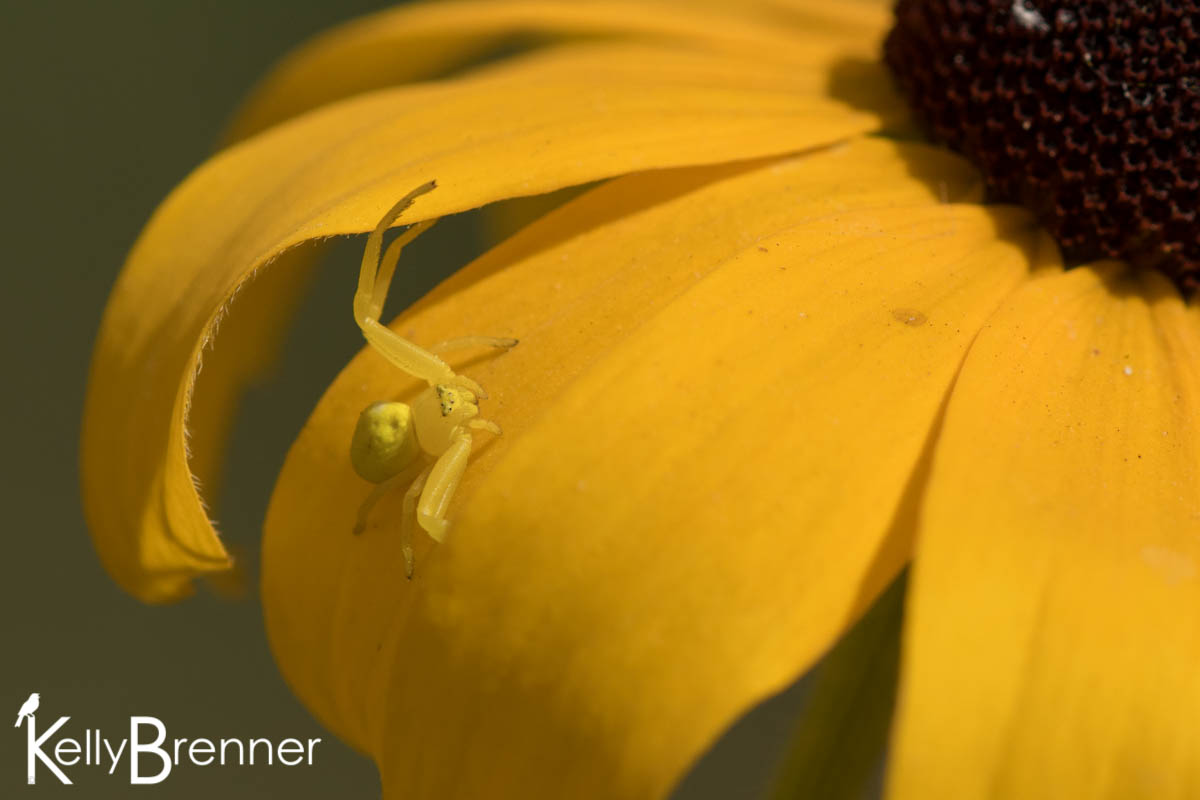 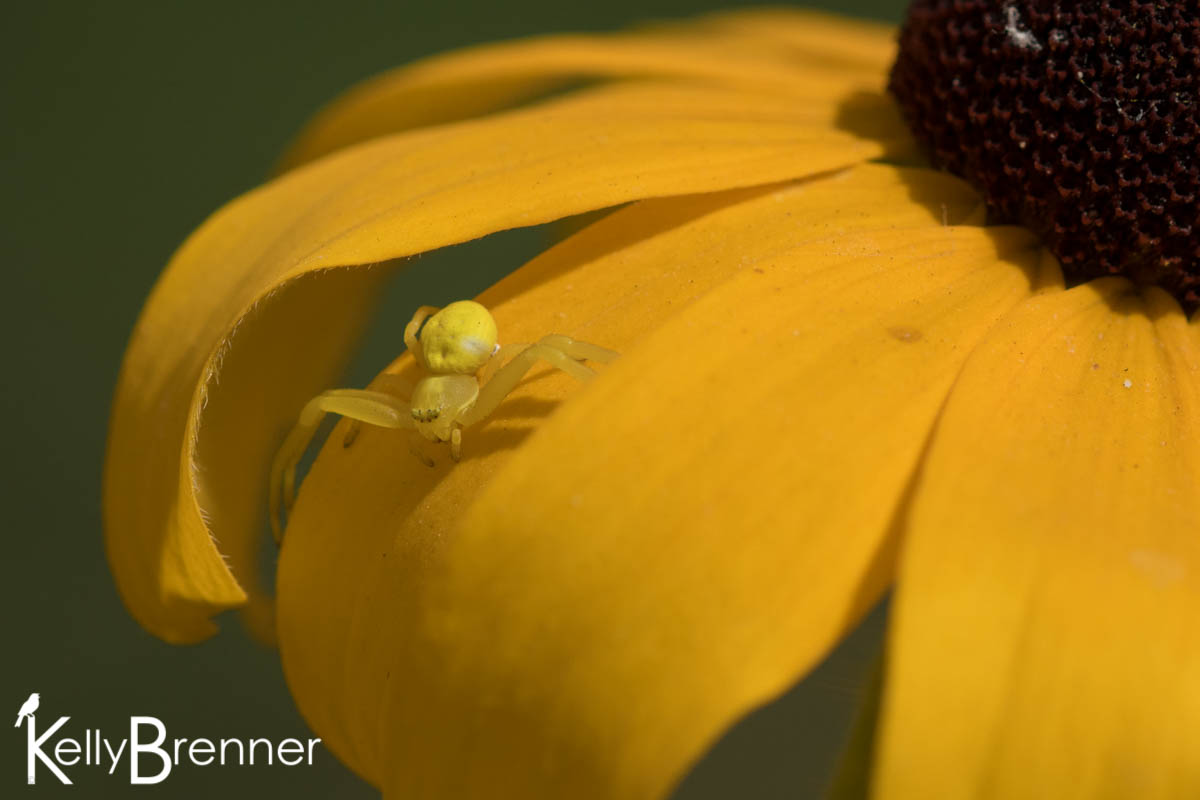 It was blissfully cool and cloudy this morning, a nice change from the record-breaking 90+ degrees the last few days. Yesterday afternoon after I posted for Day 233, I went back out to watch the crab spider again. I noticed the spider had picked one of the very few rudbeckia flowers that still had pollen on the stamens sticking up out of the top of the flower. The rest had already started going to seed. In the afternoon, the spider moved from the base of the petals, up to the top of the plant and pulled it’s four long front legs back, like it was ready to snap them together. I suspected it was actively hunting, waiting for a fly or bee to land on the flower and I sat in the hot sun, watching and waiting with it. Unfortunately I never saw it catch anything before my camera started to get too warm.

This morning I went back out to watch the spider again. It was still on the same flower and now that I knew the secret, I looked at other rudbeckia flowers that still had pollen on them. In another batch of flowers, I found a small crab spider, tucked away in the curl of a petal. It was different, with dark markings on the legs. The weather this morning was windy and even with the plamp it was hard to get photos of the spiders.

This isn’t the first time I’ve found crab spiders in our wildlife garden, back on Day 172 I found a different one on California Poppy flowers. It was brown, unlike these yellow/orange crap spiders I’m finding now. 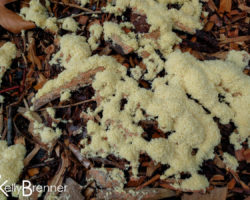 In 2016 I’m doing a 365 Nature project. Learn more about the project and see all the 365 Nature posts. Next to my daughter's forest classroom this morning we found a slime mold. It was hard to miss, being a bright 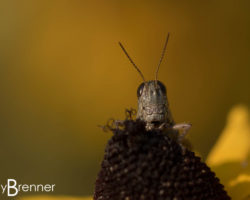 In 2016 I’m doing a 365 Nature project. Learn more about the project and see all the 365 Nature posts. Despite another day of record heat I ventured out to water this morning and see what I could find. I was