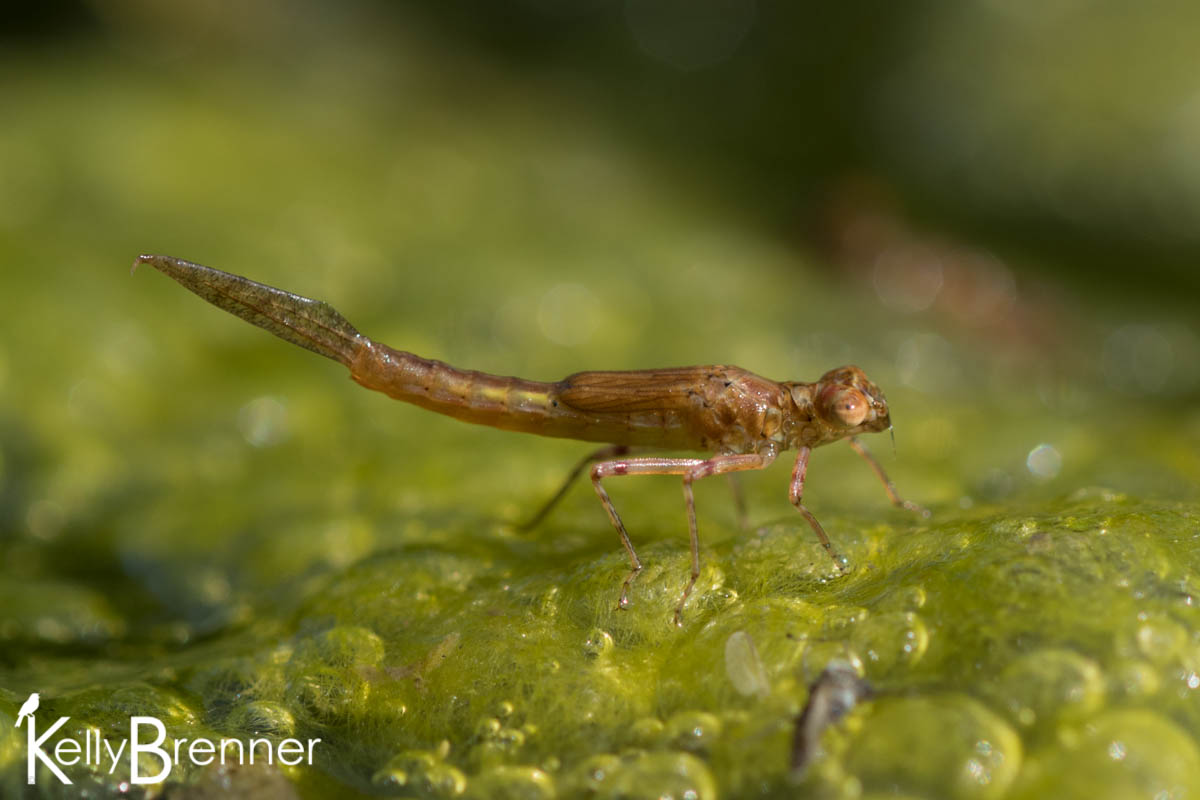 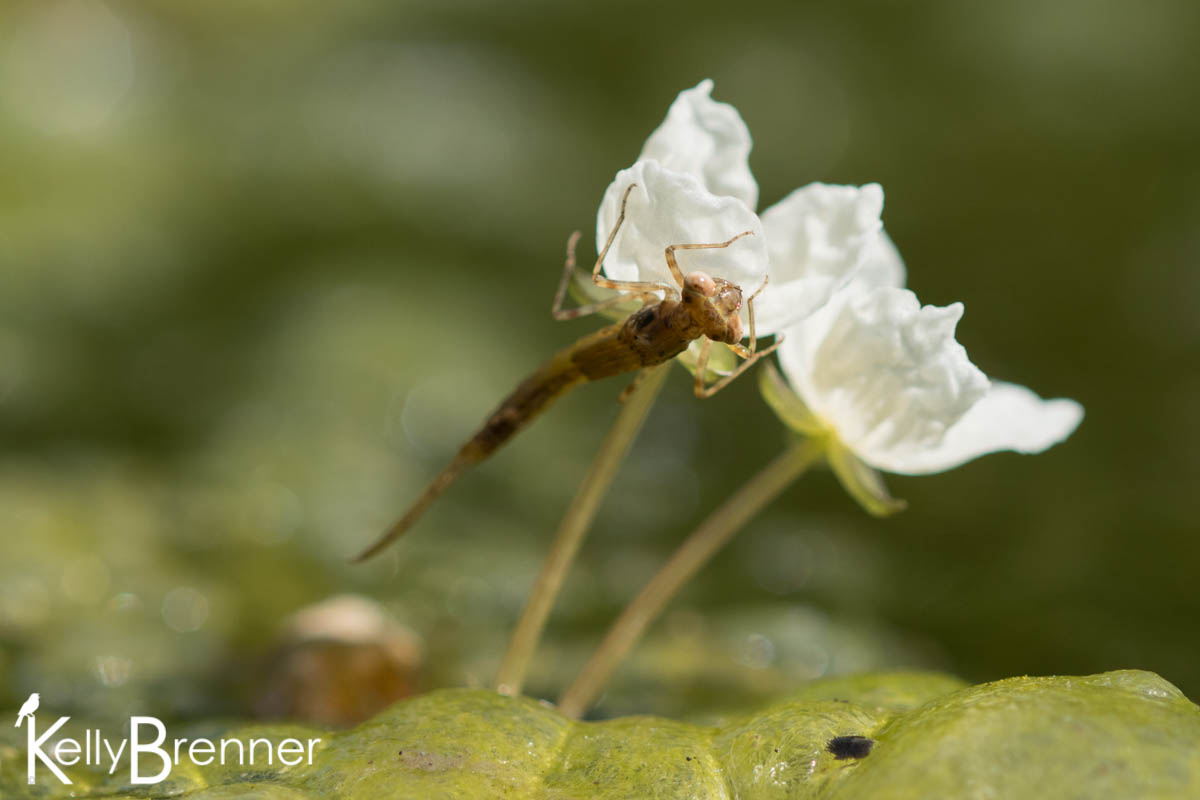 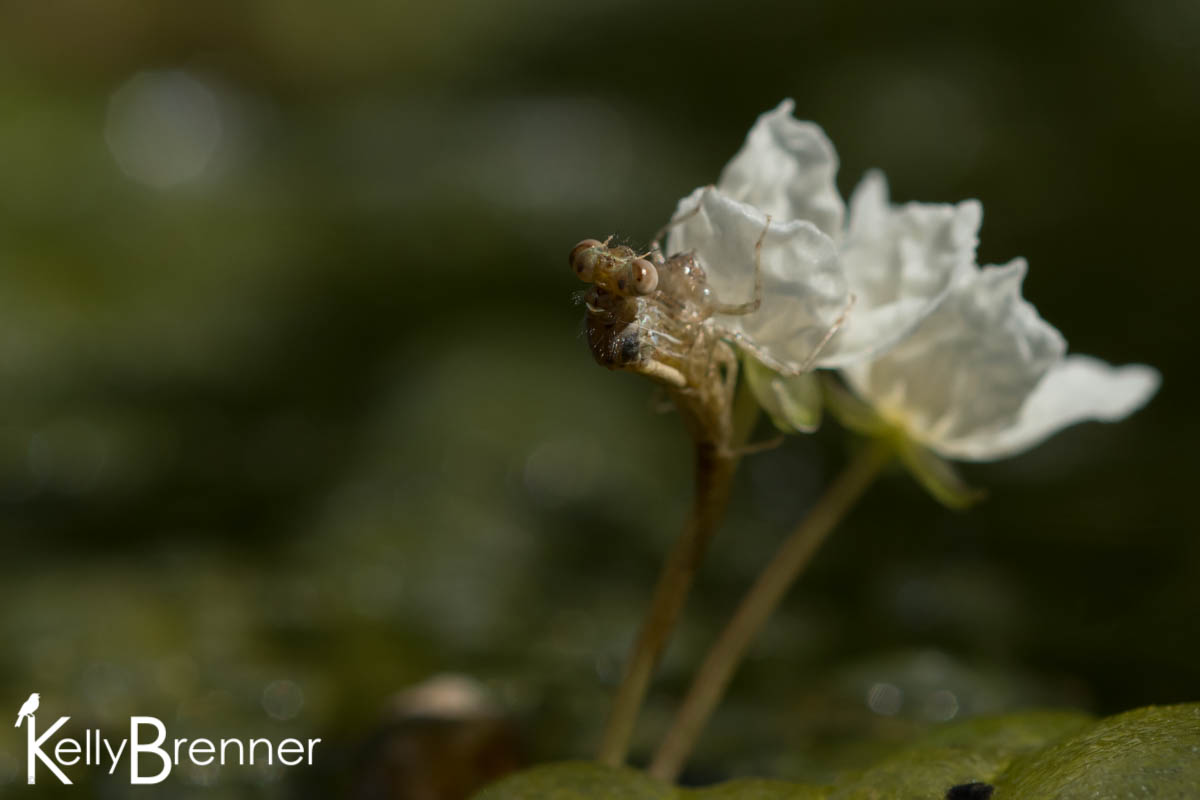 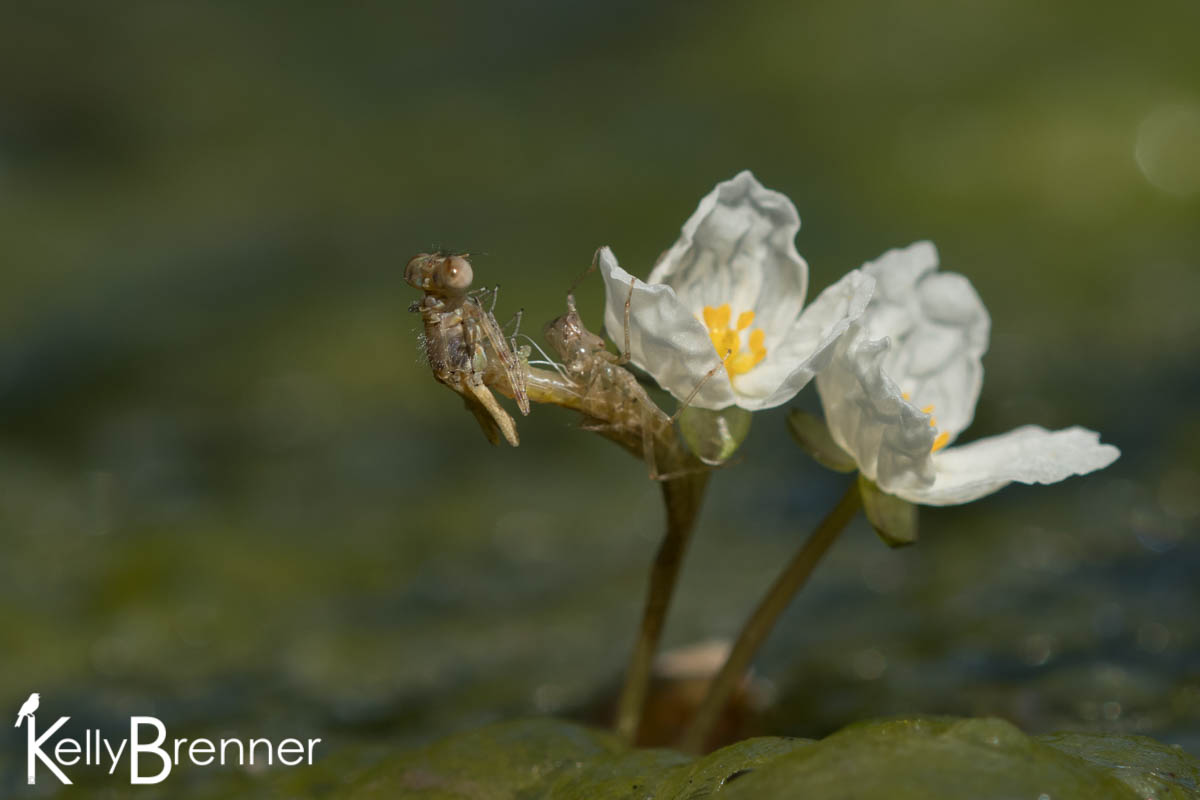 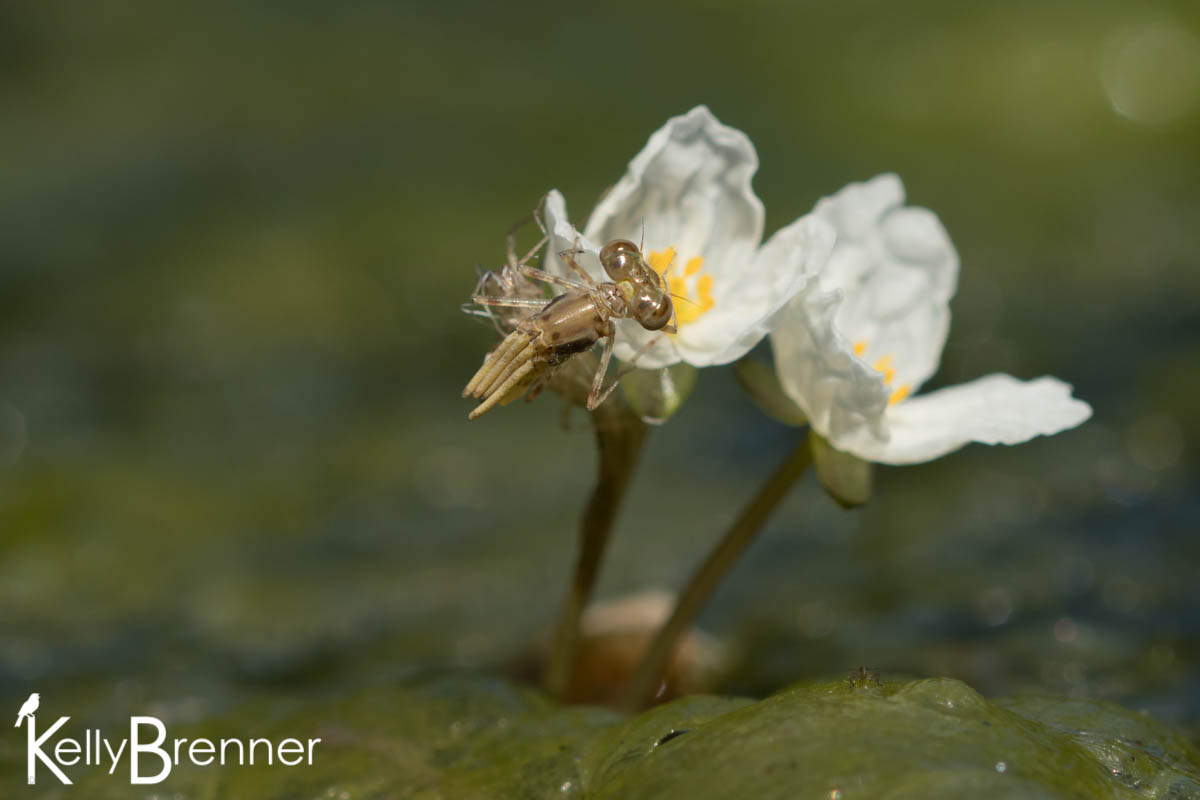 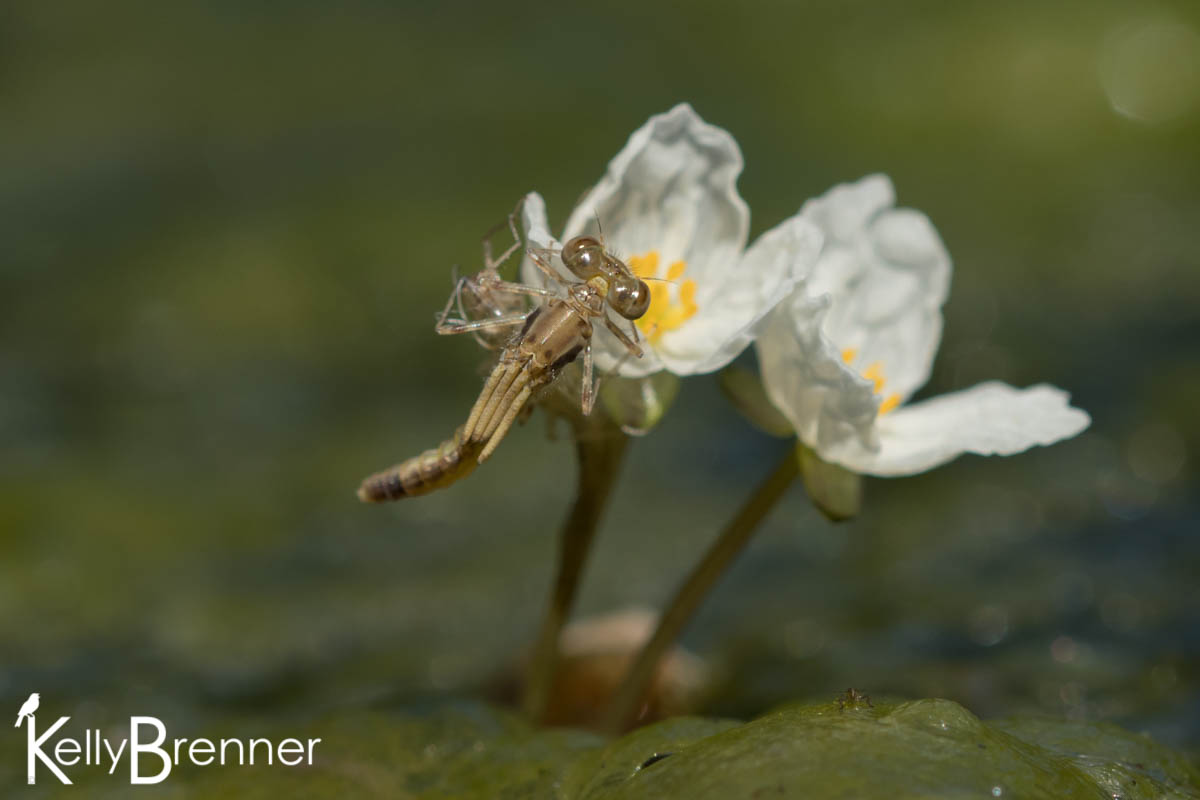 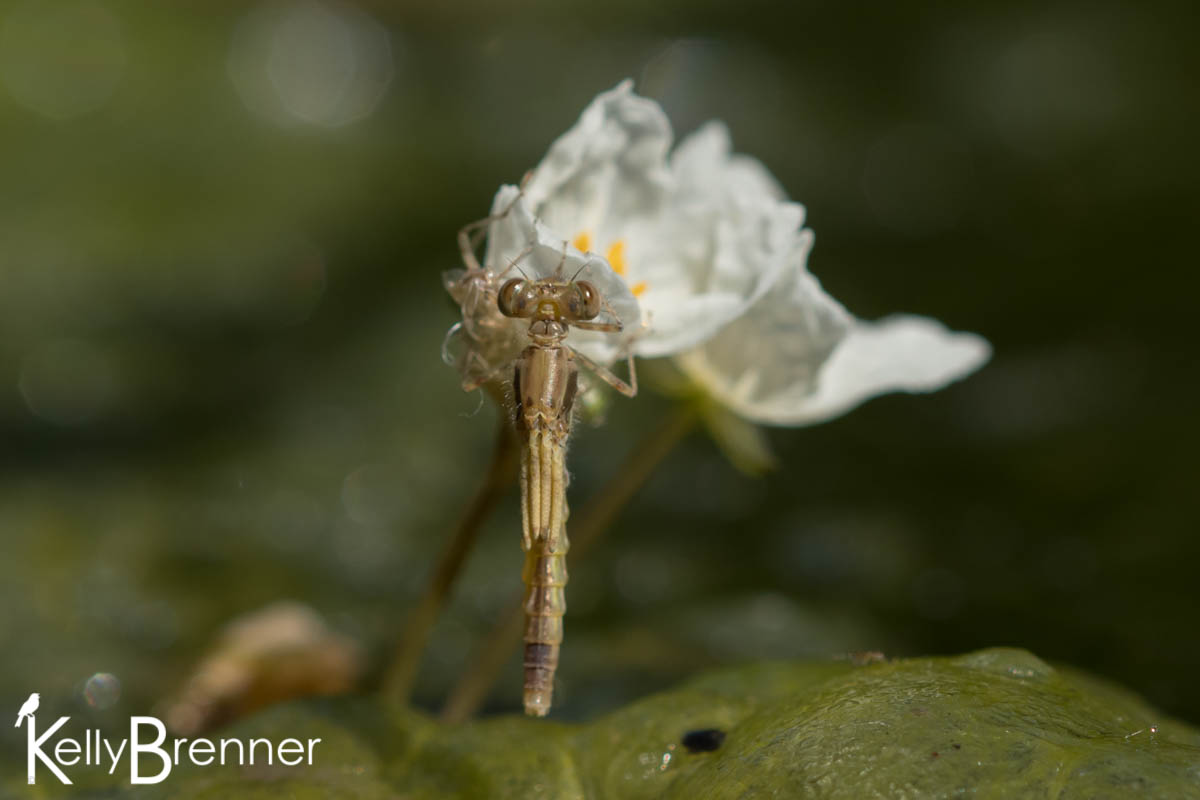 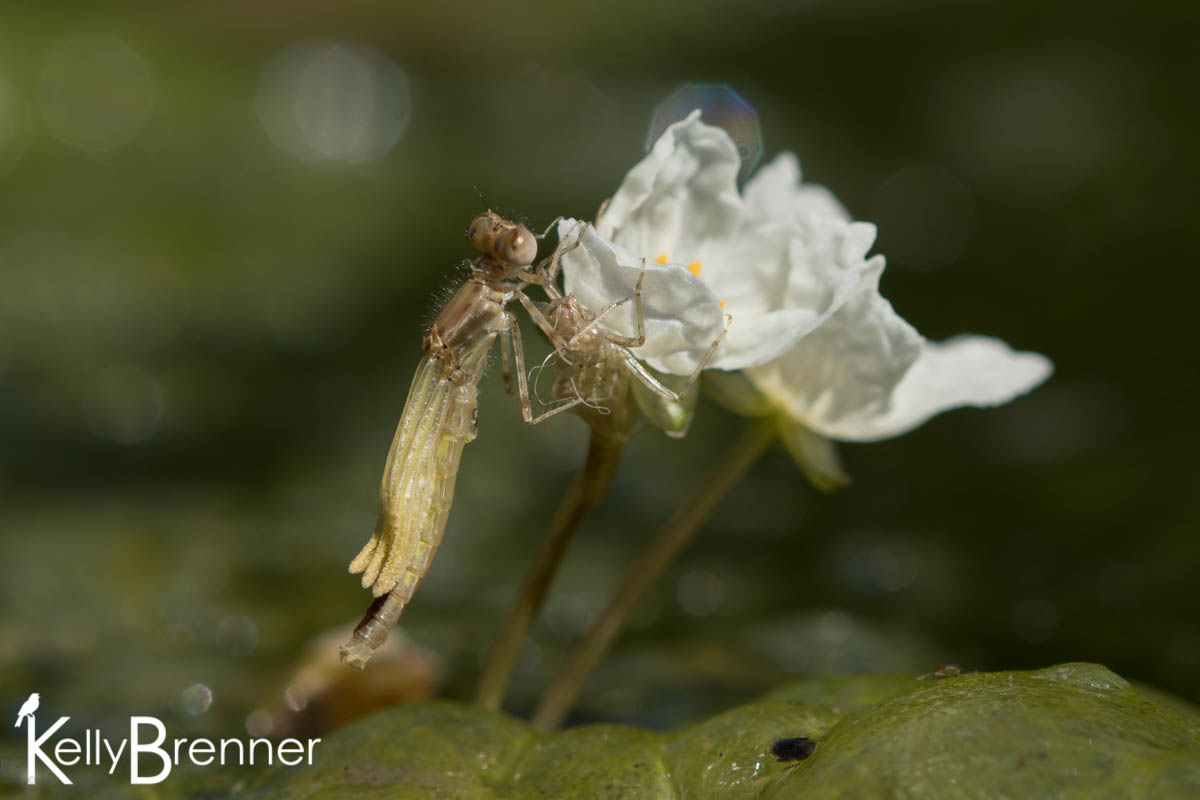 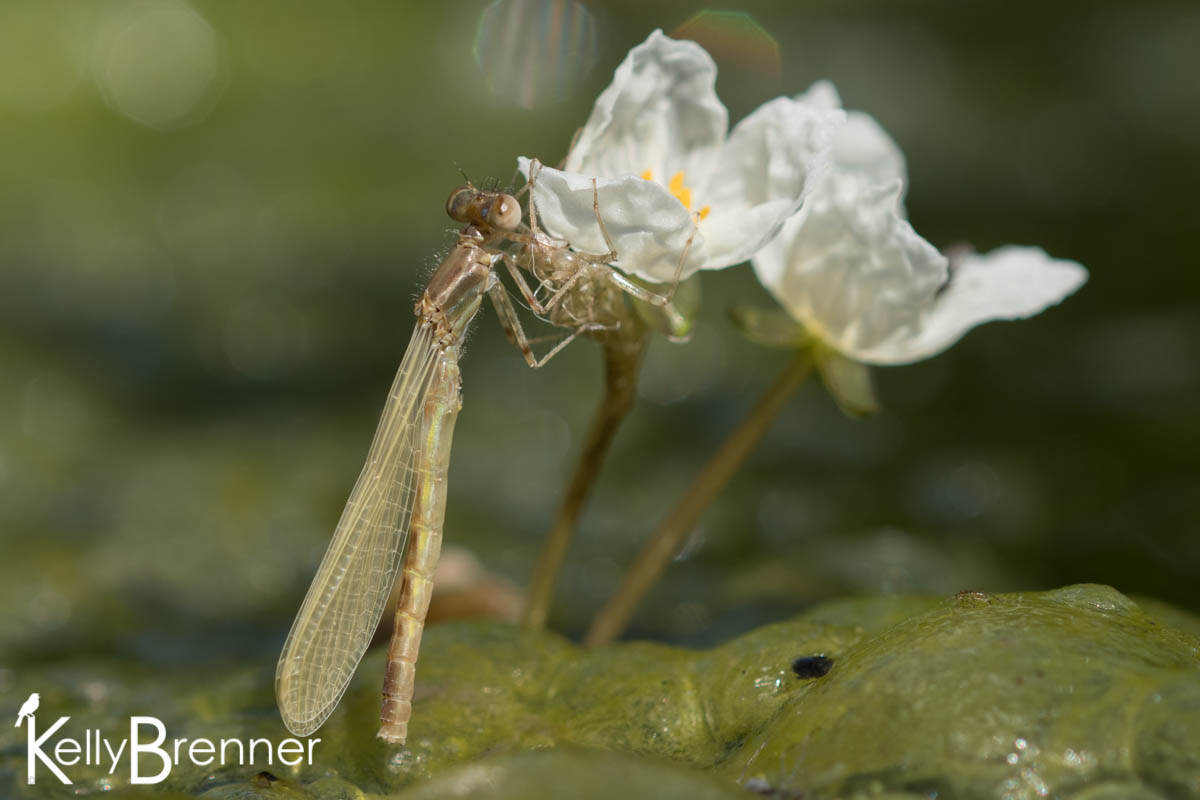 I had so much fun watching damselflies emerging on Day 225 at the arboretum, that I wanted to try my luck again and see if I could repeat the experience. This morning I headed straight down to the pond and sat for awhile listening to birds before moving to the edge of the pond. I returned to the same place I sat last time, an area with abundant vegetation, next to the concrete wall the damsels climbed up to emerge from. Today the algae seems to have spread, much of the vegetation was covered in the spider web-like green strands. I noticed mats of the same algae along Foster Island recently as well.

Immediately, I spotted many female damselflies laying eggs among the patch of vegetation. It didn’t take long to find the first damselfly larva of the morning after I sat down. I watched it move slowly, patch by patch, towards the wall and then haul itself up and out of the water. Unfortunately it climbed up the shady side of the wall so it was hard to see it emerge very well. Fortunately, there were many more this morning and one particular larva climbed up a flower and emerged in the sunshine. I got a good look at that one as the back split open and it pulled its head out, followed by the legs and thorax. There it sat until an adult damselfly buzzed it and it dodged sideways, abdomen still inside the larval skin. It then grabbed the flower and pulled itself the rest of the way out.

I watched a black beetle with food try and find somewhere to either eat it, or hide it and it walked down the side of the wall, promptly falling into the water. I rescued it from the water and tried to put it back on the grass, but it had grabbed my finger and it took awhile to get it to let go. Guess it didn’t want to fall in again. Later I noticed a damselfly larva swimming in place and when I looked closer, it appeared to be tangled in the algae threads. I gently tried to pull it out, and was successful, but it started to sink and when I put my finger under it, the larva grabbed on and wouldn’t let go. I tried to transfer it to the wall, but it took many attempts to get it finally onto the wall. It emerged from the exuvia a short time later.

Some kids in a summer program ran up to the pond and spotted the turtles and fish, a couple even pointed out the dragonflies. But not one noticed the smaller invertebrates in the water. It was that moment I watched the damselfly emerging and it felt a privilege to  watch such a moment that nearly everybody else overlooks and doesn’t even see. 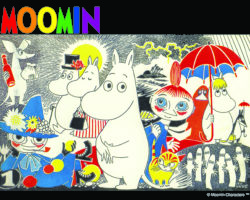 In 2016 I’m doing a 365 Nature project. Learn more about the project and see all the 365 Nature posts. Today starts a, hopefully brief, heatwave in Seattle and because I'm adamantly opposed to the heat, we retreated inside for the 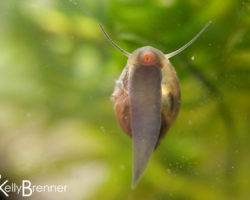 In 2016 I’m doing a 365 Nature project. Learn more about the project and see all the 365 Nature posts. About a week after making my first wetland in a bottle, we took some time this morning to take a close