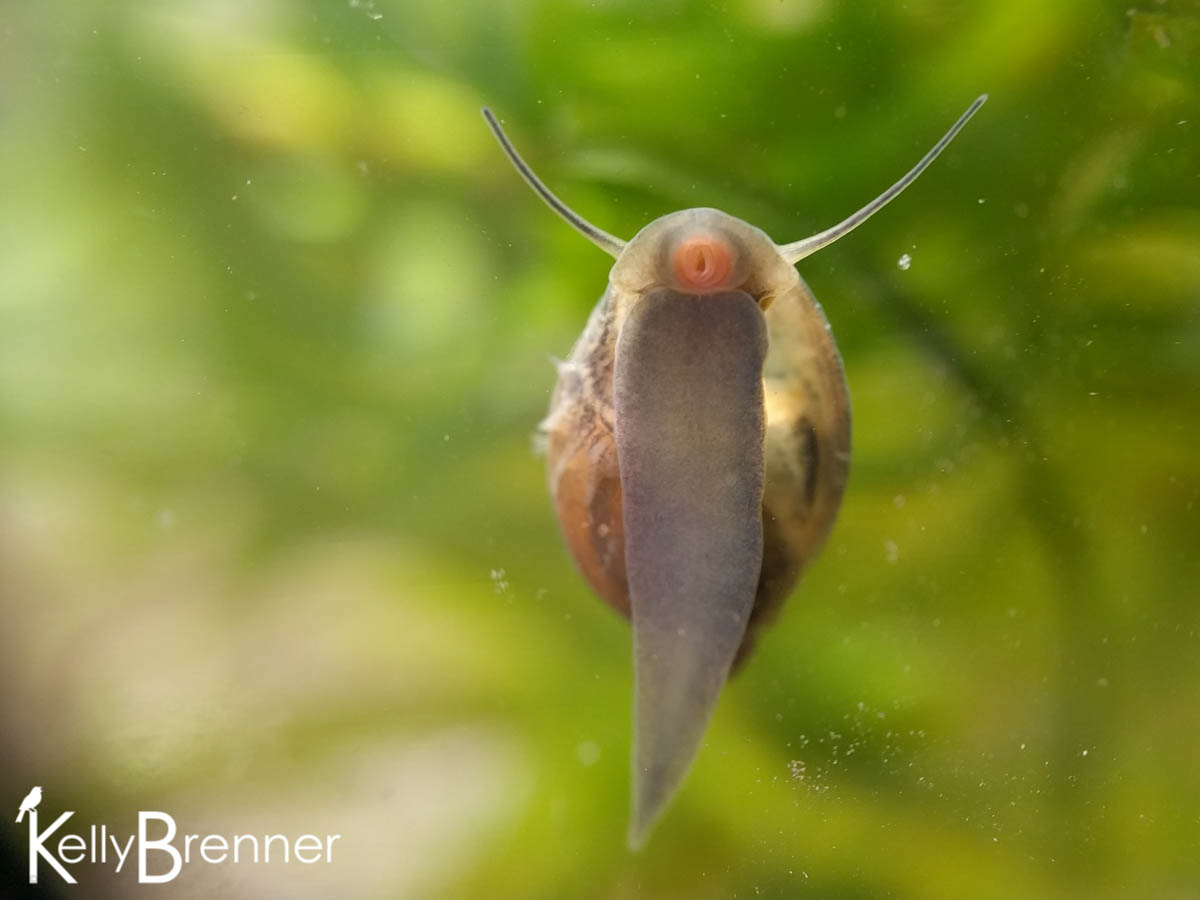 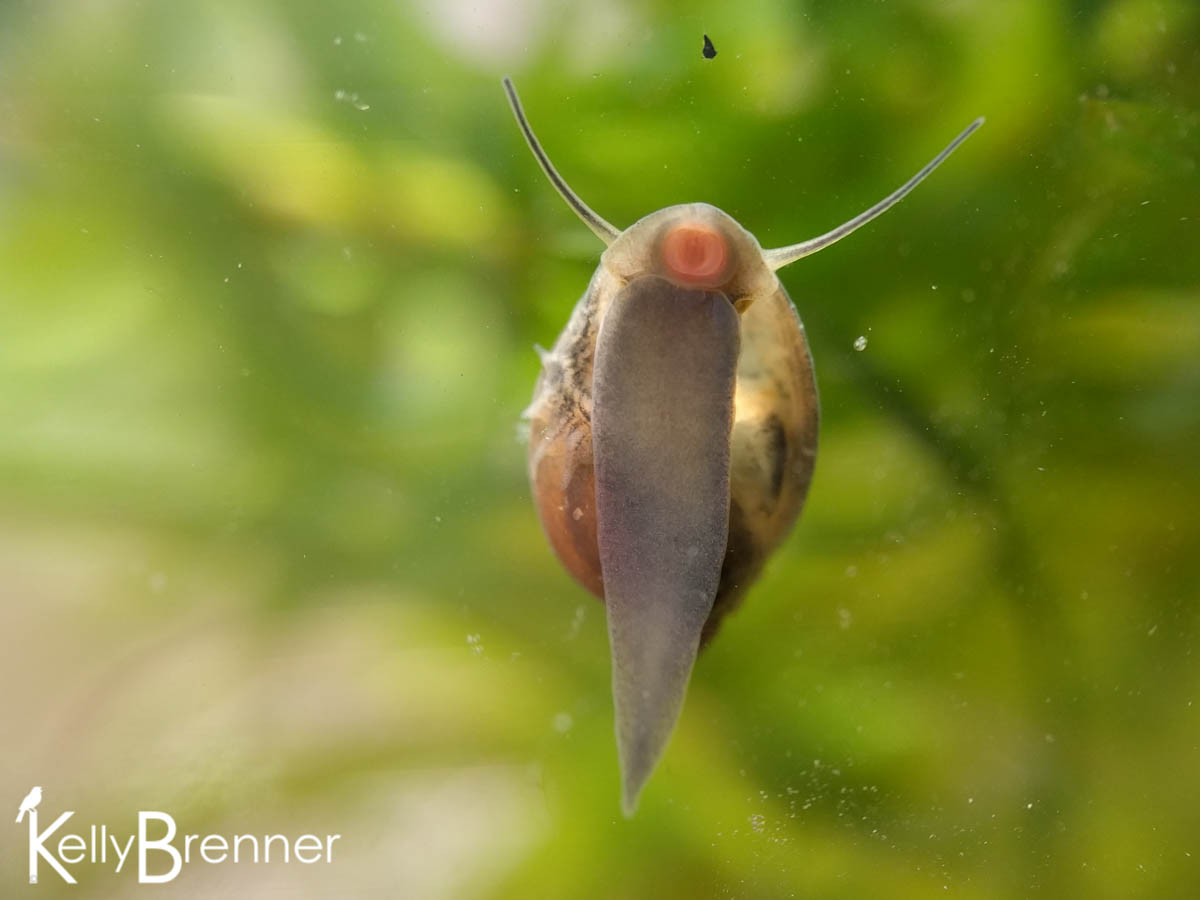 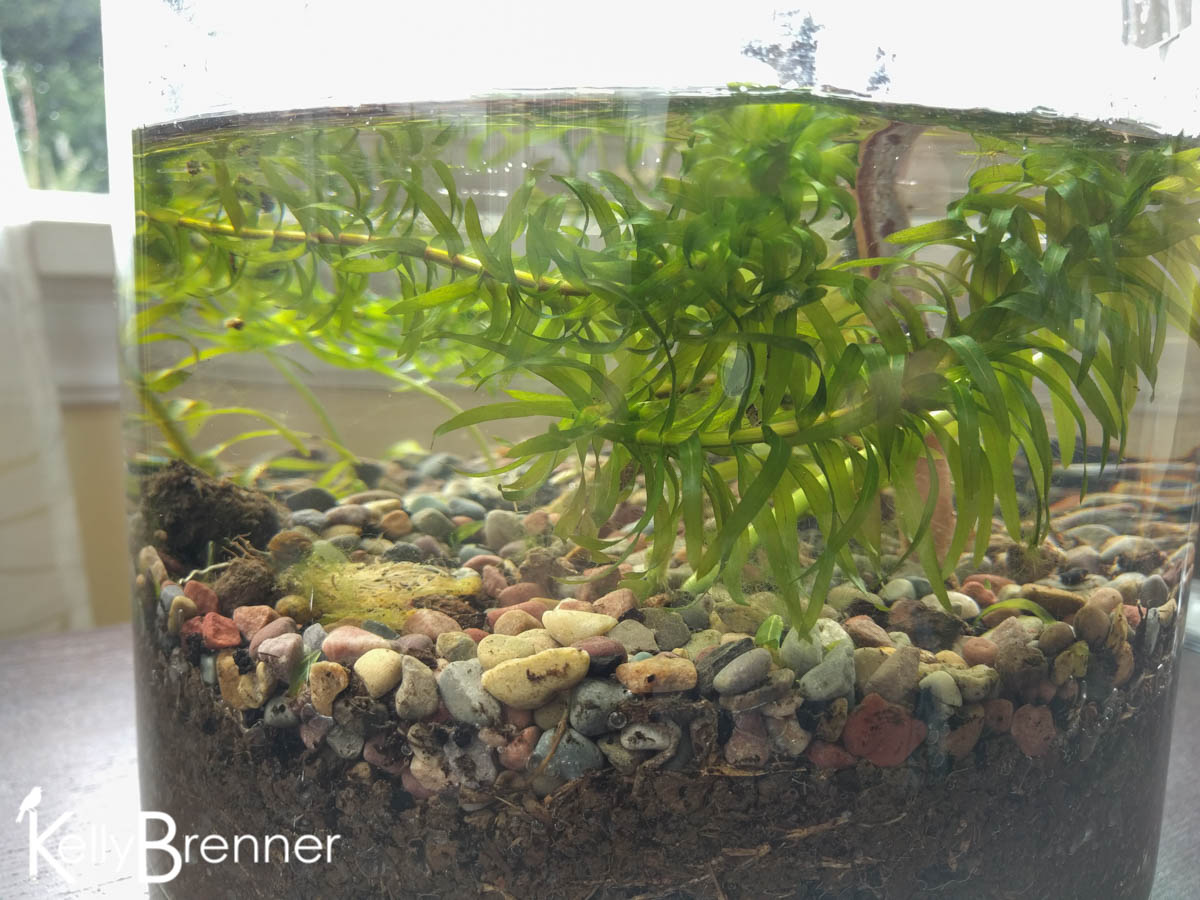 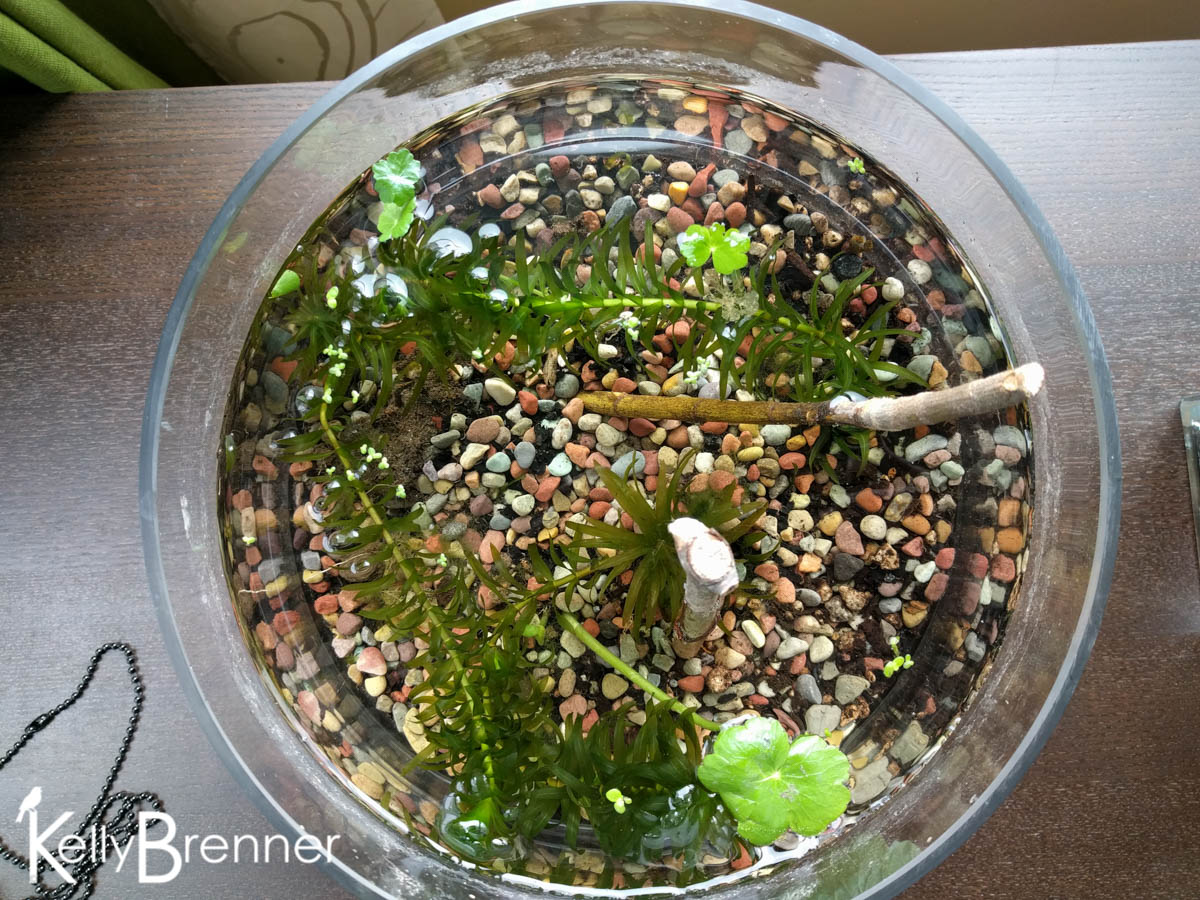 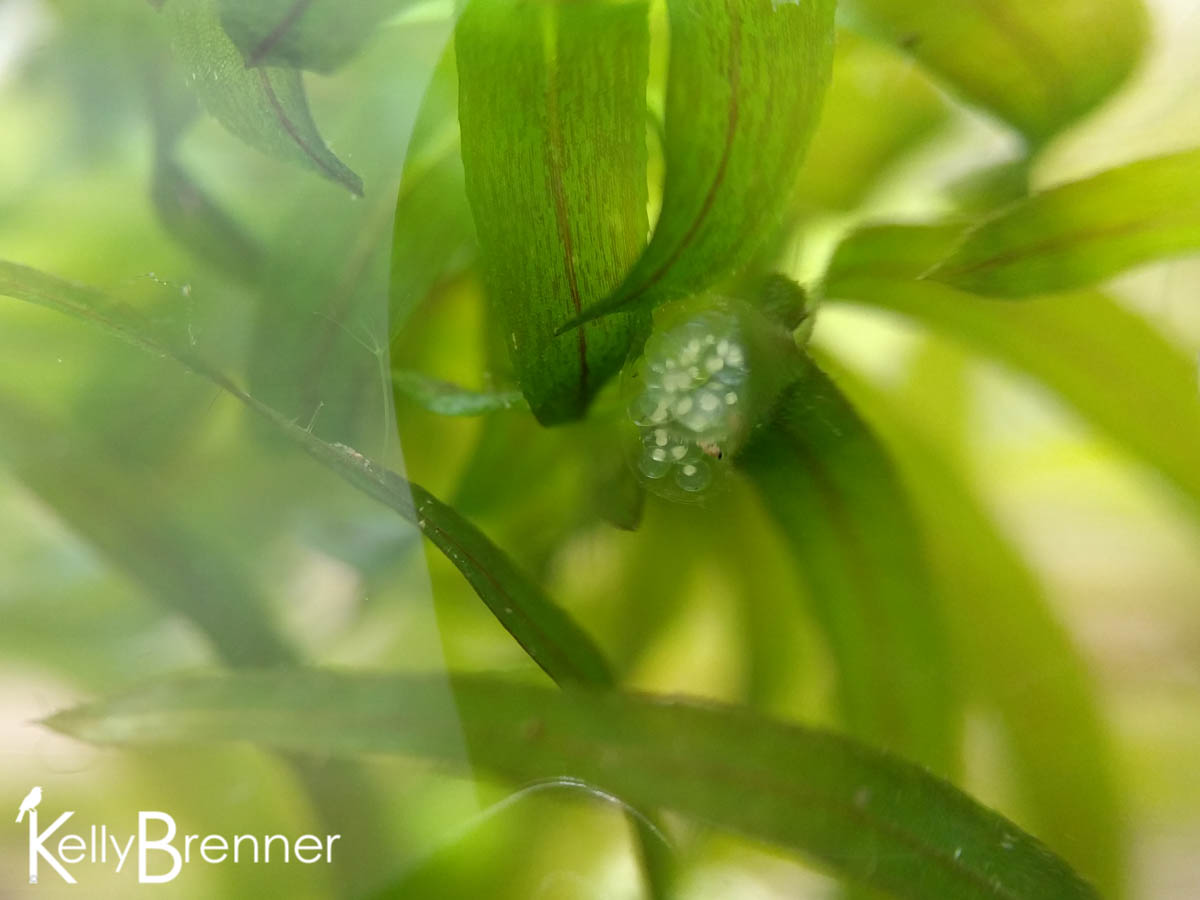 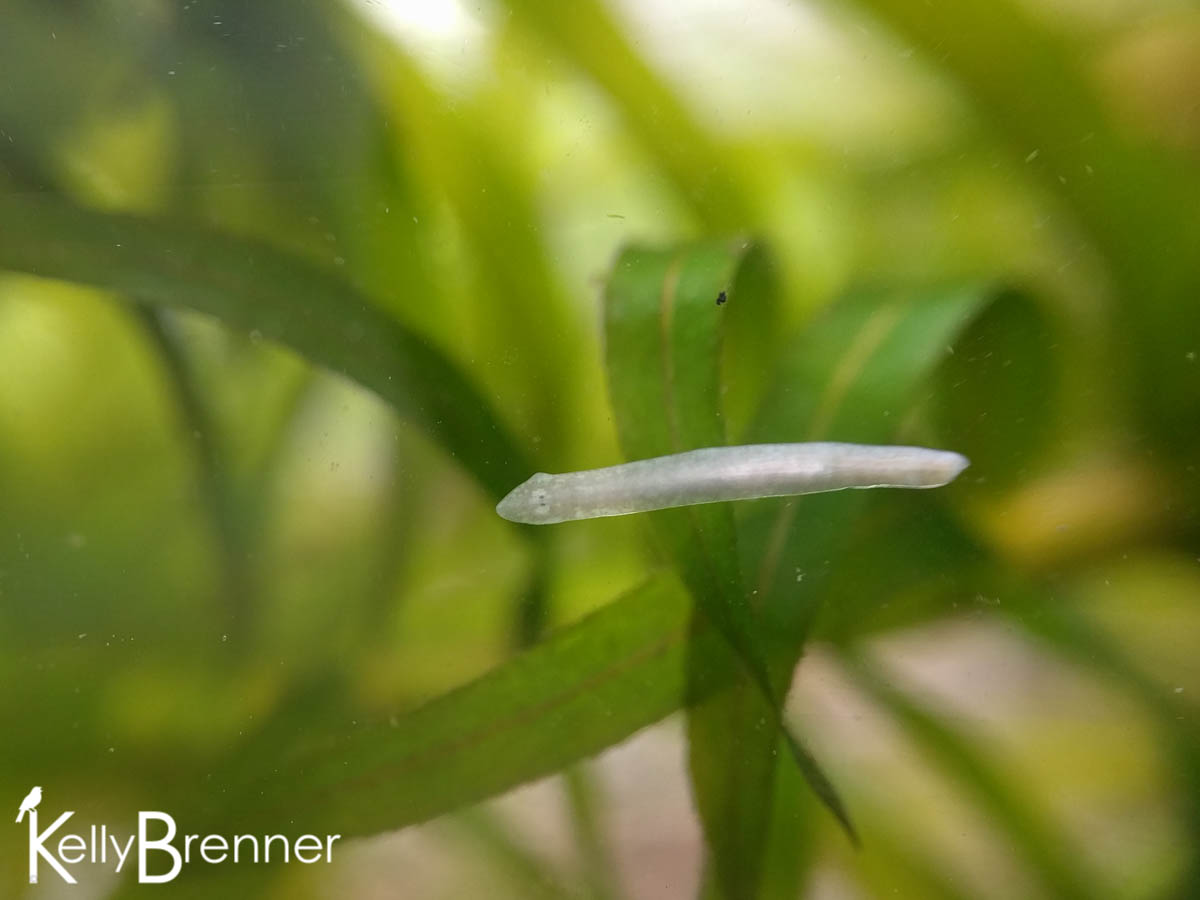 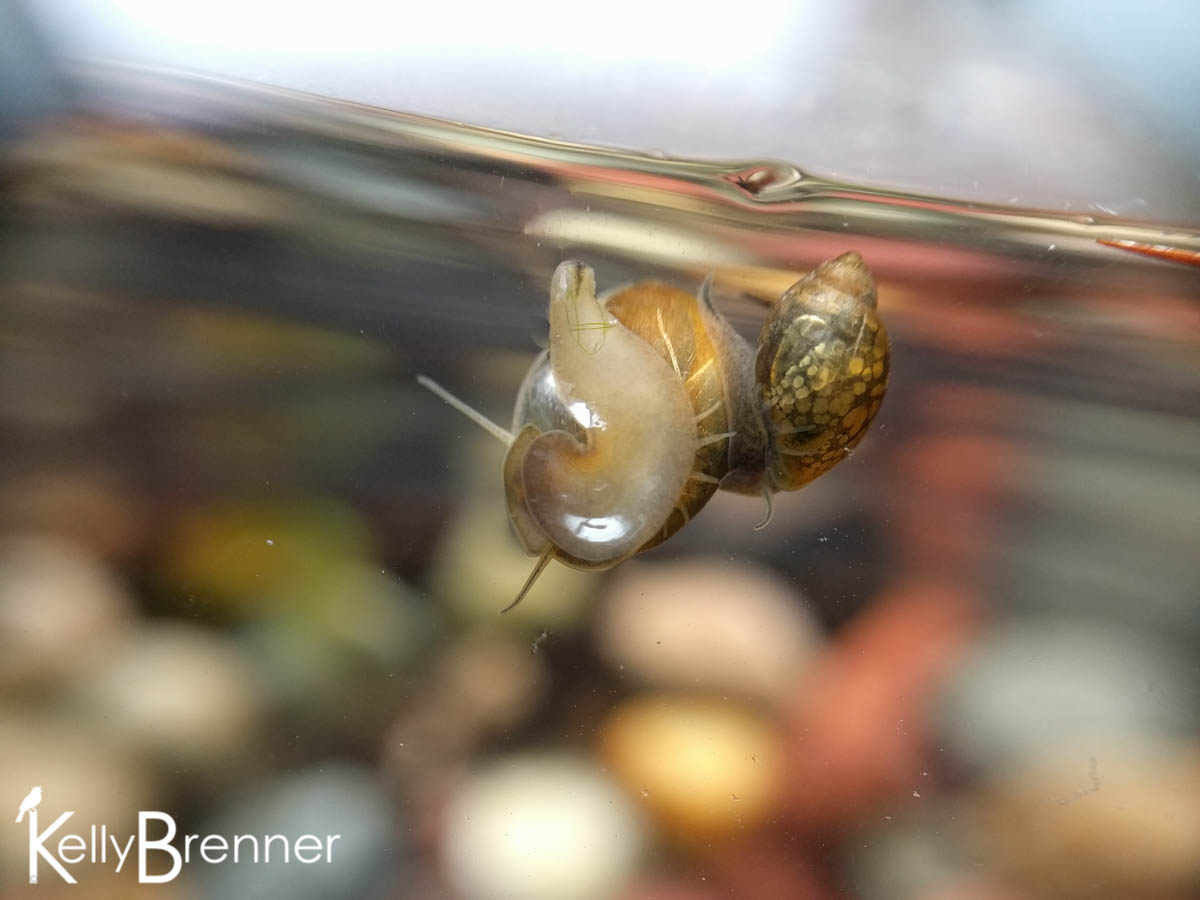 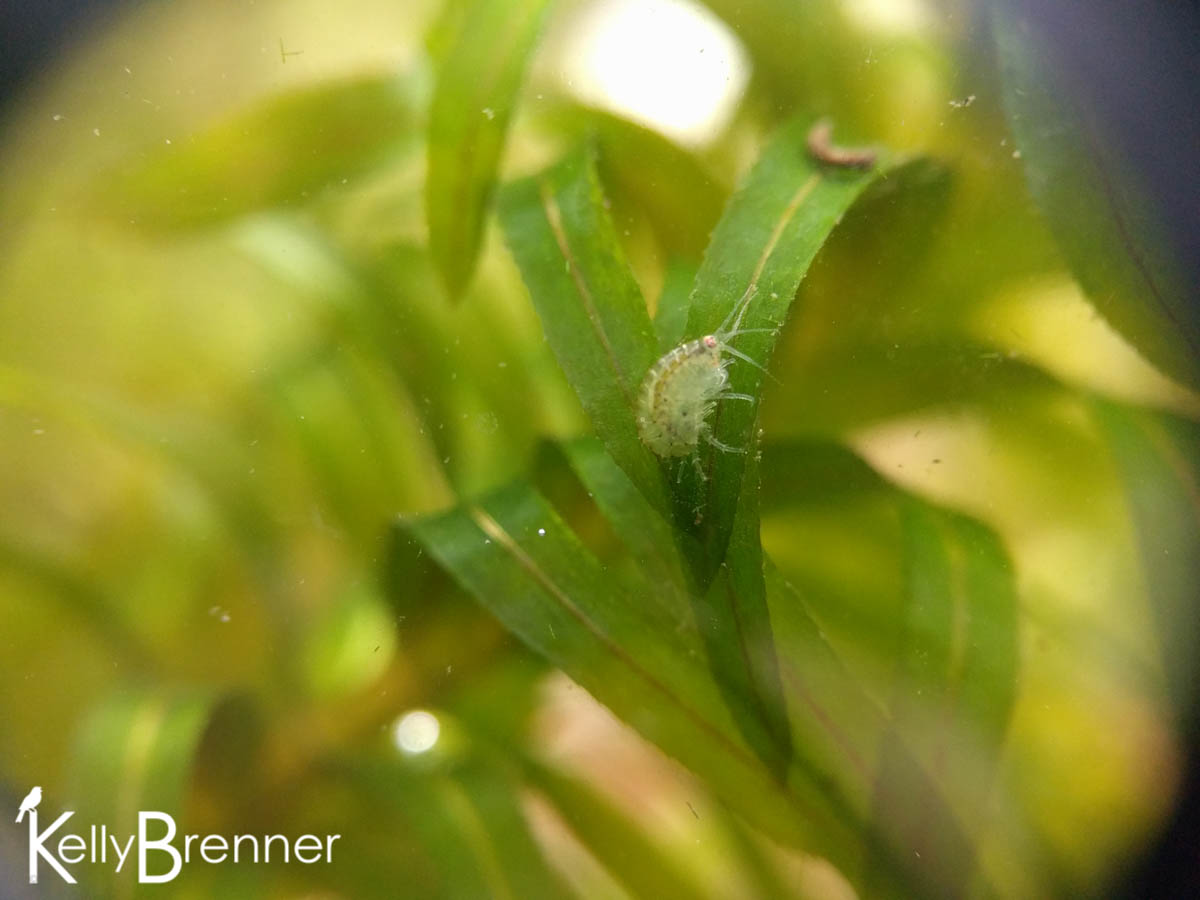 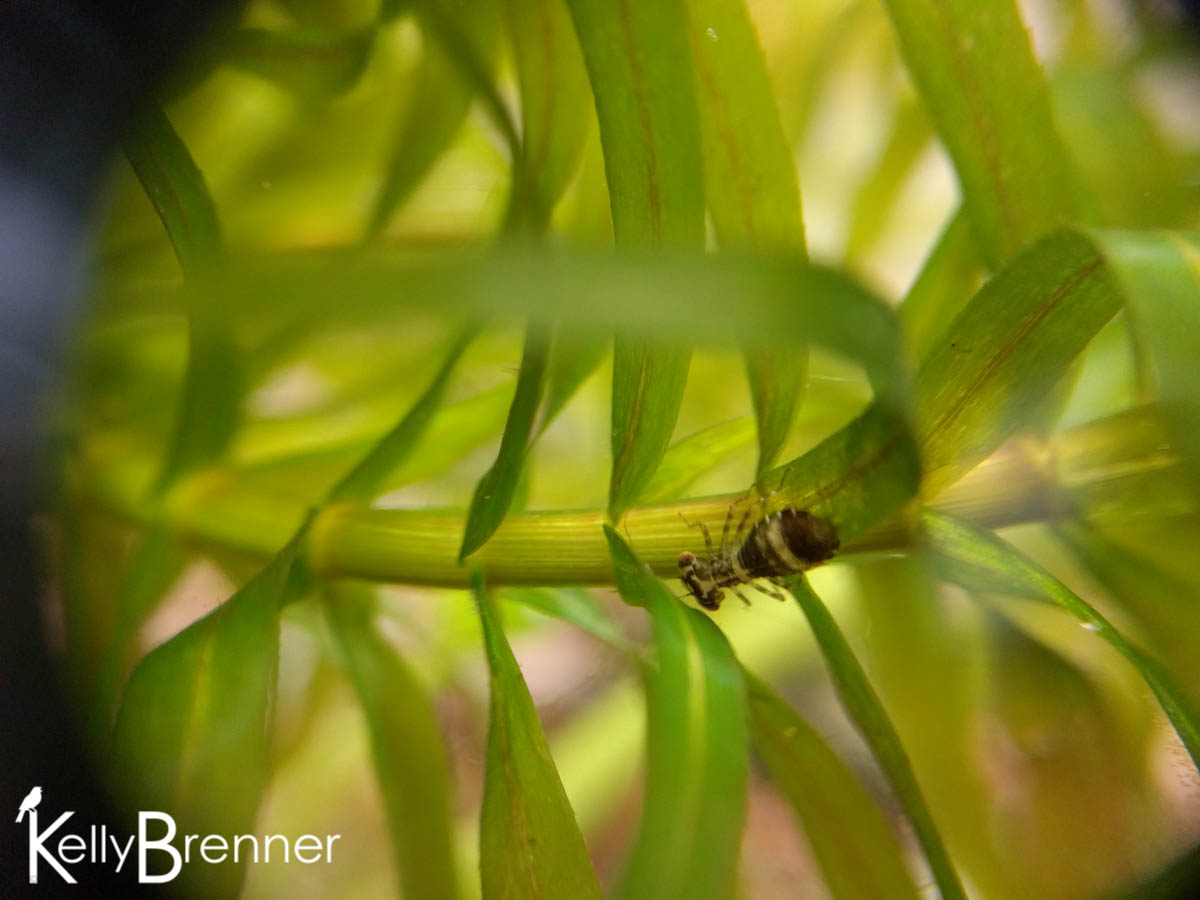 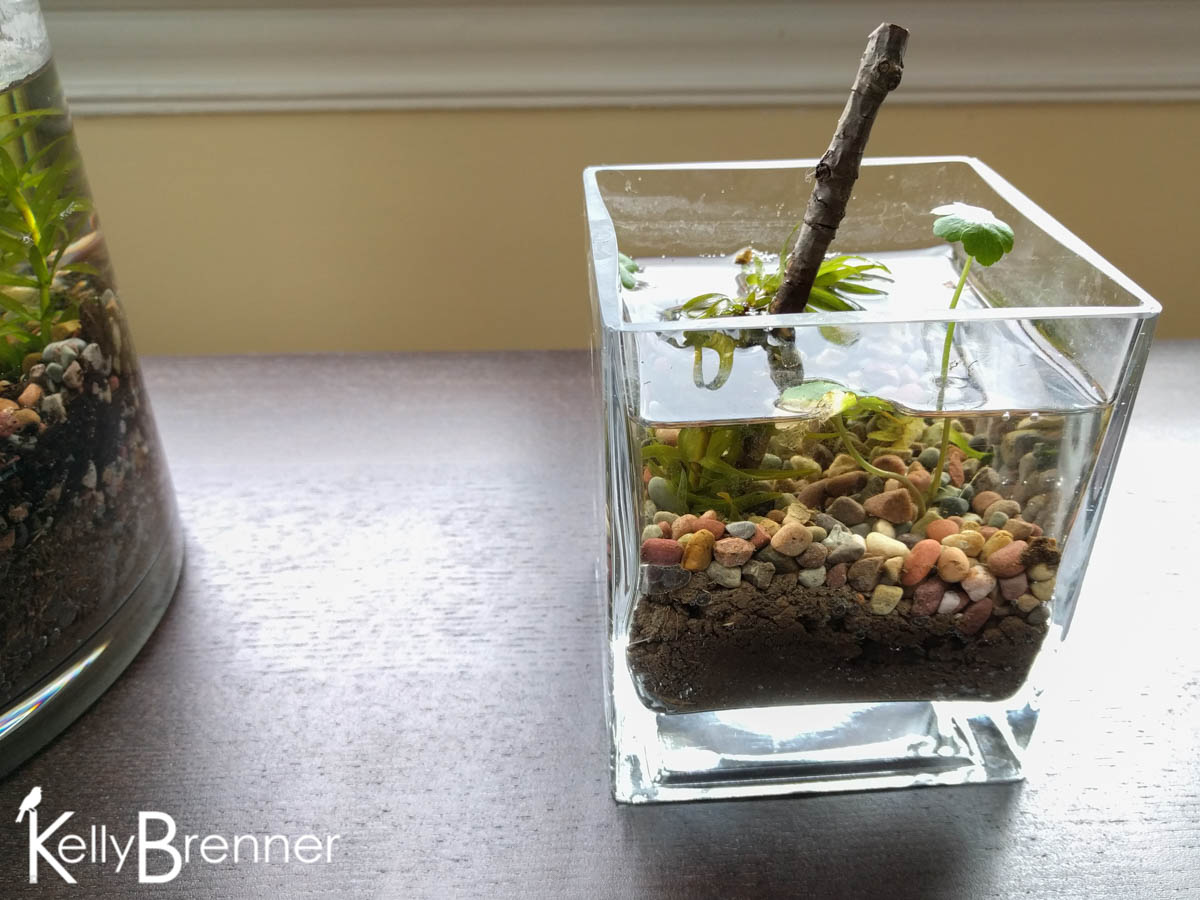 About a week after making my first wetland in a bottle, we took some time this morning to take a close look at how they were doing. I made the first at a class, and on Day 223 my daughter and I made two more. The first we made together was my daughter’s, in a small, square glass container. The second was a larger one in a wide, circular glass container. We put soil from our backyard in it and then some gravel. I ran out of the gravel and had to salvage some from an older terrarium, so at first it was pretty cloudy with the loose soil mixed in the rocks. Today it’s very clear as all the soil settled back down.

On Day 225 while at the arboretum, I filled my test tubes with water from the pond. I added some plants to the test tubes, what I think may be Canadian Waterweed. I also pulled a little bit of another plant I haven’t identified yet. Some of them had snails on and I made sure they came along to populate our new wetlands. I watched the damselflies laying eggs and I plucked some of the Canadian Waterweed where they had been laying, hoping to be able to have some nymphs to watch. As I scooped water, I noticed some other invertebrates swimming or crawling in the tubes.

Today we took a look and found a couple of small snails in the square wetland. Unfortunately, after we created that one, the two larger snails had climbed out of the container. I found them after our camping weekend, dried out and stuck on the table the wetland was sitting on. I was glad to see smaller ones still alive in the container. The snails are fun to watch because they spend a lot of time sliding around on the glass and we can watch them from the underside. They have pink mouths and with the hand lens we can watch them open and close while eating.

In the larger wetland, we found many invertebrates including several large snails and many small ones. I also spotted several flat worms that slide around on the glass. Strange looking animals. Another swimming creature I saw looks like a small, milky-colored shrimp. A tiny, dark creature caught my eye and when I looked at it with my hand lens, it looked a lot like a damselfly larva, but not like the ones I watched on Day 225. I’m not sure that’s what it is, but I’m really hoping so. Under one of the leaves I found a mass of clear eggs that I’m excited to watch and see what hatches.

It’s going to be a lot of fun to watch the wetlands grow and change and to learn about our aquatic invertebrates. 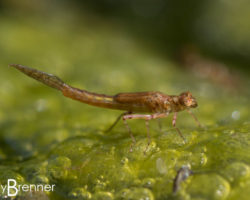 In 2016 I’m doing a 365 Nature project. Learn more about the project and see all the 365 Nature posts. I had so much fun watching damselflies emerging on Day 225 at the arboretum, that I wanted to try my luck 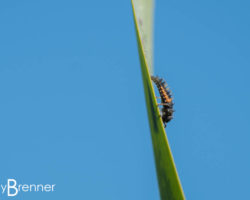 In 2016 I’m doing a 365 Nature project. Learn more about the project and see all the 365 Nature posts. After the last few days, and indeed, the last three weeks, I've felt a nature overload. Between the Scottish Highlands, Mount