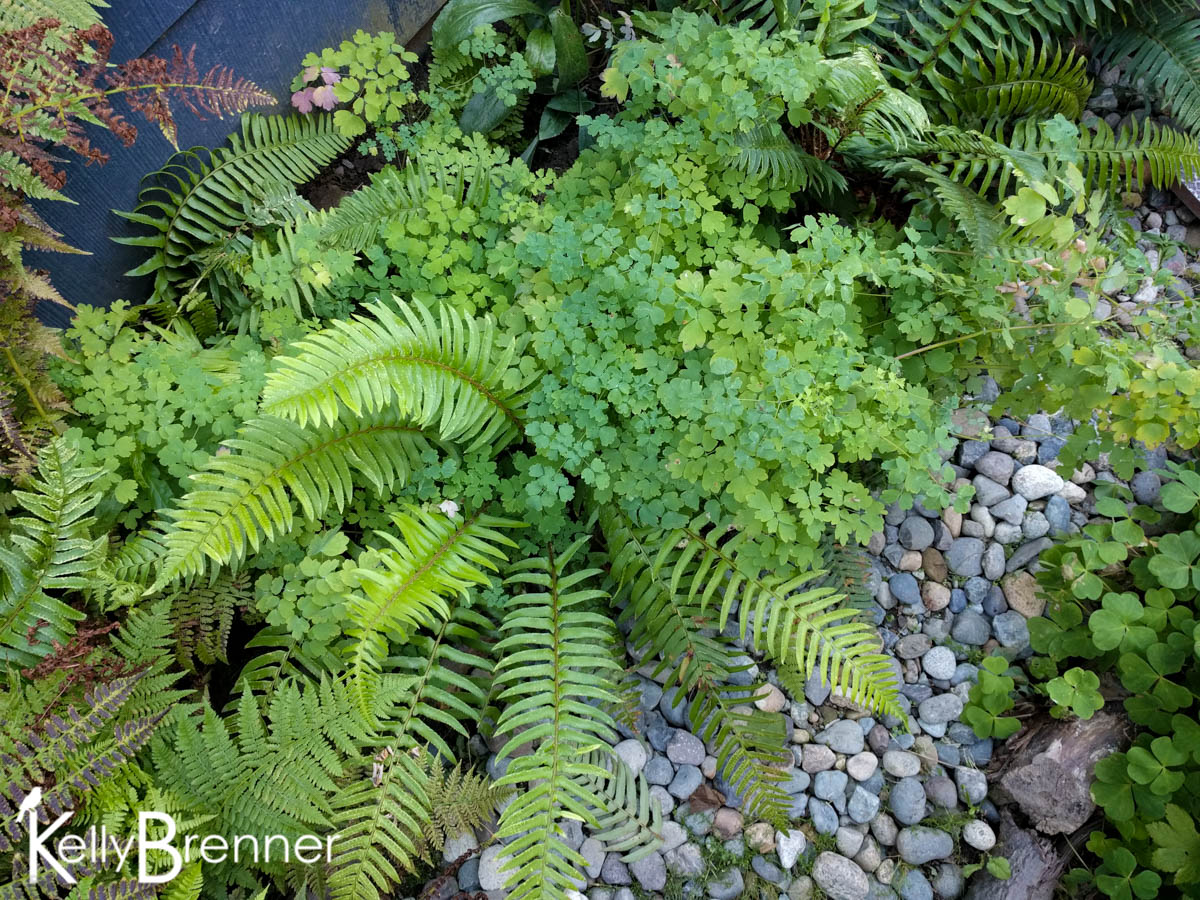 By Kelly BrennerAugust 11, 2016No Comments

The side garden in our backyard is one of the areas I’ve focused the most attention since we moved in, nearly four years ago now. I’ve planted two Vine Maple trees, one I had to replace after it died in last summer’s drought. I also have several types of ferns, penstemon, Tiger Lily, Sweet Cicily, Western Trilliums, Wild Ginger, Snowberry and others. I first planted Large-leaved Avens which grew well there, but since then it’s spread too much and today I pulled most of it out. It was burying the Trillium plants and coming up in the middle of the walkway. The path had nearly disappeared over the last month and today I worked on pulling all of the weeds and grass that keep creeping in. Three blackberry plants were working hard to get established and I pulled those out too.

On Day 117 I laid down a river rock path through the side garden and it looked really nice. Until the weeds took over.

It looks nice now and I unearthed some of the low-growing plants that had been taken over. I had forgotten I planted Vanilla Leaf and while I found the tag I didn’t see any of the plant growing. I can only hope it comes back next year now that it’s free of competition. I’m always sad when I lose a plant and I wish I had more time and energy to be more attentive to my garden as it works to get established.

I disturbed a few moths taking shelter in the plants while I weeded and not more than a few spiders. I feel bad disturbing their hiding places.