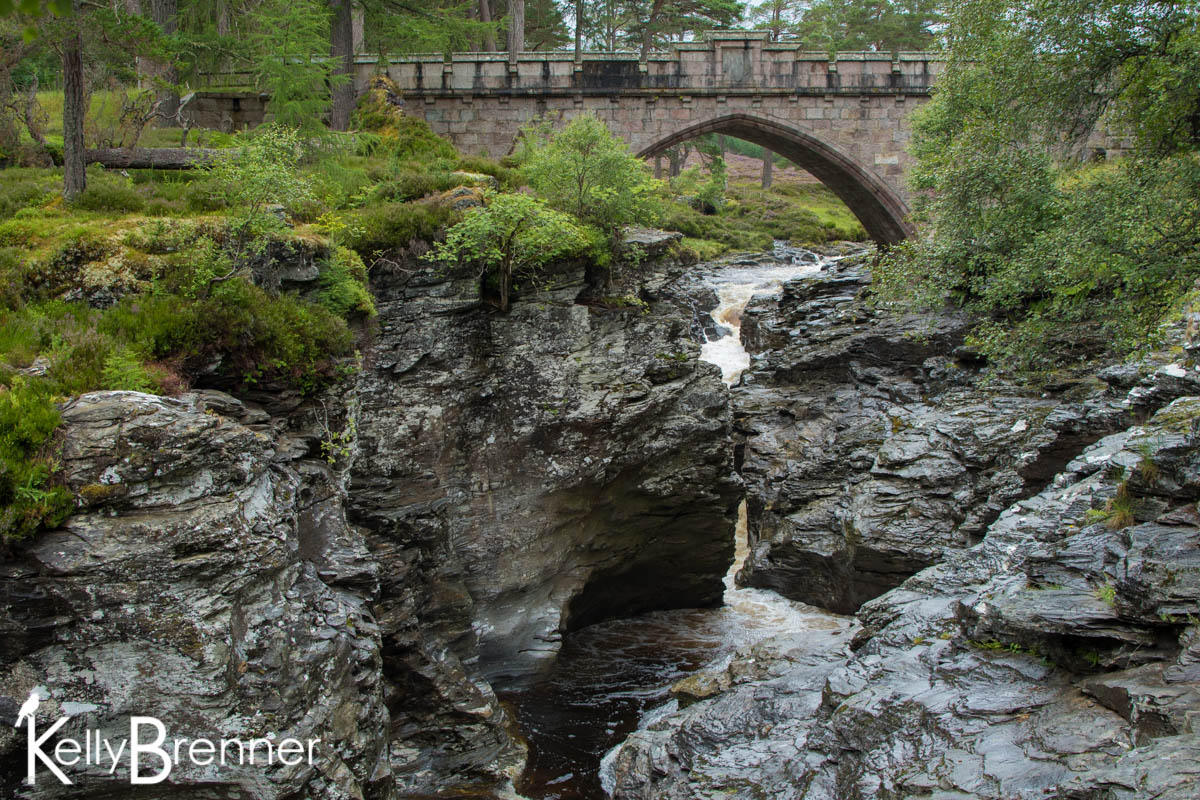 While it hasn’t been sunny and warm in the highlands, at least it’s not rained on us…until today. Our luck finally ran out, but not right away.

Our destination was the Linn of Dee on the Mar Lodge Estate, an estate that takes up almost 7% of the Cairngorms National Park. There are many hills to walk, but with a four year old we stuck to the lower walks. We started out on the Glen Lui trail which runs along the River Lui down to where it connects with the River Dee. Unfortunately by the time we made our way through the forest and emerged onto the moors it started pouring down rain. We put our rain jackets on and continued and found the path along the river was closed so we had to walk along the main track.

Because of the rain we didn’t see much, just a few Coal Tits. We made our way down to the road, crossing it to join with the River Dee Woodland trail. Fortunately the rain eased a bit, but continued to mist or rain off and on the rest of the time. We walked along the River Dee looking for Dippers, one of my nemesis birds I can never seem to find when we visit Europe, despite much effort. I have no trouble finding American Dippers on our rivers in the Pacific Northwest, but for some reason I can only find wagtails on European rivers, even though Dippers should also be in the same locations.

We continued along the river watching and looking, but I never did find a Dipper. With only one day left I’m giving up that we’ll see any. The path joined with The Linn walk and we reached a spectacular rock formation where the river squeezed through. It was dramatic in such a very small space. The rest of the river spread wide out, but at the rocks, it shot through a space no more than in few feet in width.

As we drove back to the other side of the Cairngorm National Park we passed through Glenshee and near the ski area I spotted some grouse in the heath. We were able to pull over and the first time I saw what looked like a female accompanied by a couple of large chicks, but they were hard to see hiding in the heath. A little past the ski area I spotted another grouse and luckily it was by a car park and we were able to stop and get close to them. This was a large group of at least eleven individuals, Red Grouse I believe. A good ending to the otherwise uneventful day.