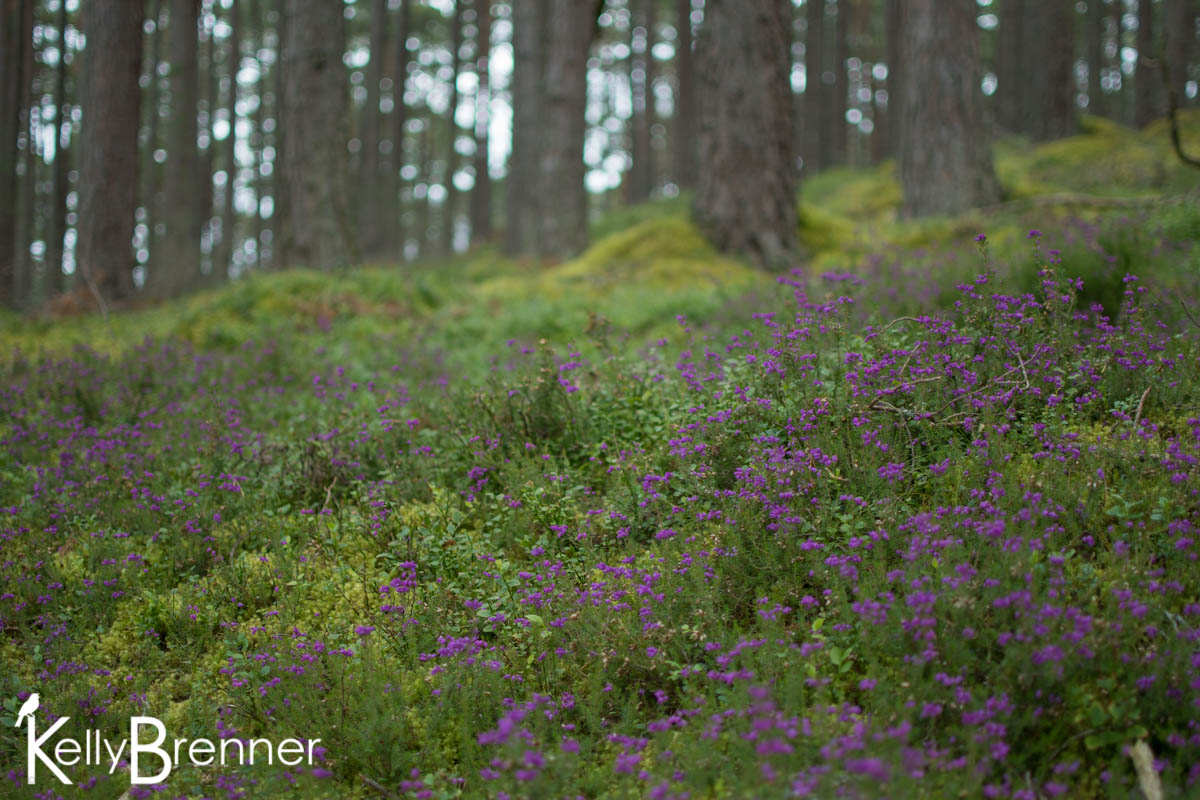 First thing this morning I checked the porch light for moths and wasn’t disappointed. There was another Garden Tiger moth, but I found three other different species as well. One I believe was a Silver-ground Carpet and the other I haven’t figured out yet. The final moth was beautifully marked and I think it was a Swallow Prominent moth.

A visit to the RSPB Reserve Loch Garten was our destination in the morning. There is also an Osprey Centre and when the Osprey returned to breed in the UK, after becoming extinct, Loch Garten is where they chose to build the first nest. Today we were too late in the season to see eggs or chicks in the nest, but our timing was perfect because right as we walked up to the center, the female dropped a fish in the nest for one of the juveniles. Everyone inside was very excited to get such a good look at the Osprey. They take their Osprey family seriously, there are cameras aimed at the nest and several TV screens inside the hide feature close up action of the nest. There are also many windows high and low for visitors to look through and several spotting scopes set up along with binoculars for visitors to use.

It’s an interesting comparison that the return of the Osprey is so celebrated here that they get their own cameras and center, while at home in Seattle, they nest on a tower overlooking one of the worst intersections in Seattle where there are regular shootings, illegal dumping, muggings and other crime. I’d love to see an Osprey center in south Seattle focused on our nesting birds. We have several pairs nesting around Seattle and while our neighborhood Osprey aren’t celebrated much by anyone else but me, a brand new nest in Union Bay this year has been cause for celebration.

Out the back door of the Loch Garten Osprey Centre there were a number of bird feeders set up along with bird baths. There was an incredible amount of activity at the feeders with Siskins, Great, Blue and Coal Tits and Chaffinches. On the peanut feeders were Great Spotted Woodpeckers.

We then walked the Big Pines trail, a half mile route through woodlands full of Scots Pines and enormously tall moss. We connected to the Two Lochs trail which led us through more forest full of Scots Pines. The understory was full of heath and blaeberry, a plant that looks very much like our Pacific Northwest huckleberry, and mosses. Some of the heath was in bloom, tiny purple flowers adding color to the forest. We walked first by Loch Garten and shortly after found our first, and only Red Squirrel, one of the attractions of the reserve. It was high in the tops of the trees, feeding on the cones.

We reached Loch Mallachie before turning and heading back along the other side of the loop trail. Near the loch we heard some birds and after searching, I finally spotted them. The first I saw was a juvenile Redstart and as it flew off to hide, I found an adult female Redstart. Along the final stretch we encountered two wood ant nests, one behind a fence for protection, but another appeared to be out of the way on a hillside.

The Caledonian forest was beautiful and I kept stopping to look and take photos. Everywhere we walked, small moths flew up before us. The mosquitoes and midges were minimal, but a large fly was constantly buzzing my head.