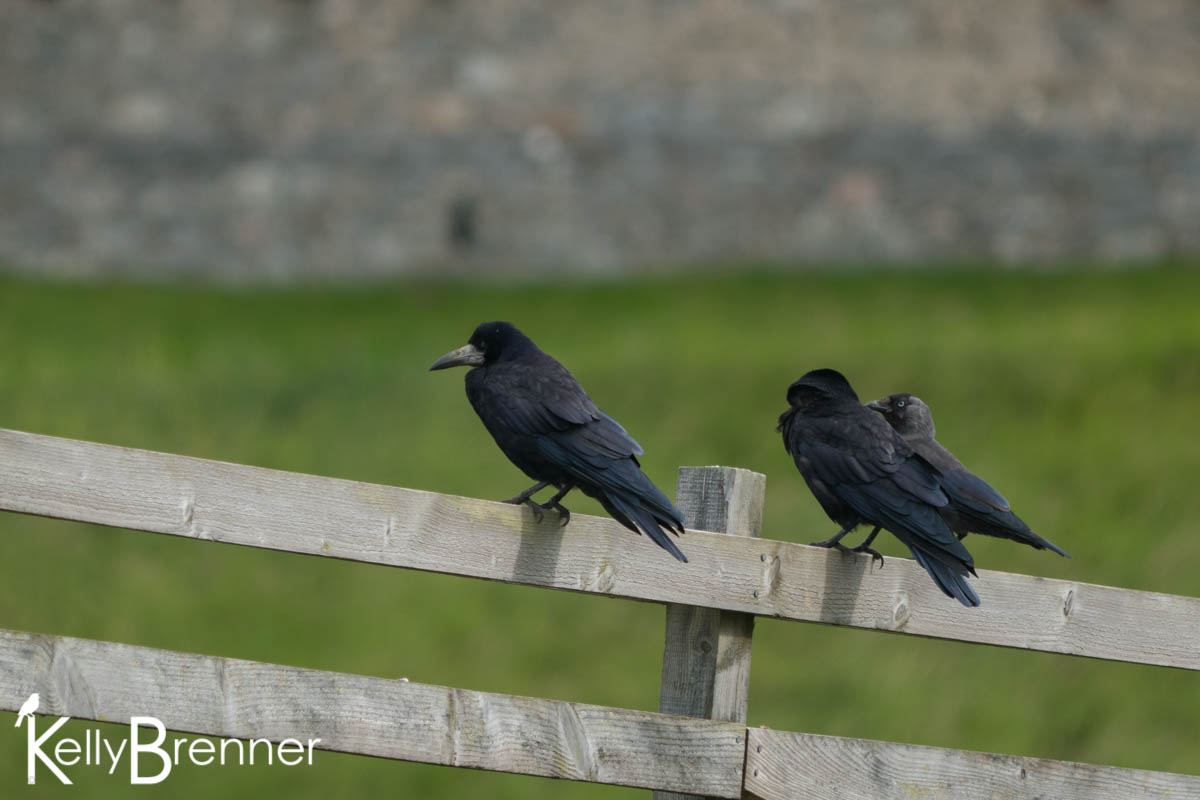 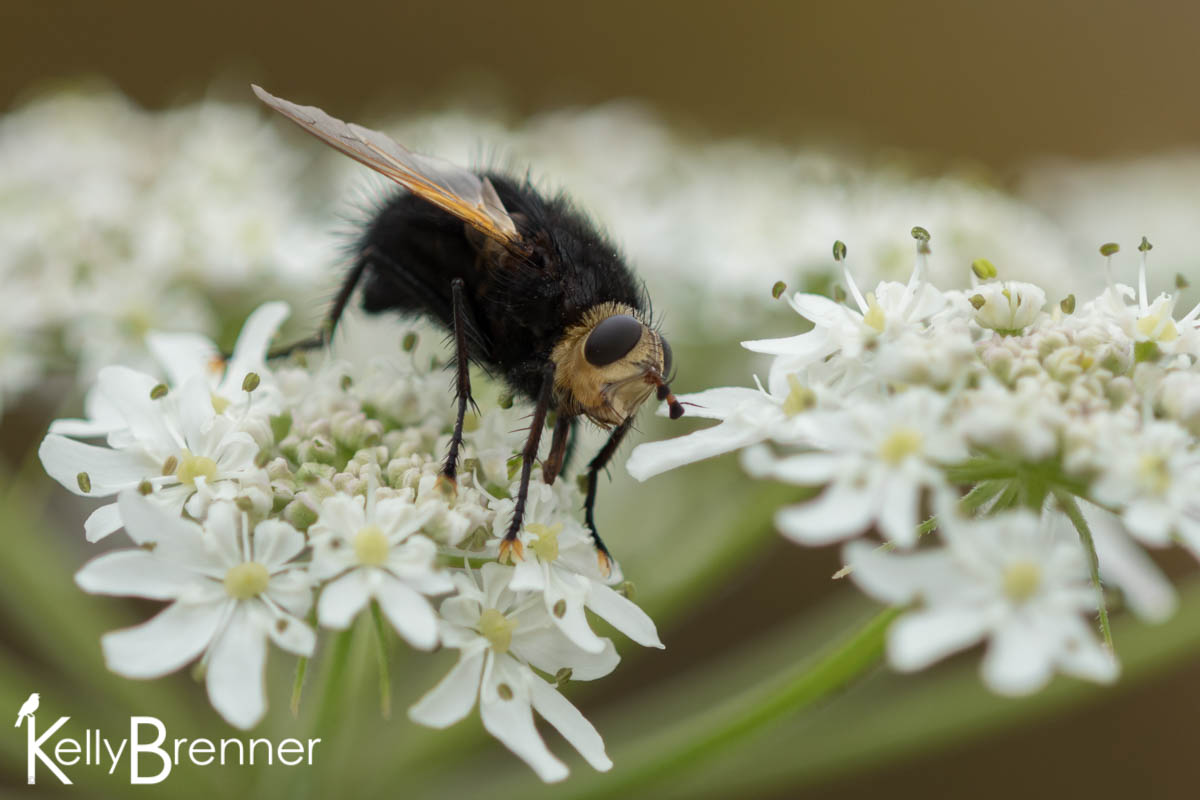 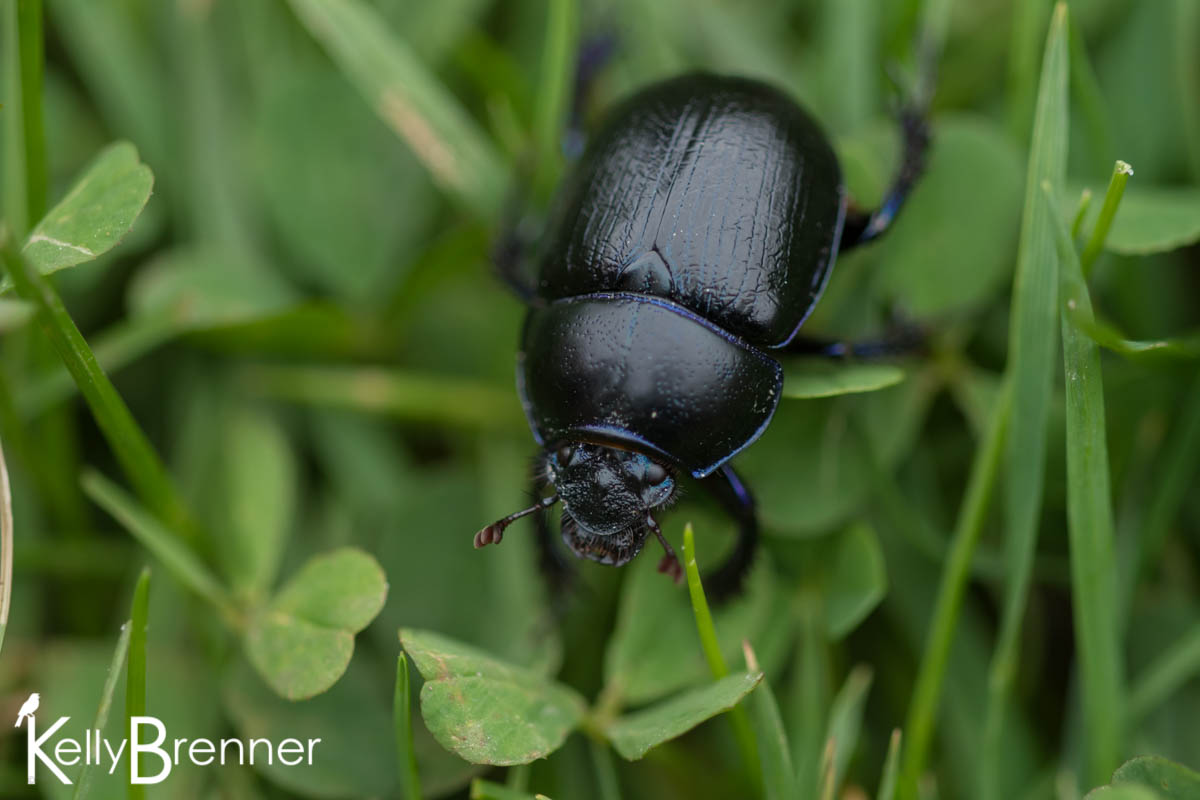 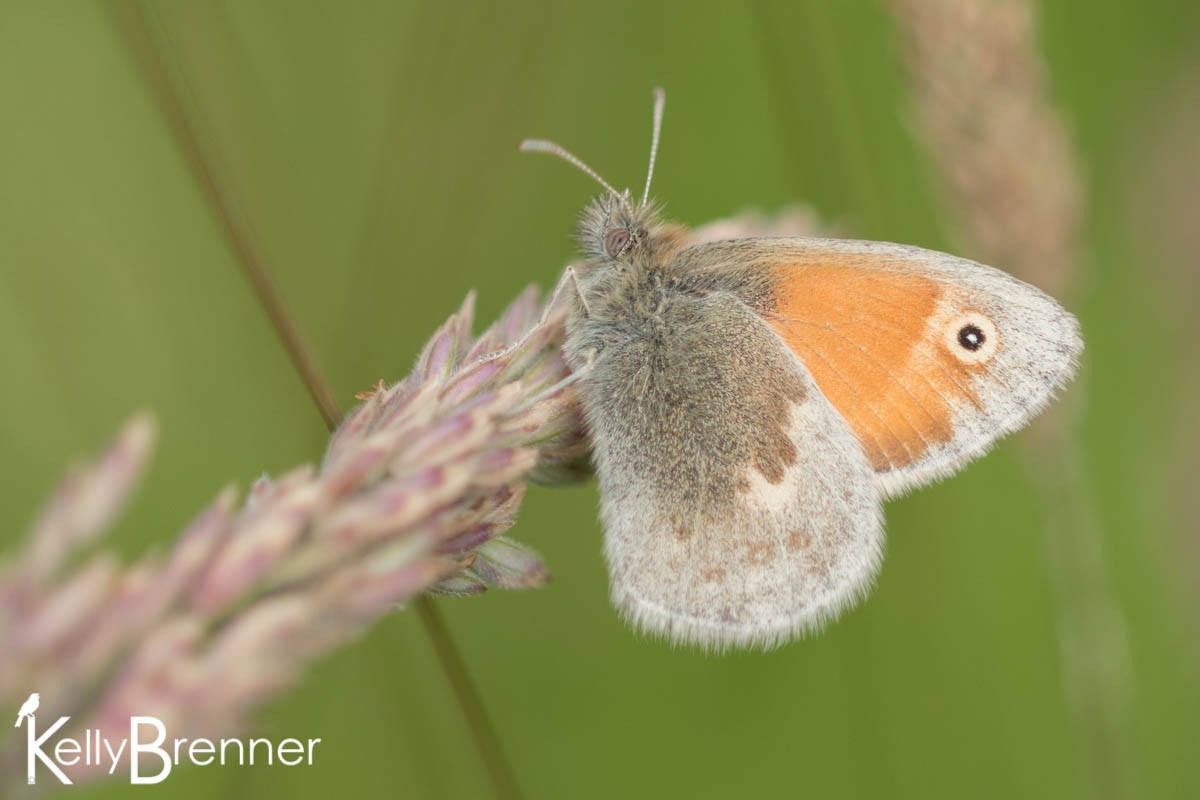 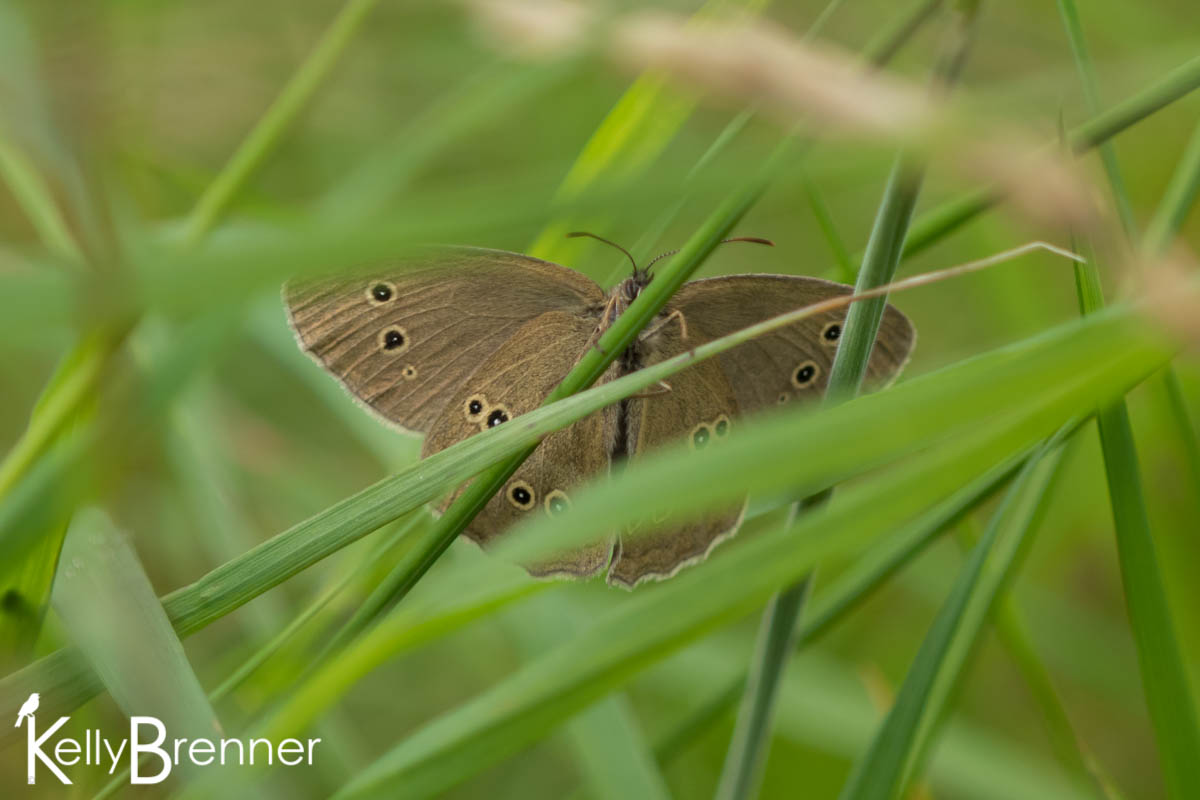 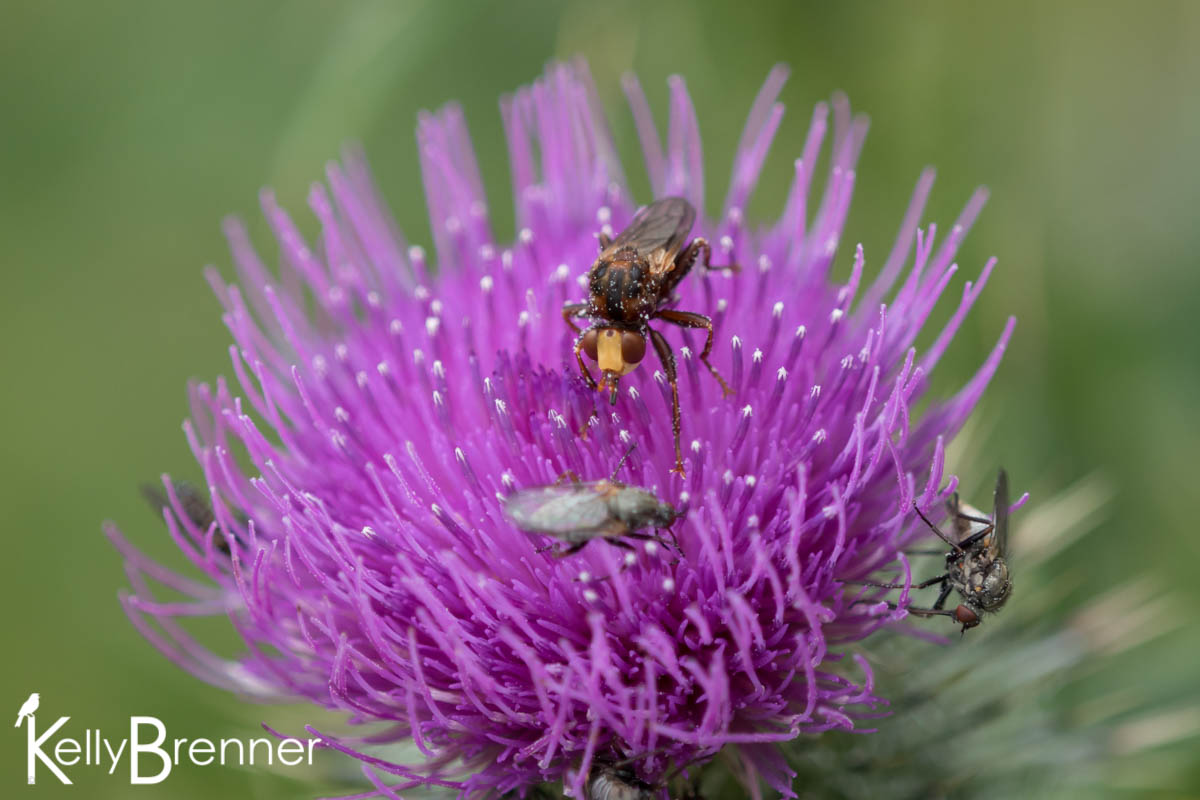 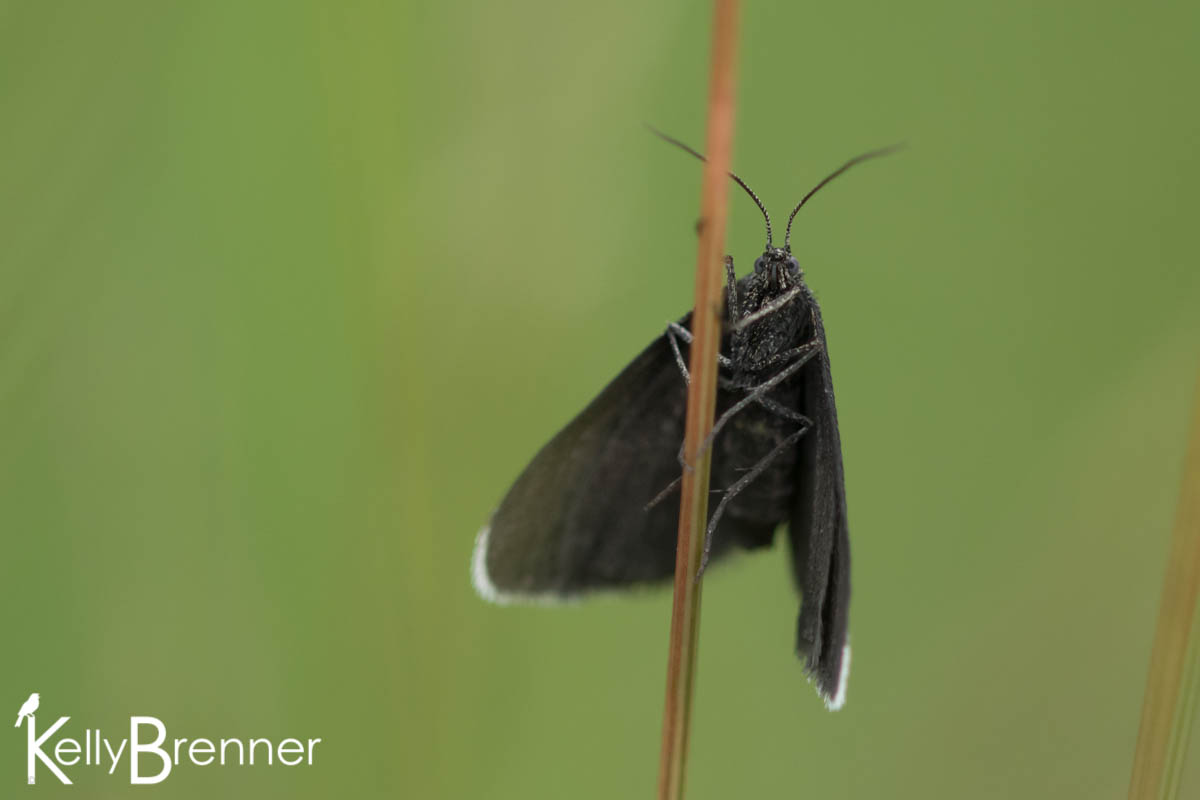 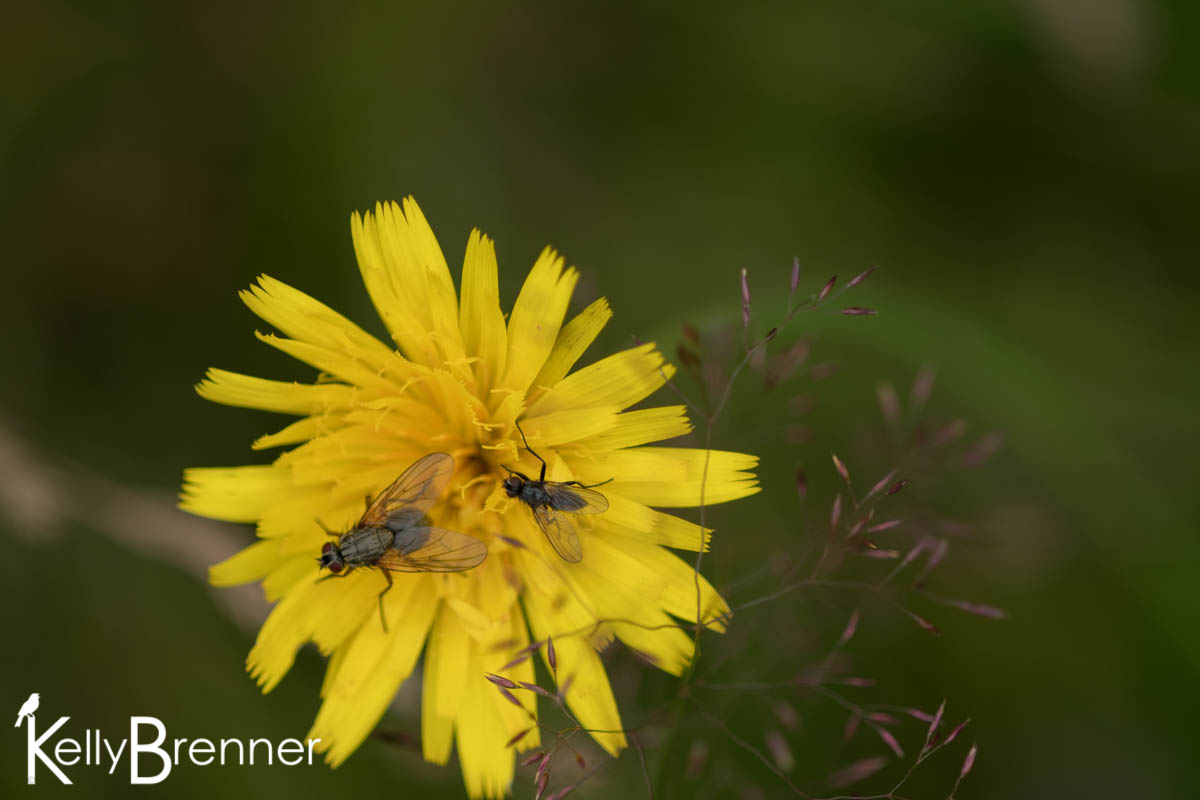 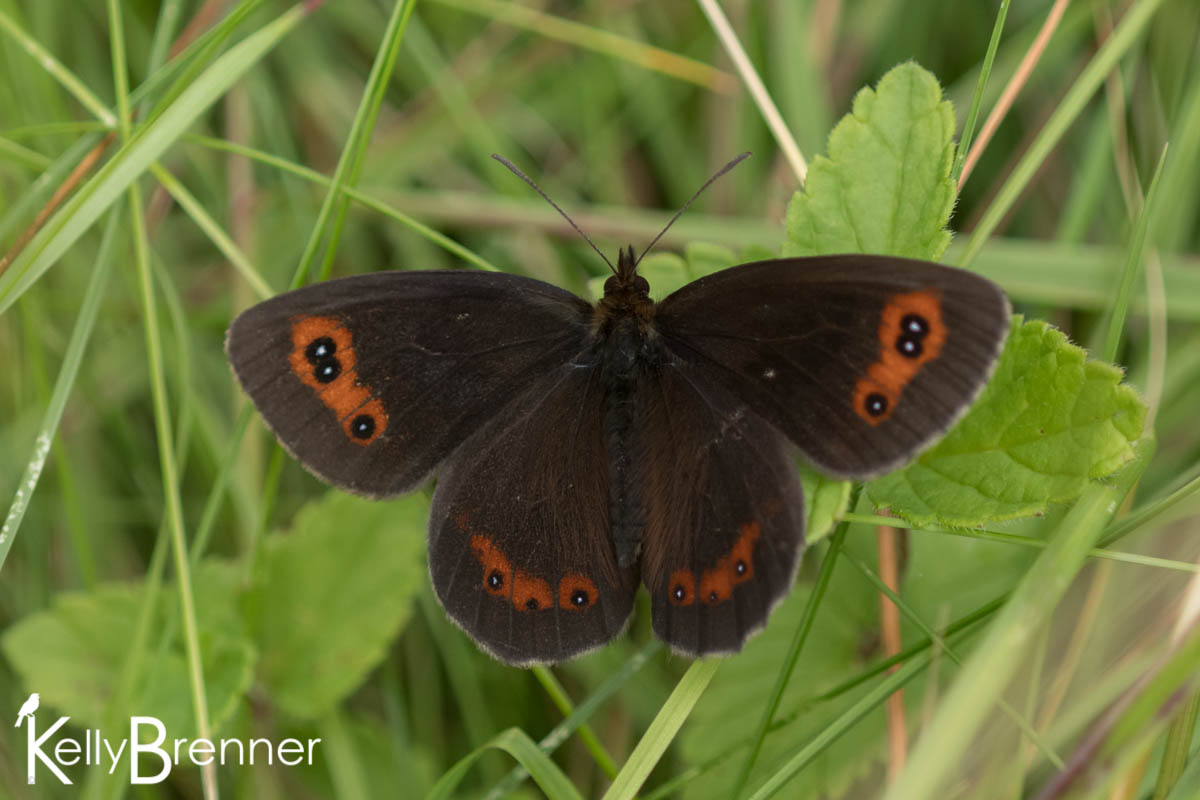 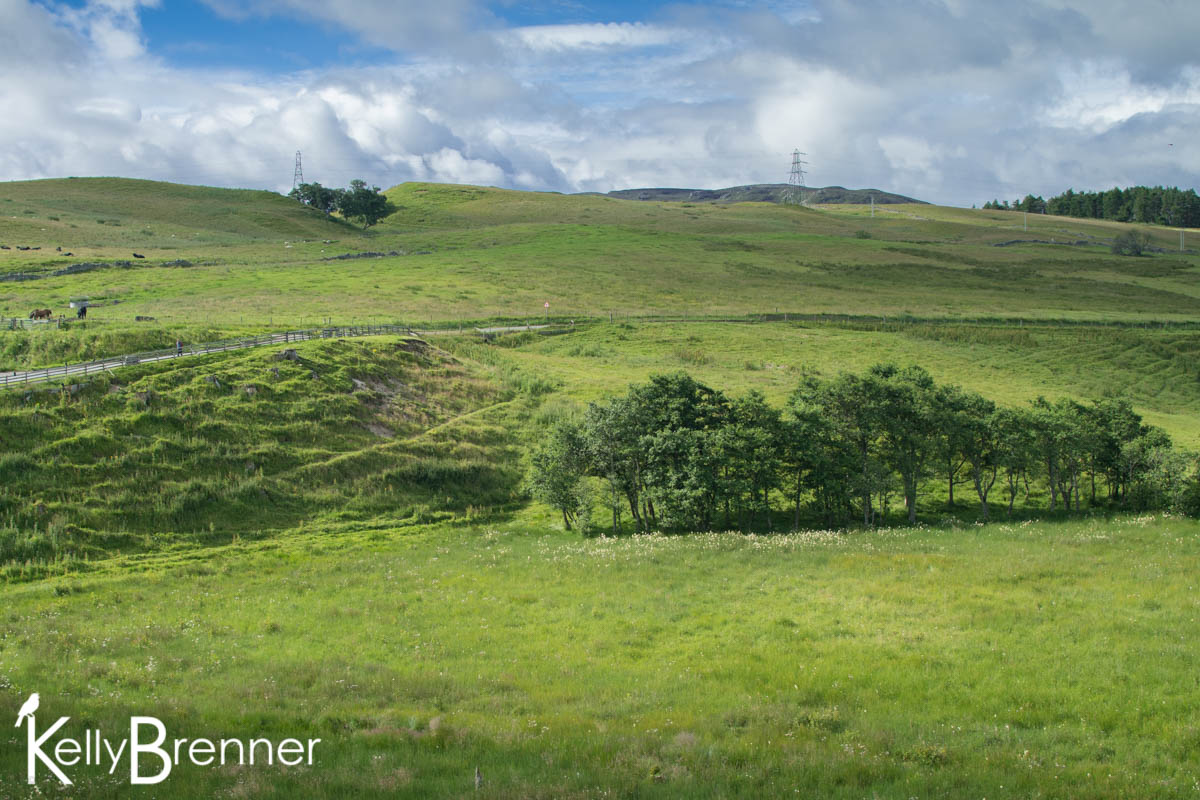 This morning we were finally ready for a day of exploring with our rain jackets and boots present and accounted for. I was eager to explore the RSPB reserve closest to us, Insh Marsh. It’s only a few minutes from where we’re staying and we wanted to get out and walk. On the way there we passed the Ruthven Barracks, built and used in the Jacobite uprising. The view of it was made more spectacular by the Rooks and Jackdaws lining the fence in front of the stone buildings. The view from the barracks was also worthwhile overlooking the marsh. My particular favorite aspect were the lichens covering the stones and the ferns and flowers growing between them. Some of the crustose lichens covered the entire top surface of the stones, they must have been hundreds of years old. It’s amazing to think of what those lichens have seen.

We arrived at Insh Marsh and first visited a very nice overlook building. It had plenty of brochures and informational signage. A long row of benches faced large windows overlooking ponds, hill and the Cairngorm mountains beyond. Not much was happening, but I did spot a couple of Grey Herons and we found a deer in the grasses below. The peanut feeder was attracting Blue Tits and Chaffinches and one Great Tit. We left the building and went up to the roof where we found a beautifully carved bench and a wonderful view.

We left and very quickly spotted a black butterfly with orange spots on the wings. I later identified it as a Scotch Argus, a butterfly found predominately in Scotland. We started walking the Invertromie Trail and I noticed that each flower was packed with flies, like a crowded dancefloor. There were an abundance of different kinds that I don’t know. We found a hide and looked out and spotted a Common Buzzard cruising over the marsh, but not much else. This time of the summer is a little barren for marsh birds. All the breeders have already finished and the migratory birds haven’t yet arrived.

But it’s a great time for butterflies. As we continued on the path we found many small, black moths. They had a tiny strip of white on the outer edge of their wings, but were otherwise entirely black. I looked the up on the very useful Butterfly Conservation website which has tools to identify moths and butterflies, and found the moth to be the appropriately named, Chimney Sweeper.

We arrived at the top of a hill filled with flowers and heath and spotted another, or maybe the same, Common Buzzard flying over the marsh. Like the rest of the reserve, the flowers there were also full of a variety of flying insects, two, three or more on most small flower heads.

And then suddenly we were in the middle of a butterfly haven. There were dozens of butterflies frolicking around the area, the vast majority of them were the Ringlet butterfly. They were flying and landing all over this particular patch and very easy to watch. I also spotted another Scotch Argus and more Chimney Sweeper moths. There was one Small Heath butterfly, sitting quietly on some grasses and I was lucky enough to spot it’s orange wing though it blended perfectly into the background.

We found another viewpoint that offered more wonderful looks at the surrounding mountains and the Ruthven Barracks. We could see a cloud over the mountains dumping rain on one area and clouds rolling over others. As we walked back from the viewpoint, we spotted a rounded, black beetle with a blue iridescent sheen.

We followed the Invertromie Trail and had to leave the longer Tromie Meadow Trail for later because it was lunch time. As we walked back along a road lined with an old stone wall, the wind picked up and the clouds darkened. The wall was particularly intriguing because it was covered in huge patches of moss and lichens. It must have been a very old wall. Along the wall we found a row of tall, white flowers, very much like Queen Anne’s Lace. They were positively covered in insects of all kinds. Some of the Ringlet butterflies were nectaring there along with bees and all manner of flies. The one that caught my attention was a huge, beast of a fly larger than most bumble bees. It had a large, black body and a beige head, a most intriguing fly. I could have stood there all day taking photos and watching the insects, but the wind was whipping the tall flower stalks around making it hard to see them, let along photograph them. And the rain was coming. We got to the end of the road and took the path through a sheep meadow, watching the birds foraging there. We scared them up and they flew up to the wires and I saw some were Starlings, but the other, larger birds I couldn’t tell in the bright, cloudy backlit sky. We also spotted a woodpecker scared up by us that must have been a Great Spotted Woodpecker.

We returned to the car right as a mist started. As we returned to the cottage, several birds flew up away from the car and along with the Pied Wagtails I’ve been watching in the garden, a yellow one joined them, a Grey Wagtail. 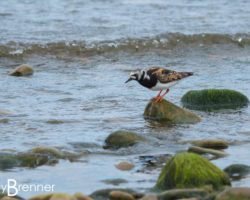 In 2016 I’m doing a 365 Nature project. Learn more about the project and see all the 365 Nature posts. There were more moths at the porch light in the morning including another Garden Tiger and one that I think may a 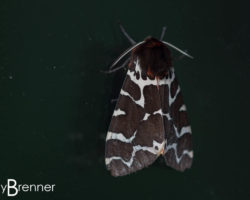 In 2016 I’m doing a 365 Nature project. Learn more about the project and see all the 365 Nature posts. After a surprisingly not terrible night, (in our experience it takes three rough nights for a toddler to adjust) we awoke