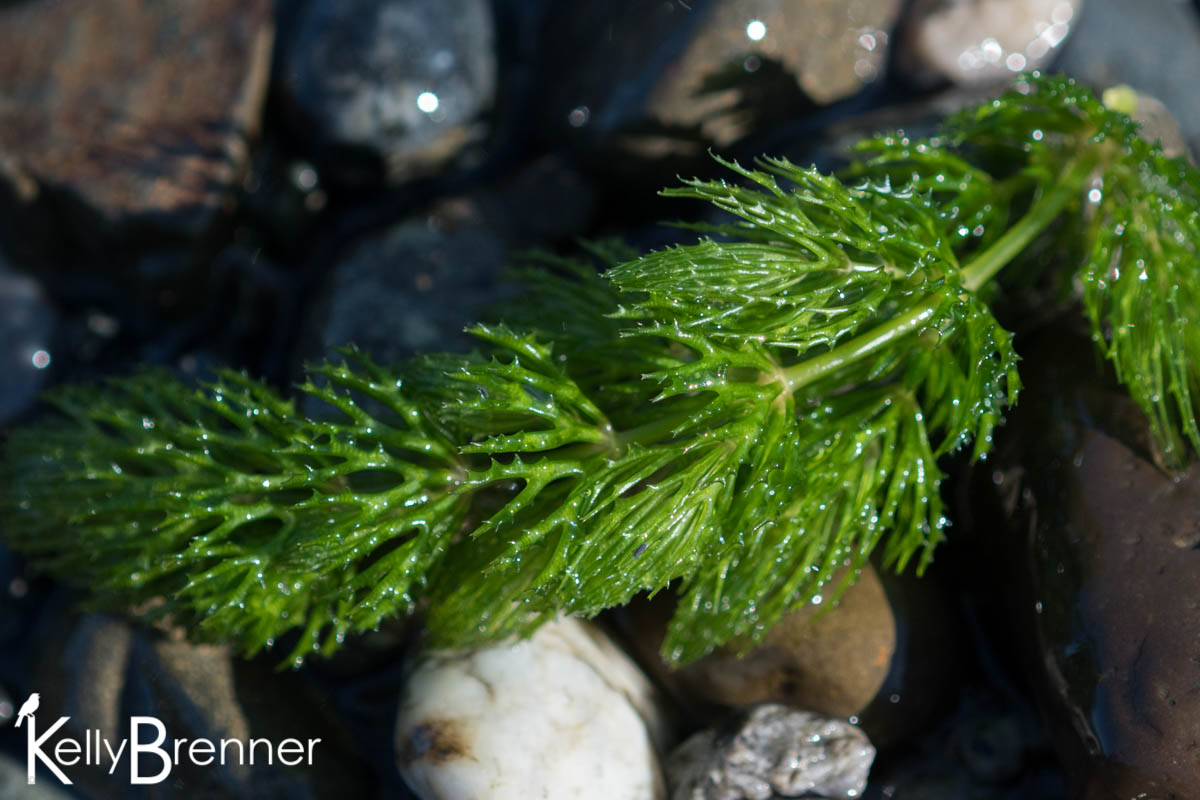 By Kelly BrennerJuly 21, 2016No Comments

When I watched the Muskrats carrying vegetation in their mouths on Day 195, I realized I didn’t know much – or anything – about our aquatic vegetation. Today on our walk at Seward Park, I spotted some washed up plants and took some photos to try and identify them. It’s tricky since I don’t know anything about species, let alone families of water plants. I think one of them was Canadian Waterweed which is a native plant. It reproduces by fragments and apparently drifting pieces are very common. The book Wetland Plants of Oregon & Washington says fish and insects find shelter in this plant and it’s eaten by ducks, beavers and muskrats.

The other plants I’m much less certain of, but one may be a type of Water-milfoil called Parrot’s Feather, an introduced species from Europe. It’s considered an aggressive aquatic weed. But it could just as easily be the Western Water-milfoil which is a native species and very similar. The native plant also offers shelter to small fish and invertebrates.

Another plant I found washed up looked like moss and I wondered if it had come from a tree branch in the water. But I found there is a family of aquatic plants called Water Moss which do live in the water. Like the other plants, it also provides shelter for aquatic insects as well as microscopic life. Wetland Plants of Oregon & Washington says it’s also an important breeding habitat for Oregon Chub, which is found in the Willamette River in Oregon.

There’s one more plant I think may be something called Coon’s Tail, but it’s often mistaken for one of the water-milfoils so I could be wrong. Wetland Plants of Oregon & Washington tells me it can grow in extensive beds and it’s eaten by a range of animals including ducks and shorebirds and used as cover by birds, muskrats and fish.

On our way back we stopped to watch dragonflies and I found many Eight-spotted Skimmers and one Cardinal Meadowhawk.