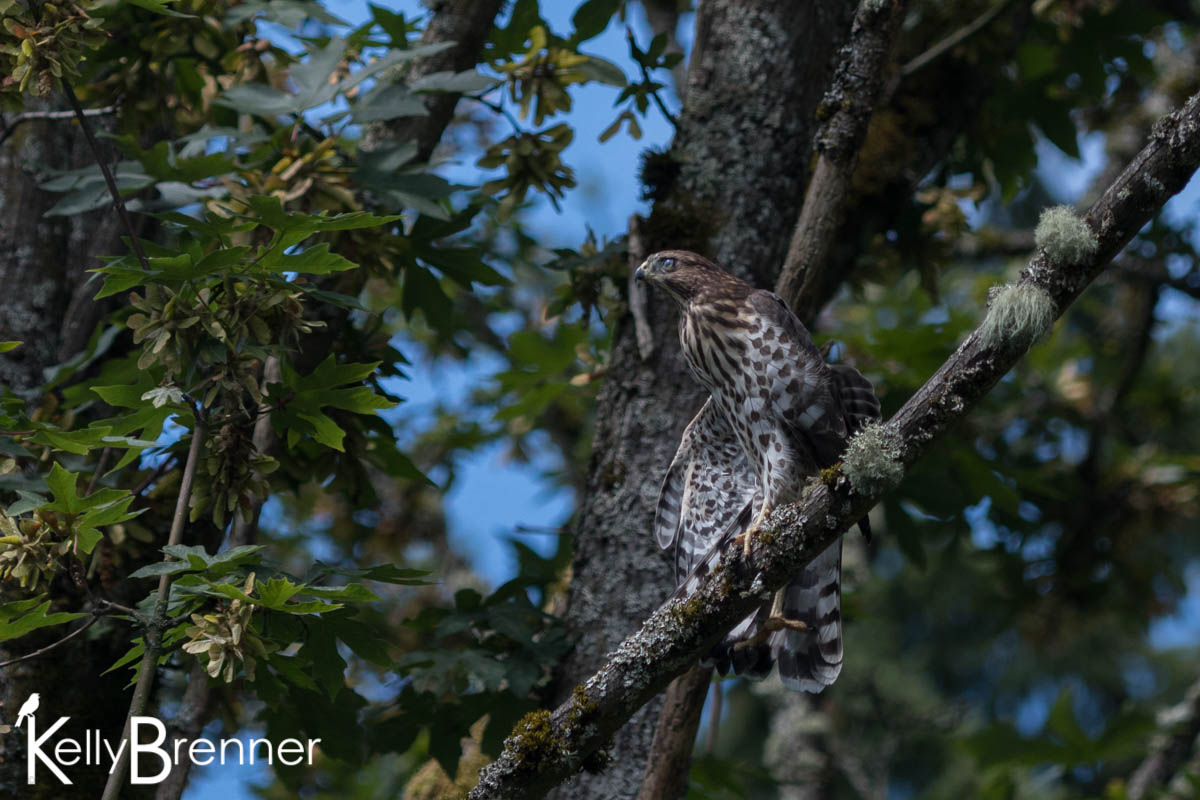 By Kelly BrennerJuly 15, 2016No Comments

With a few exceptions, many of the species I watch around the arboretum seem to be in a permanent state of chase or be chased. This morning I watched a pair of hummingbirds, one was an immature male Anna’s and the other I thought for a moment was a Rufous Hummingbird, but I was never sure. That’s because every time it paused at a flower or land in a shrub, the Anna’s would see it and chase it away. Once in awhile I’d hear a small chirp from inside some large fuchsia plants which I assumed was the individual being constantly chased.

As I watched the hummingbirds I heard a loud racket from the area of the Cooper’s Hawk nest I’ve been watching over the last couple of months. At least two, if not more, Steller’s Jays were calling frantically. I’m not sure if they had discovered one of the hawk fledglings or if one of the fledglings had discovered them, but it sounded like quite a confrontation.

Later, I sat down by the pond to watch the dragonflies and as it warmed up, a single Eight-spotted Skimmer arrive to cruise the pond. It didn’t have the pond to itself for long and as another arrived, the first skimmer left its perch to chase the newly arrived skimmer. As other species arrived, they all spent time chasing each other. Only the Common Whitetails seemed to keep to themselves sunning on rocks. All the frantic chasing was punctuated once in awhile by a fish jumping out trying to nab one of the passing dragonflies.

When I walked back to the Cooper’s Hawk nest area to sit down, I heard one of the fledglings begging call and looked up and saw one sitting on a branch out in the open. I was able to finally get a good look at one of these birds I’ve been watching since they hatched. As I sat I realized how busy the area was, the hawks were constantly calling from different trees around the nest, the Steller’s Jays came and went, often with a fuss and the hummingbirds chased and buzzed all over the entire area. The young Cooper’s Hawk sat on the branch a long while, watching all the bird activity. At one point chickadees and hummingbirds mobbed the hawk chirping and squeaking at it and it just watched, not worried by them.