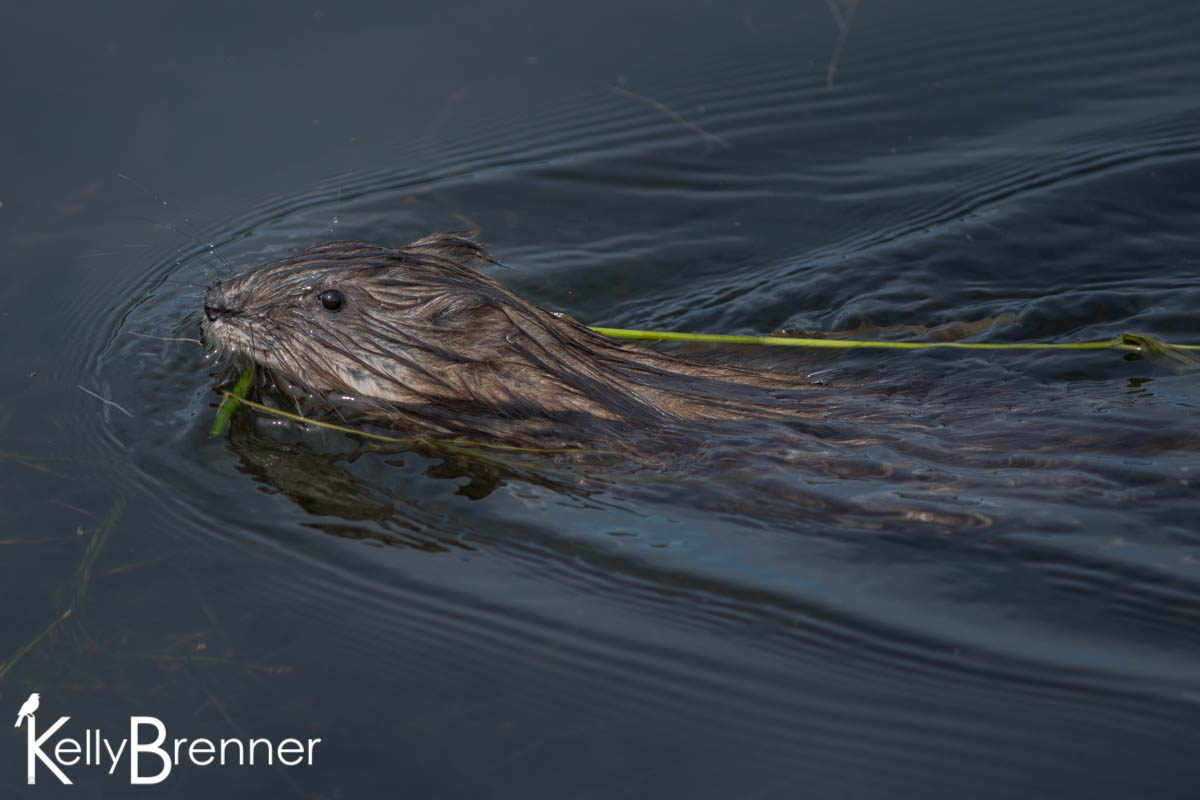 By Kelly BrennerJuly 13, 2016No Comments

Today my mom was in Seattle visiting and after we dropped my daughter off at her forest preschool, I took her on a tour of the arboretum. First we visited the Cooper’s Hawk nest that I’ve been watching the last couple of months but we didn’t see any of the fledglings. However, as we took the path downhill I heard the fledgling’s whistle call and found three of them in the trees below the nest. They still looked very clumsy and flapped a lot in the branches making awkward jumps.

I pointed out the Barred Owl’s nest snag but we didn’t find any of the owls anywhere in the arboretum. I also pointed out the Bald Eagle nest and we saw one adult standing on the branches of the nest tree. As we walked the floating trail to Marsh Island I caught a glimpse of a muskrat swimming with aquatic vegetation in its mouth, but it disappeared quickly under the walkway and we didn’t see it again. Just around the corner a Great Blue Heron was hunting and it let us pass closely and take photos of it. Unfortunately I couldn’t find the Wood Duck chicks I’d seen on Day 193 despite much searching. On the way back we stopped at the spot we’d seen the Muskrat and watched again. We got lucky and found three different individuals swimming in the same direction as the first and they swam at the surface so we could see them really well. I’ve been really lucky finding Muskrats this summer, we found one at Seward Park on Day 171 and again at Waterworks Gardens on Day 192.

At the entrance to the wetland trail we found a number of robins laying on a pile of bark sunning themselves. Others were overhead in what I believe was an ash tree, eating berries. Other birds were also in the area including a family of Bushtits, a Golden-crowned Kinglet, an American Goldfinch and a yellow bird I haven’t yet identified.

Also along the floating trail, I spotted a dead dragonfly in one of the water lily flowers and underneath a nearby lily pad was the exuvia, presumably from the dragonfly. It was crumpled up, the wings looked like they never filled up after emerging. Whether it had some defect that didn’t allow it to fully expand or if it was killed while emerging, I don’t know. But we did find live dragonflies around Union Bay and also at the pond that had recently had all the vegetation cut down along the banks and the water lilies removed. There weren’t any dragonflies laying eggs and I saw no females, but at least a few males flew around. I saw a few darners, one Eight-spotted Skimmer and a pair of Common Whitetails.

We also found a strange hole in the ground surrounded by a shiny material. At first it looked like dried slug slime, but when I looked closer it looked like a spider web spun around the hole. However, it was dry and brittle and very thin. It was also very shiny. I couldn’t see what was in the hole, just a brown, rounded thing. I have no idea what it was or what made it.