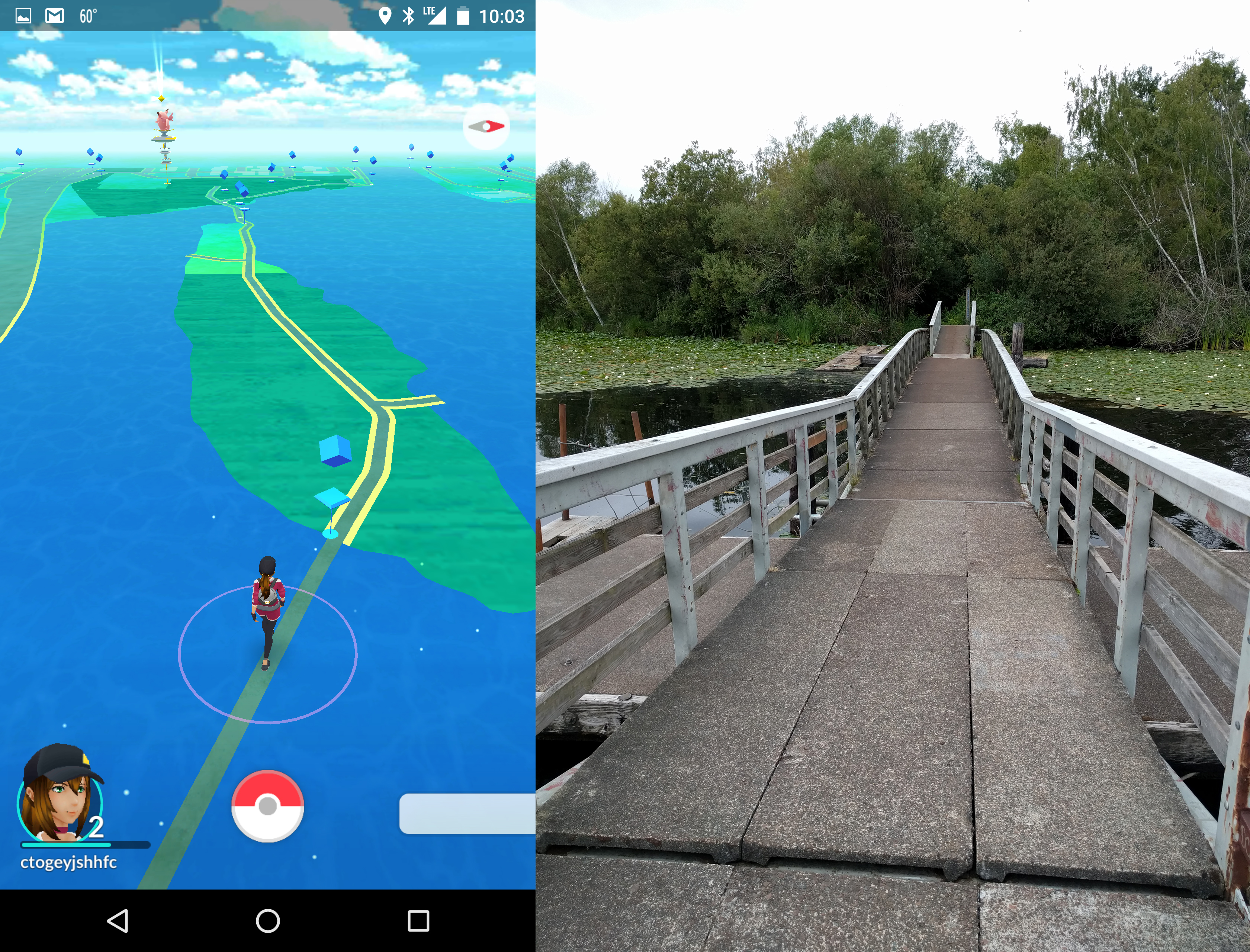 By Kelly BrennerJuly 11, 2016No Comments

I’ve been very intrigued by the new Pokémon Go game that has been running rampant on social media over the last few days. What’s interesting about it is that while it’s a video game, it occurs in the real world. Players can’t easily sit inside and play the game. Instead, players take their phones and head outside in their neighborhoods, cities and parks. Anywhere your phone can get a GPS signal.

Environmental educators are particularly interested in this phenomenon because it’s entirely likely that people outside collecting invisible Pokémon will gain an interest in the outdoors and nature. It’s a small step between Pokémon and birds or butterflies which can be ‘collected’ in much the same way. The game overlays map points over a real world map and so you have to walk around while referencing the phone’s map to find stops and Pokémon .

Today at the arboretum I gave it a go. At first I was less than impressed because nothing showed up on my map. I happened to be under trees and I think the GPS signal was not strong. Once I got to the visitor’s center I restarted the app and many points suddenly popped up on my map. The fictional creatures are all named and once you catch them, they’re in your collection. At first I didn’t find any Pokémon, but a lot of Training Gyms and Pokéstops, which reward you with balls for capturing future Pokémon and other things I don’t yet understand. I was thrilled to see so many around the arboretum.

What’s really interesting is these stops were not random, they were based on real world places. There was one at the Visitor’s Center and as I wandered through Foster and Marsh Islands I found more at specific trees, benches with plaques, marker signs and one at a totem pole.

I found myself going past the point where I usually turn around because it showed I was close to a Pokémon. Without that motivation, I would like have turned around. Instead I explored a new area I hadn’t wandered to before. There’s no glowing beacon for whether you’re getting close, but there’s a list of Pokémon in the area and they have one to three footprints next to them. One means they’re very close, three means they’re farther away. It takes some going back and forth to decide the best direction.

Once you find a Pokémon, you tap on it and it launches the phone’s camera, overlaying the creature you’re trying to catch over the landscape. I admit, it was really fun to see these fictional creatures in the arboretum. I got lucky and found one right at my daughter’s forest classroom.

I confess, I’m not generally much of a game person, but this really was fun.  I spent a couple of hours with my phone wandering the arboretum catching Pokémon. The game only works with the screen on so it drains the battery quickly. Hopefully the developers can make it work with smart watches and when the screen is off. With audio notifications, it would leave players free to look around and enjoy the outdoors they’re visiting, not just stare at the screen.

Overall I think it’s a great game. If it takes people through the arboretum, along the Marsh Island trail and outside to explore in general, then I say it’s a good thing. I hope to see science educators capitalize on this craze and make use of it to introduce more people to nature.

During my rambles today I probably didn’t notice as much as I would have otherwise, but I did come across a Wood Duck female with nine ducklings. I don’t recall having encountered Wood Duck young before. I also noticed a lot of what I believe were crow feathers on Marsh Island. I’m wondering if there are some roosting there at night right now.