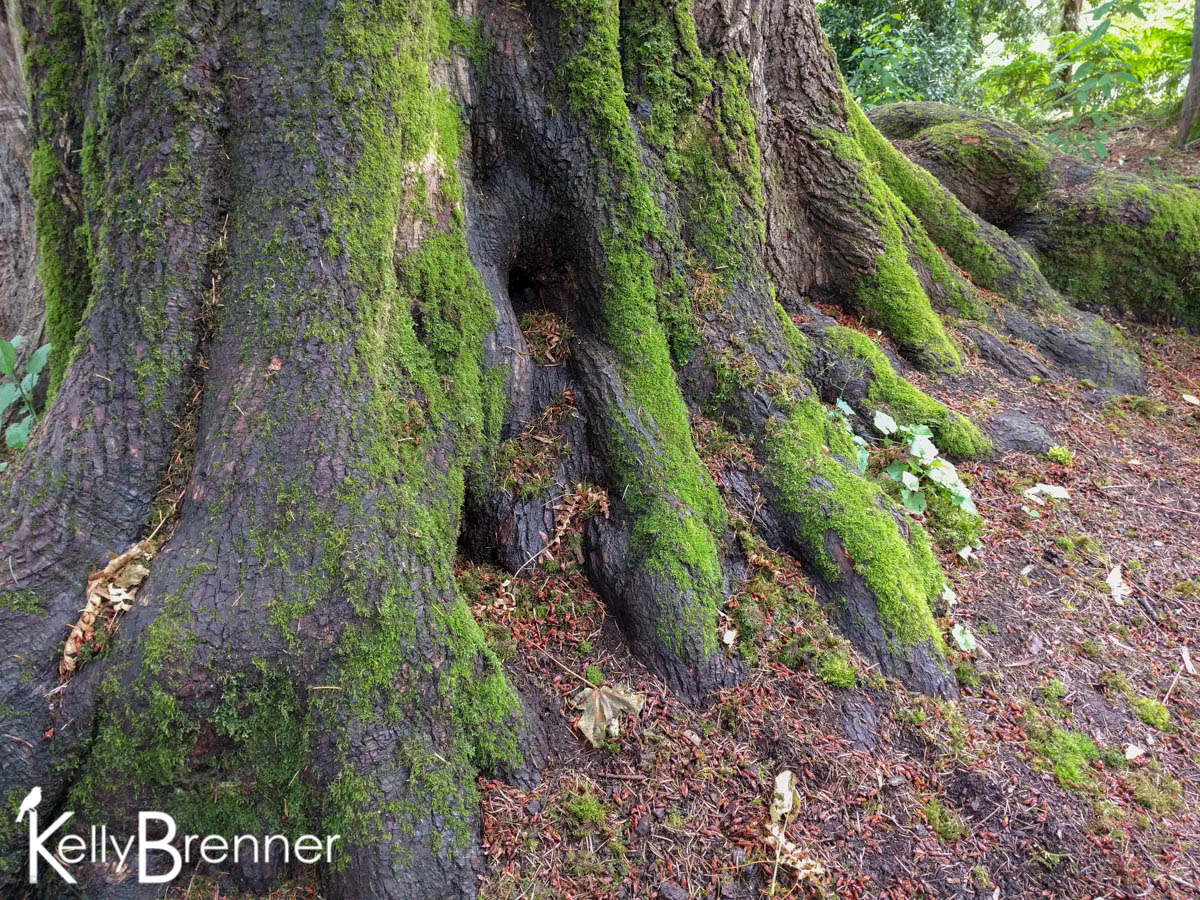 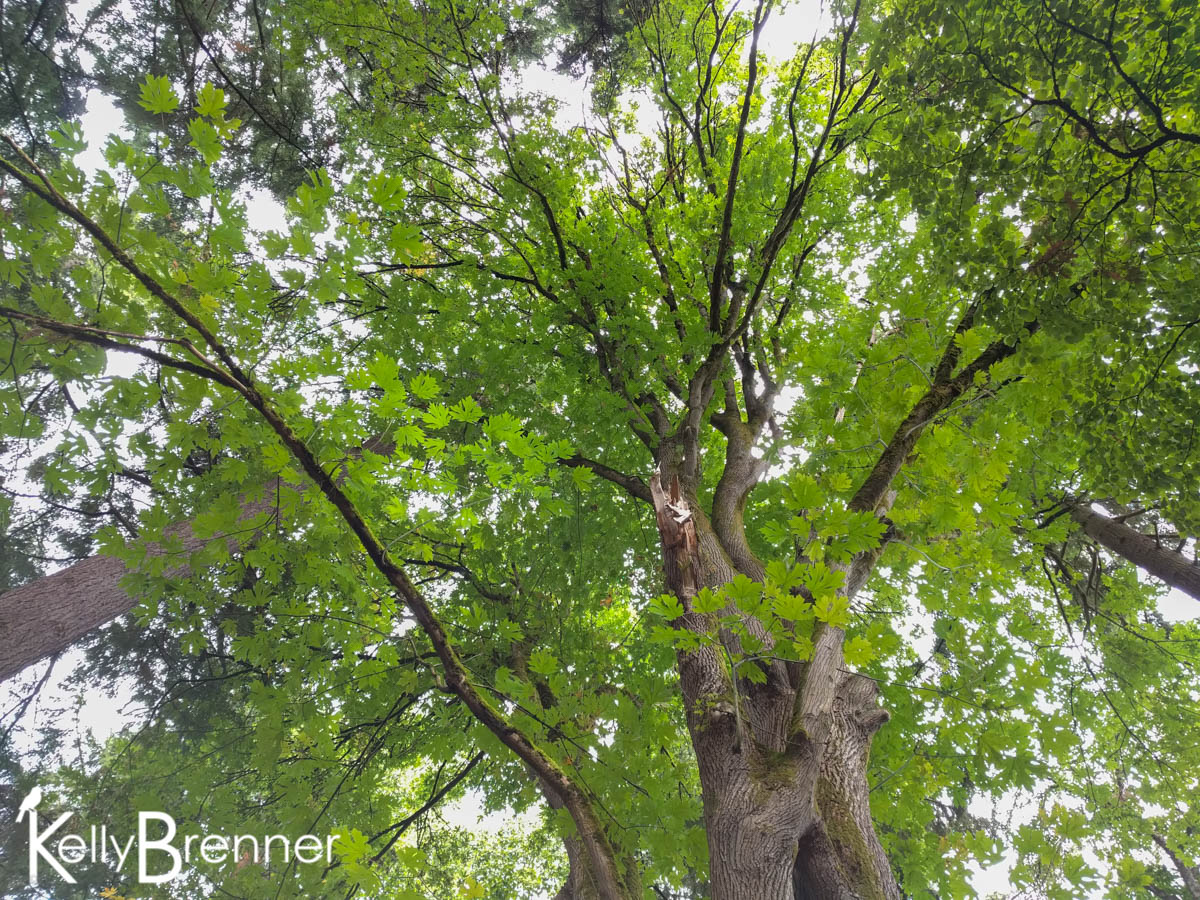 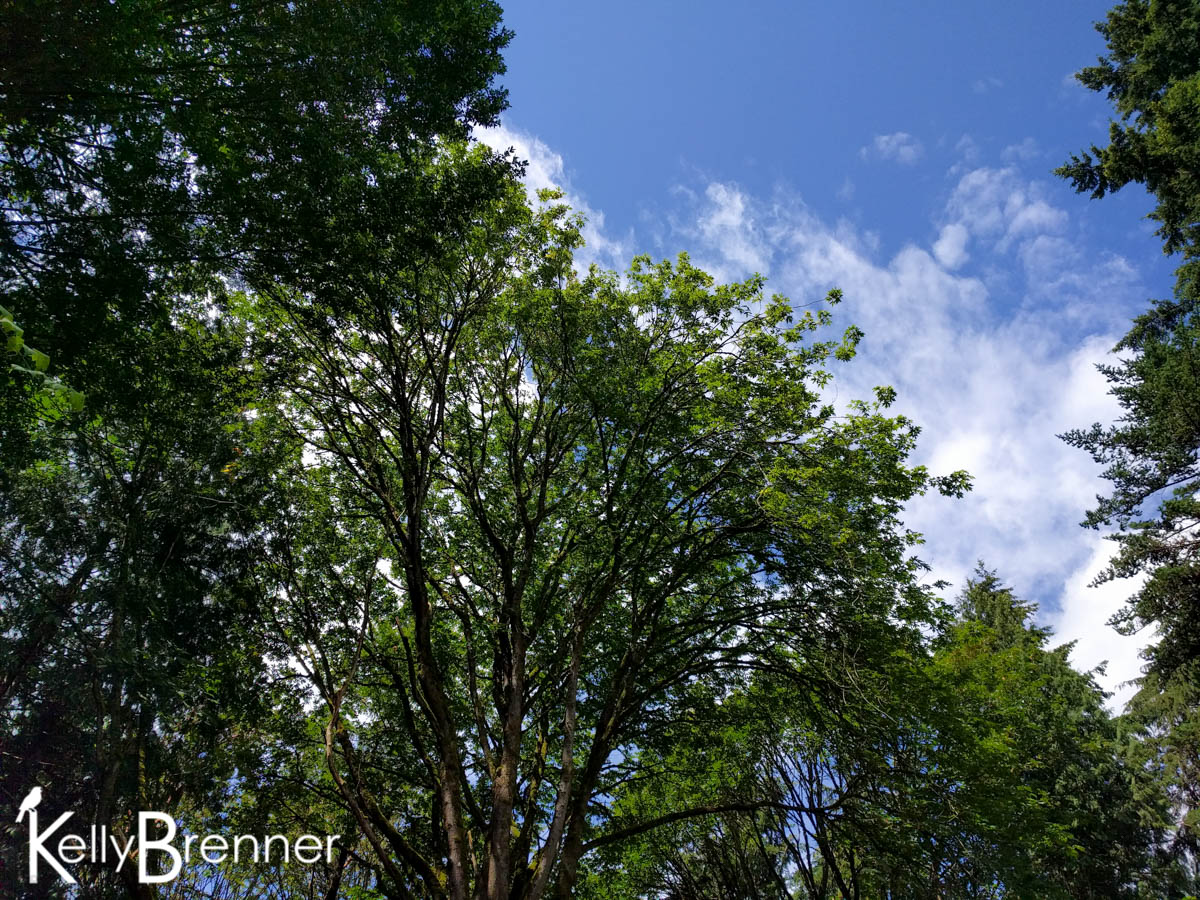 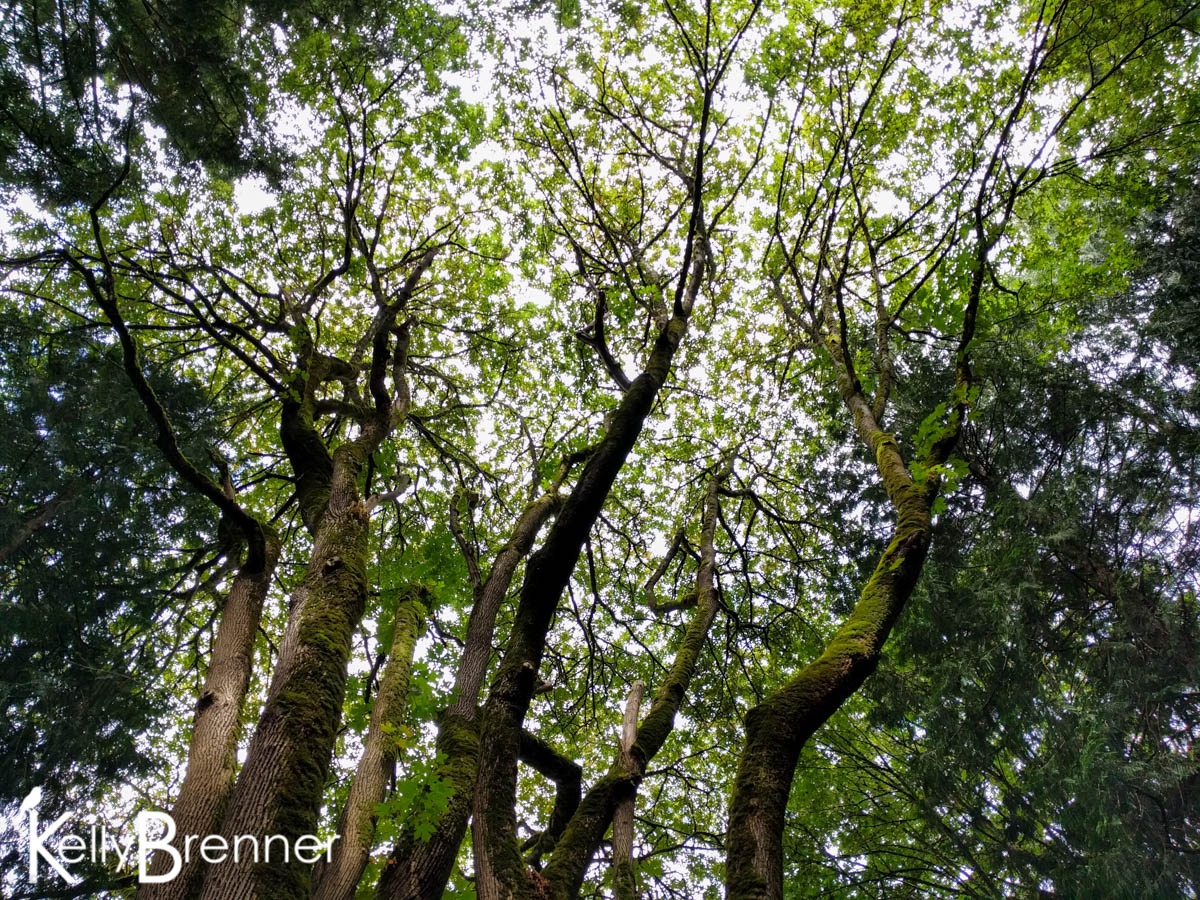 Today as I walked around the arboretum my mind pondered the wonders of the Bigleaf Maple and I realized for the first time, how much I love that species. If the Ents from Lord of the Rings were real, I believe they would look much like Bigleaf Maples. A large maple tree often has a large base with many nooks and steps almost always covered in moss. The trees frequently splits, creating two, three or more separate trunks which rise to towering heights. There are often many branches that grow outwards, horizontally away from the trunks and they frequently host Licorice Ferns and mosses.

When I walk looking for the Barred Owl chicks, I focus my attention on the Bigleaf Maple trees because that’s where they frequently sit, waiting for the adults to bring them food. In the tree’s canopy they are safe from ground predators and hidden from sight by the giant leaves from aerial predators like eagles. Many times I’ve watched the adult owls landing in the mossy branches of the maples scattered around the arboretum.

Today I stopped to study one of the maples and a tiny brown bird appeared to flutter down like a leaf out of the sky, when it landed at the base of the maple tree. It was a Brown Creeper, a small bird with a long, curved bill that forages on the trunks of trees looking for insects in the bark’s crevasses. A moment later I heard the whistle call of a Pacific-slope Flycatcher from high up in the green canopy.

As I finished my walk and sat down to write near the Cooper’s Hawk nest, I heard the begging whistle of the Cooper’s Hawk chicks. They have fledged now and while they’re not in the nest, they appear to be staying fairly close to it for now. As I watched and listened I saw them flying around, practicing with their young wings. One flew right by the wooden shelter where my daughter’s forest preschool was eating lunch. Another flew through the trees behind me and landed in a Bigleaf Maple. 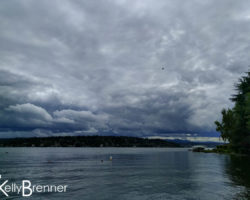 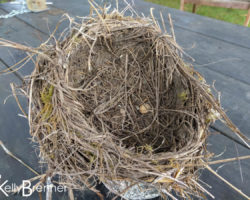