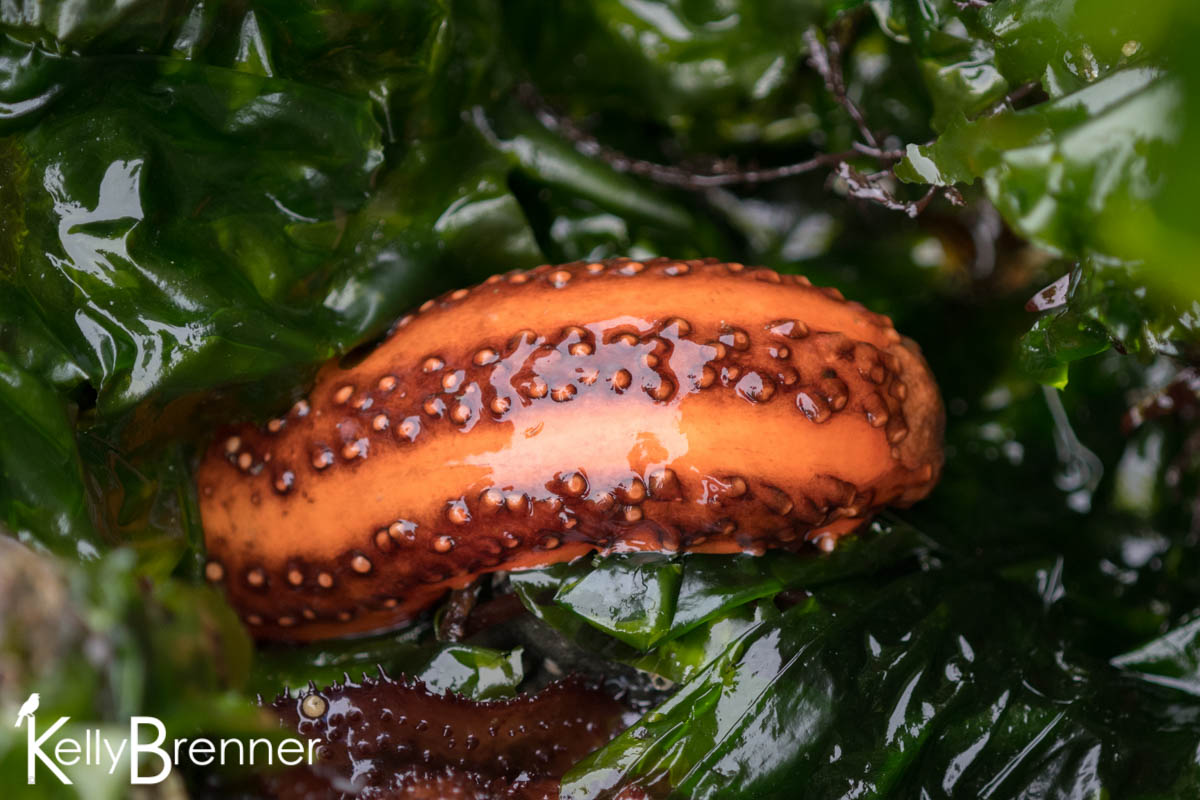 Inspired and excited by our beach discoveries on Day 186, I checked the tide schedule to consider a visit to Alki Beach here in Seattle in the next couple weeks. However, I discovered we’re currently having really low tides this week, part of the reason we got so lucky finding so many things yesterday. The low tides are just shy of minus three here in Seattle and after today they start swinging back up again. I decided we’d take advantage of these low tides and visit Alki Beach today and not wait. The last time we visited Alki Beach, on Day 152, we had a really great time watching the Ospreys fishing right in front of us. Today was just as exciting, although we only saw the Osprey a couple of times and not diving.

Beach Naturalists, a program from Seattle Aquarium providing a team of knowledgeable volunteers, were out at Alki when we arrived a hour before low tide. They immediately took us out on the rocks and showed us some Red Sea Cucumbers, something I hadn’t seen in the wild before. We found many more as we looked among the rocks, some tucked in tight and others stretched out with their tentacles fanned out. We also encountered a number of Common/Purple Sea Stars and even two Blood Stars, a species they said hadn’t been seen there until a week ago.

I spotted something orange that I later learned was a Sea Lemon, a type of sea slug. One of the beach naturalists later showed us one that she said was the largest she’d ever seen. We saw many different types of anemones and some beautiful chitons and some small tube worms. I found one Sunflower Star as well.

While digging around in the seaweed, which we learned about also, I found a strange animal moving, but attached to the edge of seaweed. Another group had also found one and asked the beach naturalists about it and they said it was a Skeleton Shrimp. A truly alien animal.

I asked the beach naturalists about the moonsnail we saw signs of yesterday, on Day 186 at Scenic Beach and they said they are present at Alki Beach as well. She said they can be found on the beach or in the water and sometimes burrow down into the sand when hunting for clams. I wanted nothing more than to find one, so we left the rocks and went out along the low tide line to search for whatever else we could find. We immediately saw sand collars scattered along the beach. Within a couple of minutes walking down the beach I noticed a disturbed patch of sand where there appeared to be a shelf of sand sitting up higher than the rest. As I looked I noticed it moving. With moonsnails on my mind I investigated by digging around and moving the sand off. To my complete excitement I discovered a moonsnail underneath. I continued to excavate sand around the snail exposing part of its body. Not wanting to disturb it too much, we just watched the partially exposed snail moving a little and eventually buried it back under the sand before moving on.

We continued walking the beach and came across a gull defending its starfish catch from another gull. It flew away with it’s potential meal as we came closer and I didn’t get to watch it try to stuff if down it’s mouth.

Along the beach we found small holes of disturbed sand that looked like they’d been pushed up. When I brushed the pushed up sand aside, I was greeted with a strong blast of saltwater, shooting up from the hole. Clams were underneath and we found many to make spit water up into the sky. Similarly looking, we found many sea anemones scattered around in the sand and even some necks poking up out of the sand that may have been Pacific Geoducks.

We took a quick break for lunch in the car before returning to the beach and the slowly rising tide. As we explored, we encountered one of the beach naturalists further down the beach and she showed us some tube worms that were partially sticking up out of their tubes. As we kept exploring, she made one more exciting discovery that she shared with us, a Shaggy Mouse, which is another type of sea slug.

The final discovery of the day was a pair of Fried Egg Jelly, jellyfish that resemble fried eggs, flattened on the beach.

Our beach adventure was made twice as great by the Beach Naturalists and I appreciate their knowledge and incredible enthusiasm for the seashore life.

They have a few blog posts on the Seattle Aquarium website about the nature they find on our beaches.

Know your beach – this week from the beach #1

Know your beach – this week from the beach #2

Know your beach – this week from the beach #3 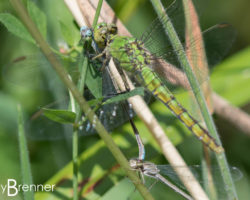 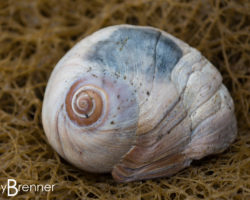