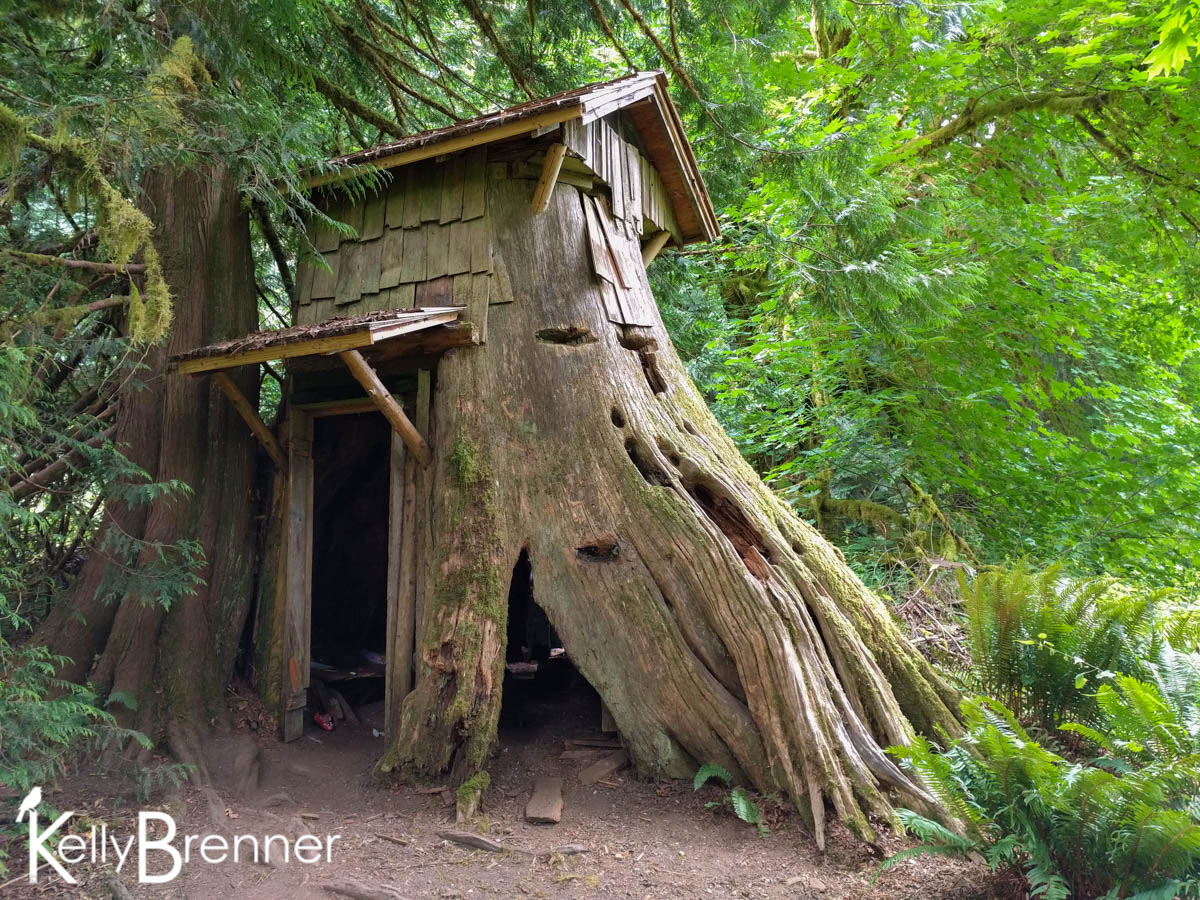 On this holiday weekend we headed out for a camping adventure on Hood Canal, a true fjord in Washington state. On our way a large bird caught my eye sitting on the shore in Seabeck Bay and we pulled over to look. It was an immature Bald Eagle sitting on the rocks on the shore. Even more interesting were the Great Blue Herons, of which there were many. At one point I counted over a dozen just in the area we could easily see. The tide appeared to be out and they were walking along all over the bay and catching fish. They’d also chase one another away from, presumably, top fishing spots.

Our first destination was Guillemot Cove Nature Reserve, a park in Kitsap County featuring forest, wetlands and a beach. We set off through the Douglas Fir and Alder forest heading downhill. Near the bottom we found a dense collection of scattered feathers, mostly dark brown/black but with some tiny feathers in an orange hue. A few clusters of feathers were still bloody, indicating a dismal end to the owner of the feathers.

Close to the beach we found the path split and one way headed to the Stump House and naturally curious, we followed along. Partway along we encountered an old Vine Maple, covered in hanging mosses. The many branches of the maple rose up and over creating an arching tunnel that invited kids to explore. At the end of the trail we found an old, hollowed-out stump which had indeed been turned into a house of sort. It was like an over-sized fairy house with a roof, bench inside and windows. On the bench was a notebook where visitors left notes or drawings.

We retraced our steps and headed towards the beach, finding a lone Common Whitetail dragonfly trying to warm itself on the path under cloudy skies. The beach was rocky and full of oyster shells, many of them sealed tightly, occupants still inside. We’ve visited a few beaches on Hood Canal before but this was a non-harvesting beach and the unopened oysters were free to live their lives uneaten by humans.

Under rocks we found many tiny Hairy Shore Crabs of many different colors. Some of the tiny crabs were a golden white, other blue and green, but my favorite was one that was nearly white with black and white legs.

We took a different route back, hiking up a narrow, climbing trail through some beautiful forests. Near the top I observed a very old Evergreen Huckleberry plant with a base of over an inch diameter. I don’t recall finding an Evergreen Huckleberry so large before. The upper part of the trail was a solid mass of the same huckleberry, though none as large as that one.

Finally we returned to our car and drove to Scenic Beach where our camp site awaited us. At the campground we heard a Pileated Woodpecker, Swainson’s Thrushes and I spotted a Brown Creeper. Later I thought I heard a juvenile Raven.