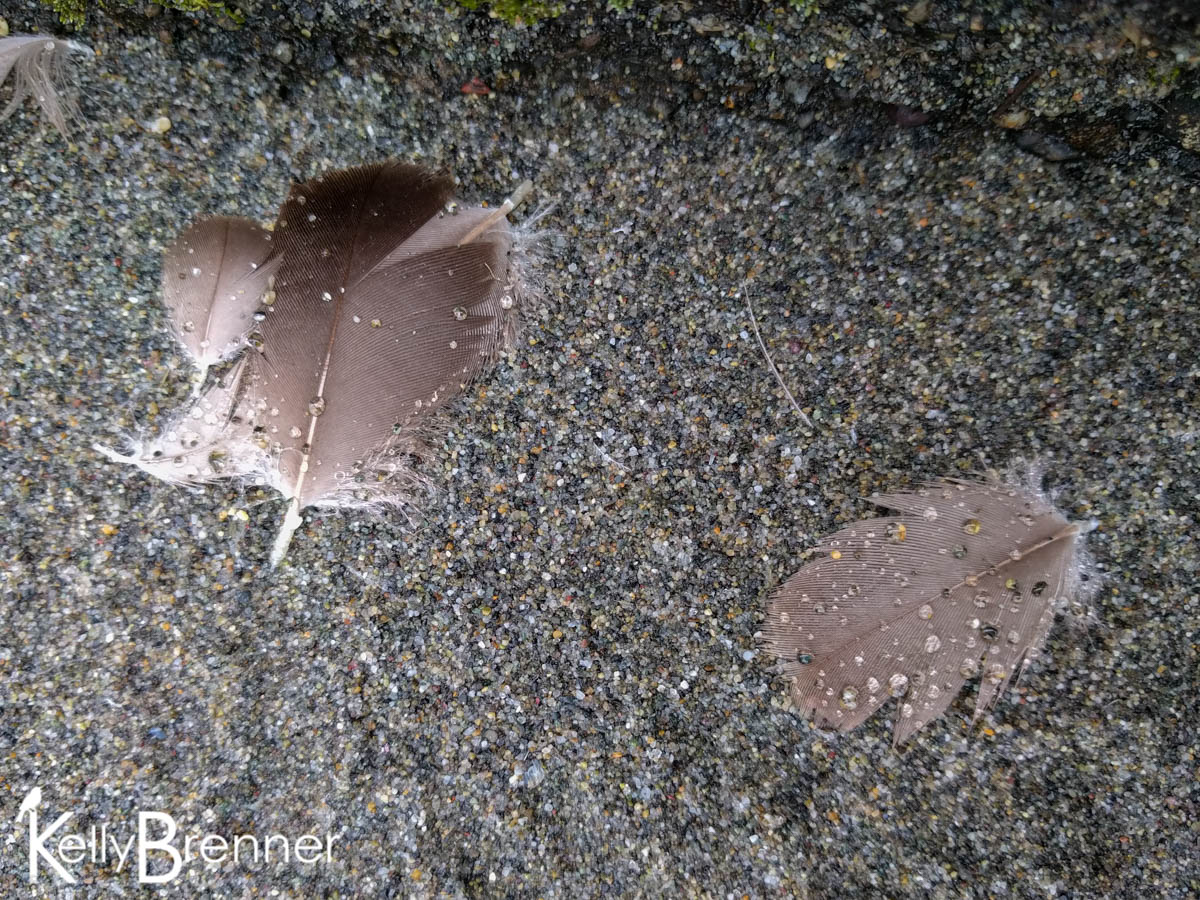 By Kelly BrennerJune 30, 2016No Comments

On this last day of 30 Days Wild I heard a large group of frantic crows this morning at the wetlands behind our house. Knowing the Cooper’s Hawk nest there was following similar timing to the nest at the arboretum, I thought maybe the chicks had fledged sending the crows into a frenzy. We walked down later in the morning to investigate, but first stopped at the beach. This time of the year the water is slowly starting to retreat from the beach as the boats going through the locks releasing many gallons each time. A thin strip of sand has finally been exposed and I can look for tracks once more. Today I spotted a few tiny little tracks and my guess is they were left by rats. We also found a lot of feathers along the beach, many of them with flat tops. I don’t remember finding these types of feathers before, but I know we annually find many of the dark brown and very large Canada Goose feathers in the spring. I’m not sure if these are also from the geese and are just a different layer they molt now, or if they were from the goslings or something else entirely. They ranged in size from a couple of inches long to less than a half inch.

We then set off through the wetland path to see if we could find any signs of the Cooper’s Hawks, but like most the rest of the spring, the mosquitoes were voracious and we moved quickly. As we walked I didn’t hear any crows, nor did I hear any begging sounds from the chicks like I heard yesterday on Day 181 from the arboretum chicks. When we emerged onto the sidewalk on the other side, we stopped briefly to look at the nest before the mosquitoes caught up. The nest is nearly completely hidden by the dense leaves surrounding it, but I could see movement in the nest, probably the chicks practicing flapping their wings. They’ll be much easier to see once they fledge and move out of the nesting tree…hopefully.