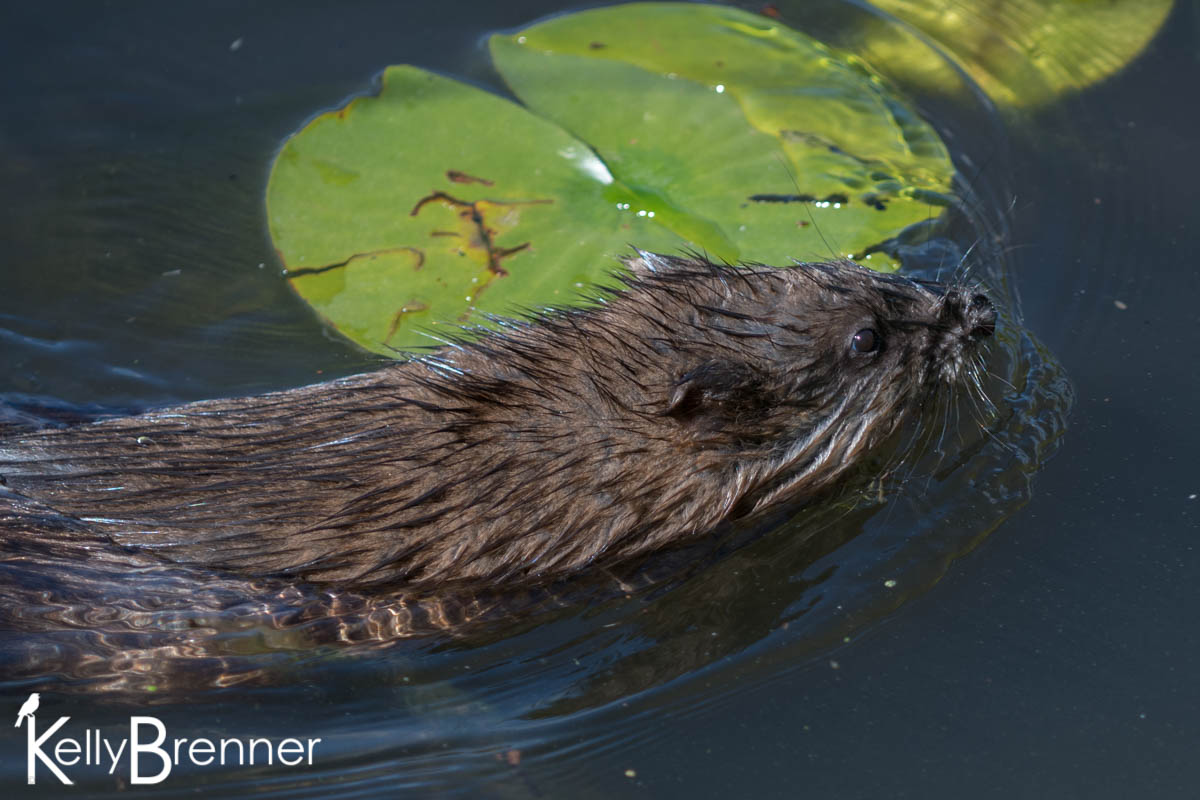 We hadn’t been to Seward Park in awhile. Despite living close to it, we spend more time at the arboretum because my daughter goes to school there. Before she started preschool we used to walk two and a half miles around Seward Park several days a week. It was nice to visit on this warm and sunny day because there was a lot going on around Lake Washington. We walked on the west side of the park and along Andrew’s Bay we stopped to watch dragonflies. I saw many Eight-spotted Skimmers, both males and females, a Blue-eyed Darner and one Cardinal Meadowhawk.

There were a few Mallards resting along the reeds close to the shore and all of a sudden they all quacked in surprise and jumped up and flew away. Even the Mallard ducklings that were foraging fifty feet out in the water scattered quickly before going still. We looked all around to see what had startled them and then my husband spotted it. A brown-furred mammal was swimming right in front of us, no more than ten feet away. It was a Muskrat. We watched it swim and followed it along the shoreline around the bay before it disappeared into a burrow in the side of the bank. That’s only the second time I’ve seen a Muskrat here, the other time was at Mercer Slough.

We also watched several Great Blue Herons on the docks in the bay interacting. One would fly in, sometimes right at another who was already standing on the dock and often a brawl would follow. They would sometimes come back and other times fly and land in the tall Douglas Fir trees lining the lake. From the few shots of the interactions I got with my camera, it looks like the adults were chasing away juvenile herons.

At the end of the walk I encountered a pair of juvenile Bald Eagles flying together over the bay and sparring. They’d chase each other and one would flip and they’d nearly lock talons before flipping back over and flying away. I followed them and one landed on a branch and watched the other, presumably a sibling, flying over it. There is a nest at Seward Park and these may be chicks from there, but I don’t know. There are frequently juvenile Bald Eagles along the lake and I didn’t keep an eye on the nest at Seward Park this year to know if they could already be this old. 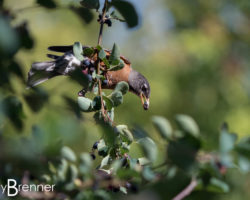 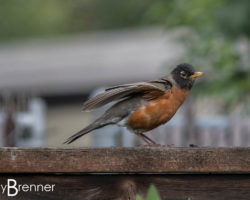