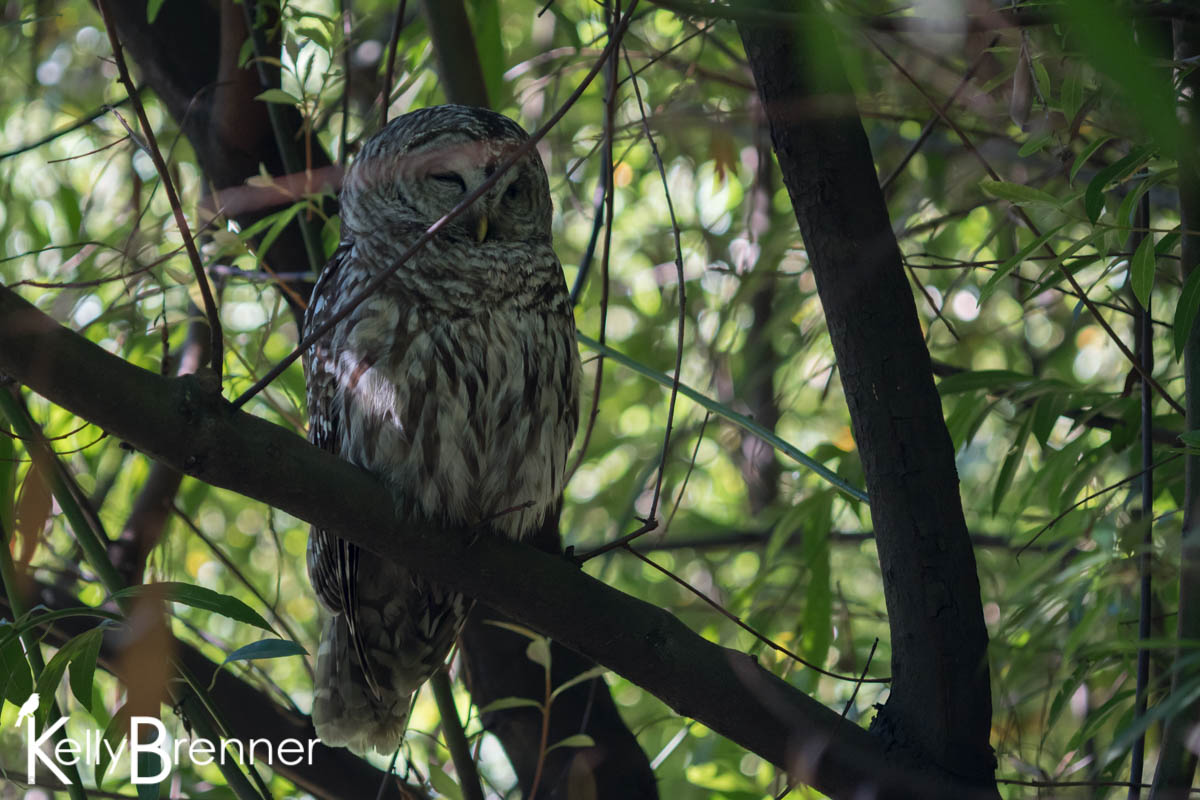 By Kelly BrennerJune 17, 2016No Comments

The Barred Owl that had perched in the tree next to my daughter’s classroom on Day 167 has apparently decided it makes a good place to roost. The teacher told me it was there a good portion of the day yesterday and it was back there again this morning. I find the fact that these owls not only nest near two outdoor classrooms full of loud kids, but roost in a tree overlooking it, incredibly amazing behavior for an owl. I searched all over the area for the two owl chicks but had no luck finding them anywhere.

Later I went to check on the Cooper’s Hawk nest and was happy to see activity inside. When I first arrived, all was quiet and still, but shortly after a white head popped up over the edge of the nest and the chick stood up. I was surprised when a second head joined the first, I’d only ever seen one chick in the nest before. As the two chicks remained visible, I thought I saw white movement on the other side of the nest so there is very likely at least a third chick in the nest. The middle one was flapping its wings and hitting the other one in the face. As I watched I heard a repeated call and found one of the adults in the Madrone tree I’ve seen them in before.

I checked on the pond and found a few dragonflies, Eight-spotted Skimmers and a few darners flying around. On the path leading down to the pond, a few females of different species were warming in the sun.

As I walked back, the crows alerted me to one of the owls, chasing it around before it landed high up in an evergreen tree. Later, at the last day of school celebration in the forest grove classroom, the crows again raised a ruckus and chased one of the adult Barred Owls into the trees above the classroom. It’s not easy being an owl and hunting during daylight hours in crow country.