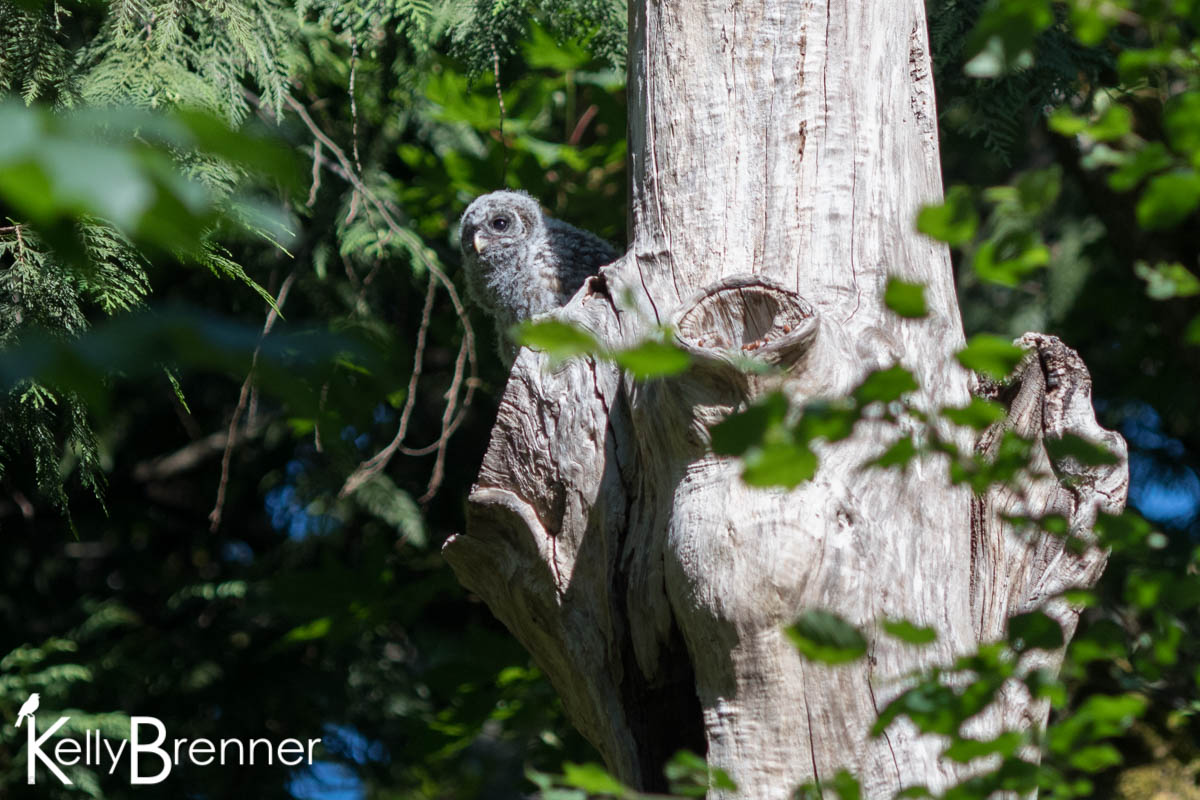 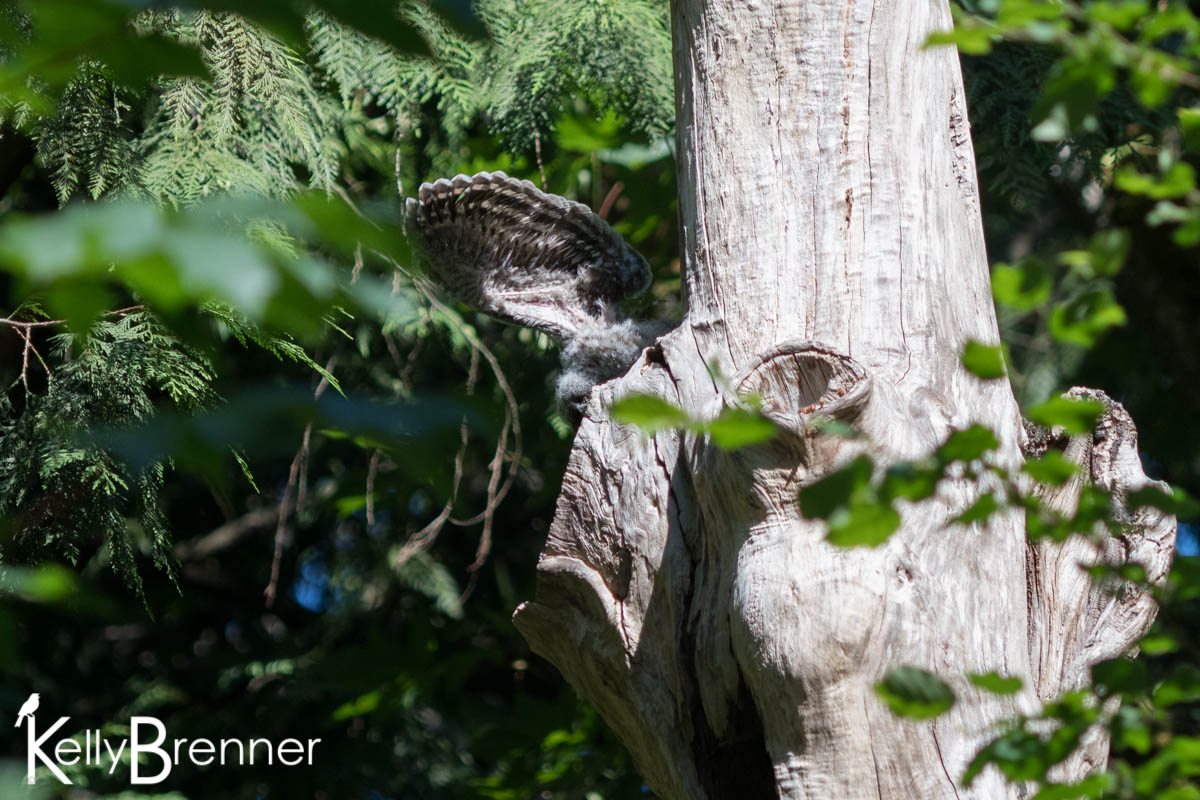 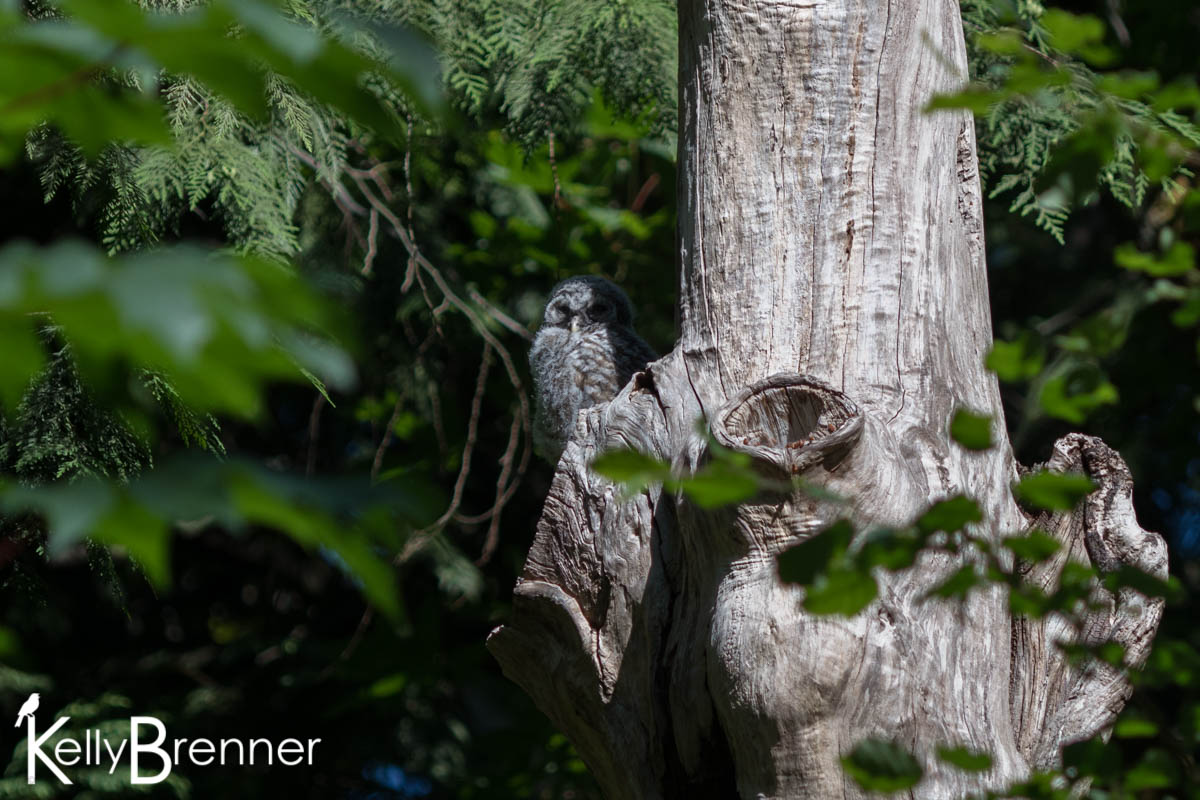 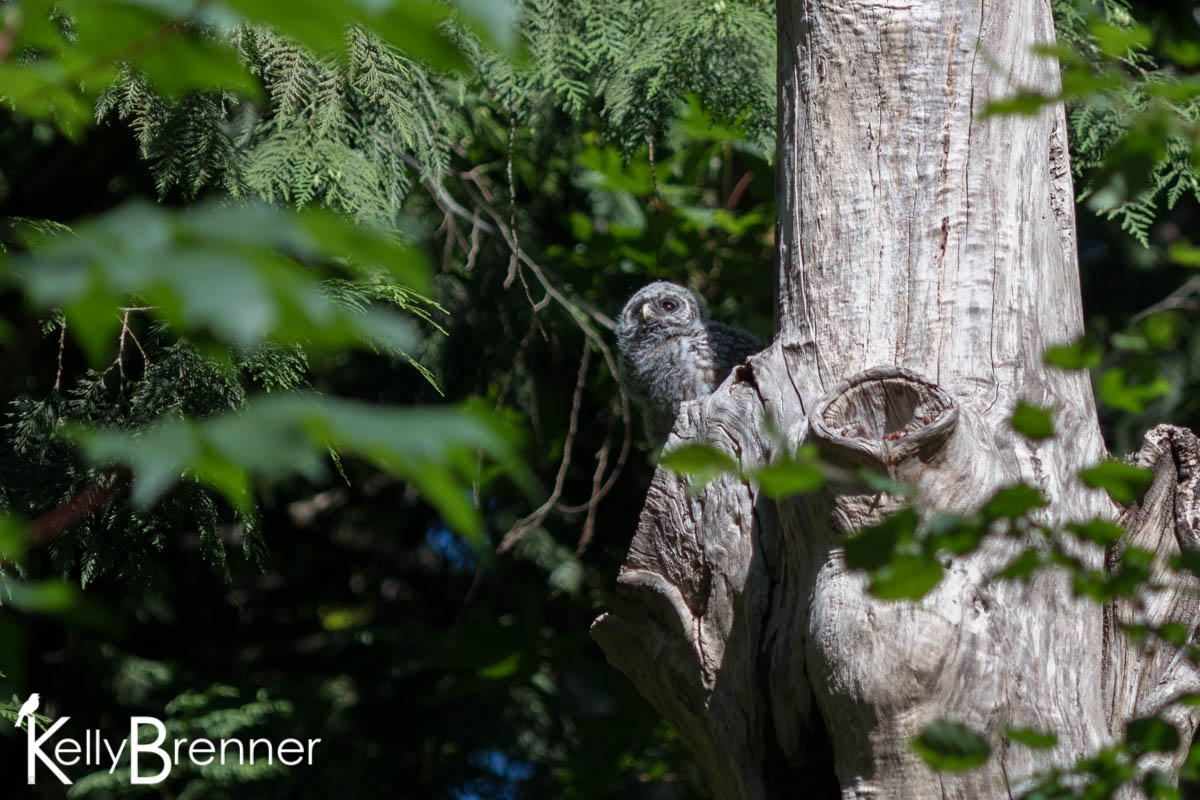 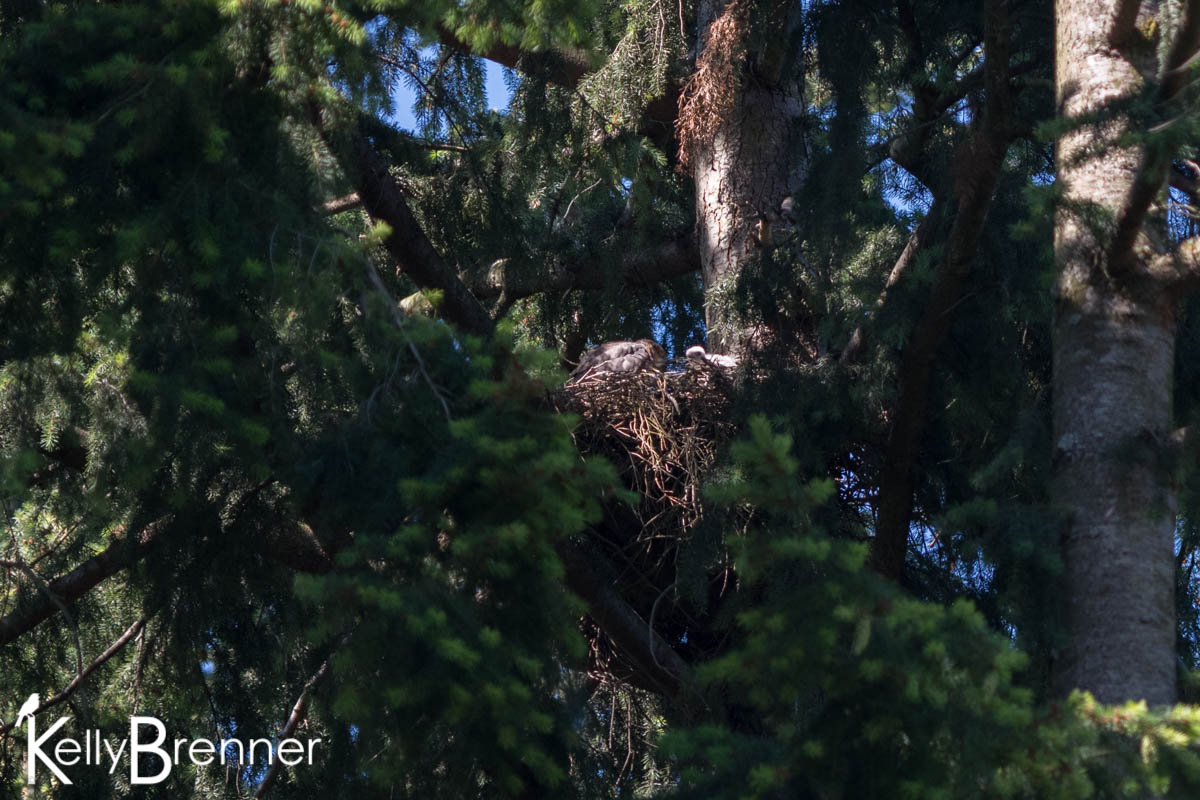 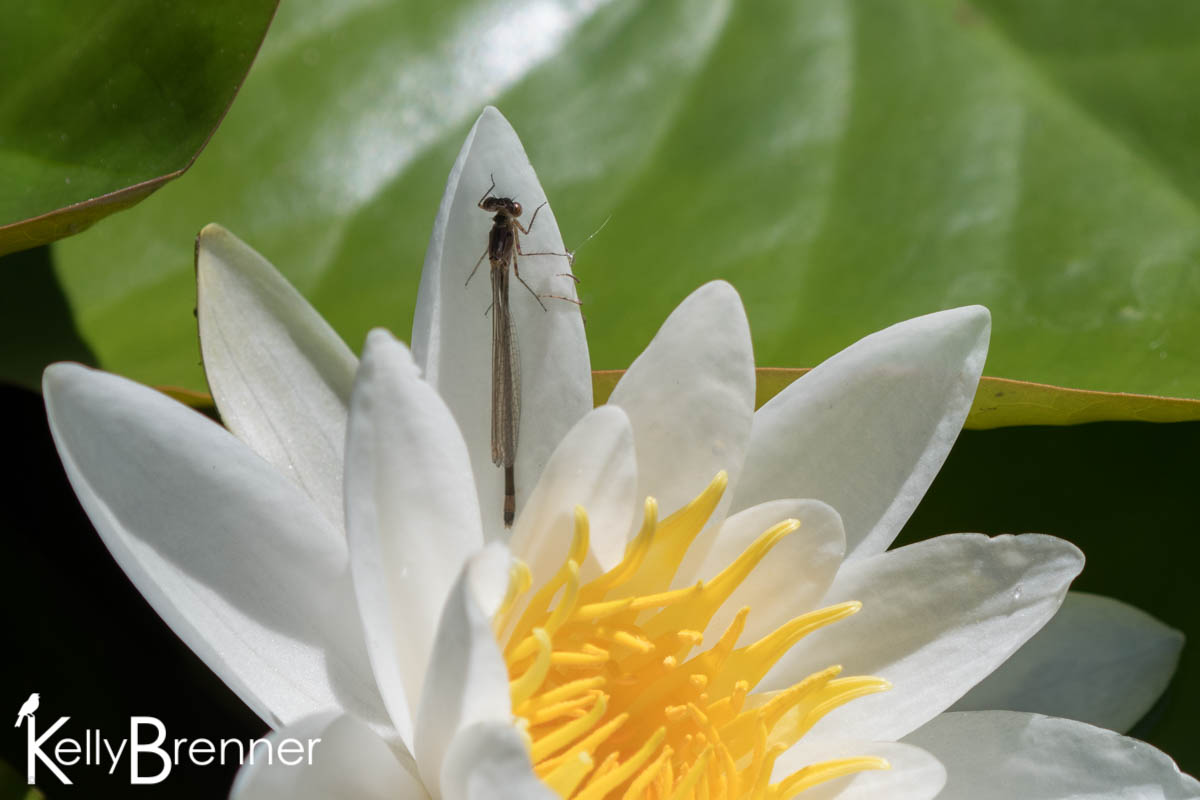 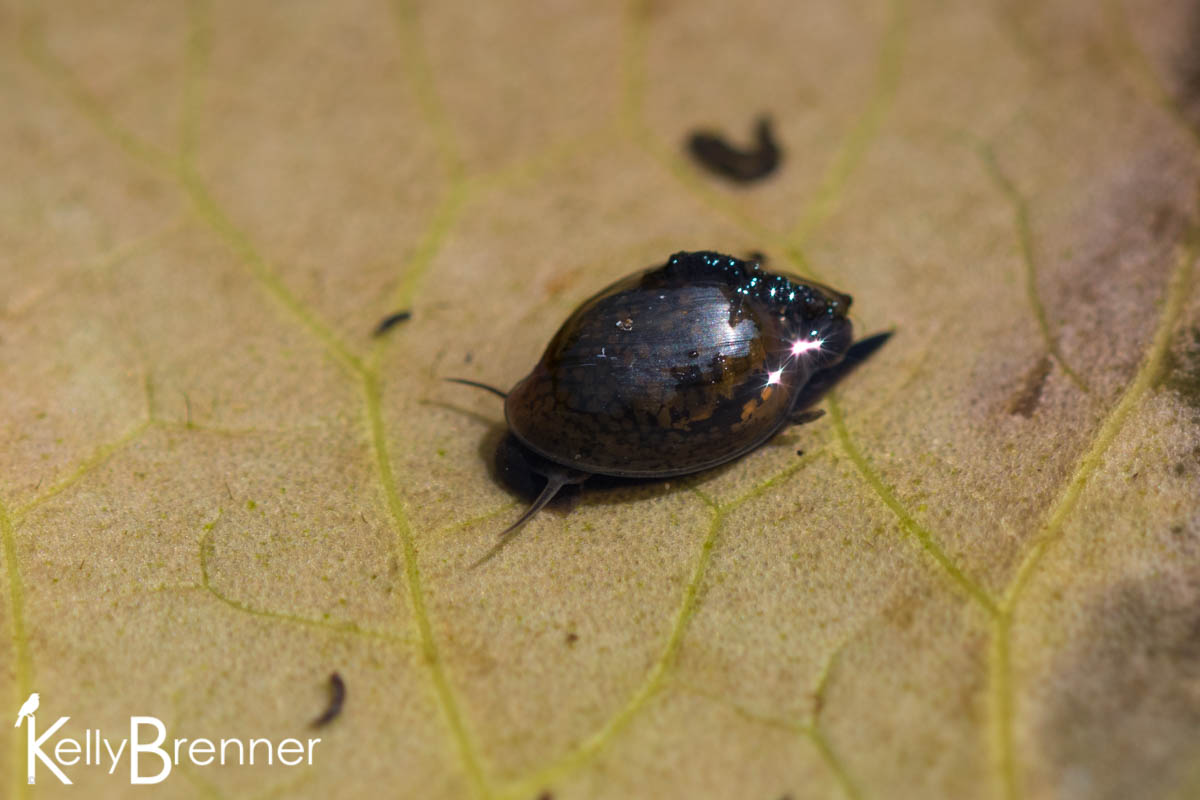 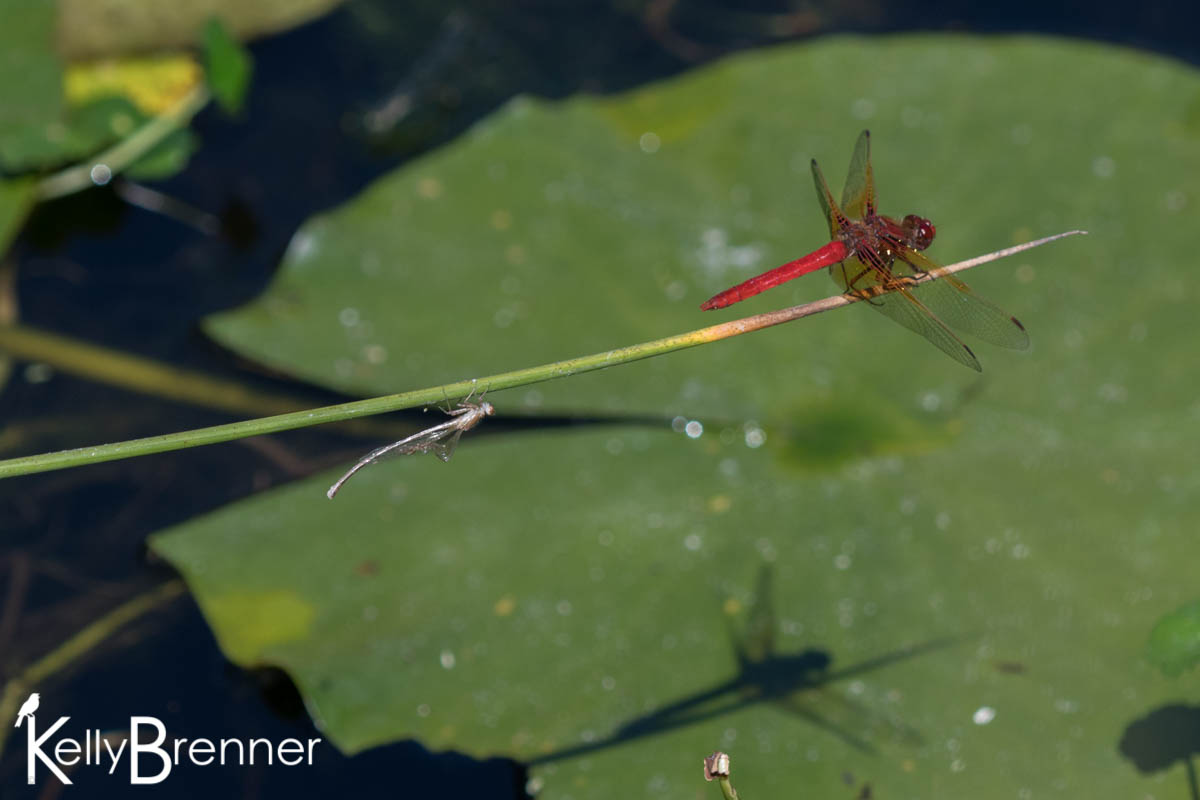 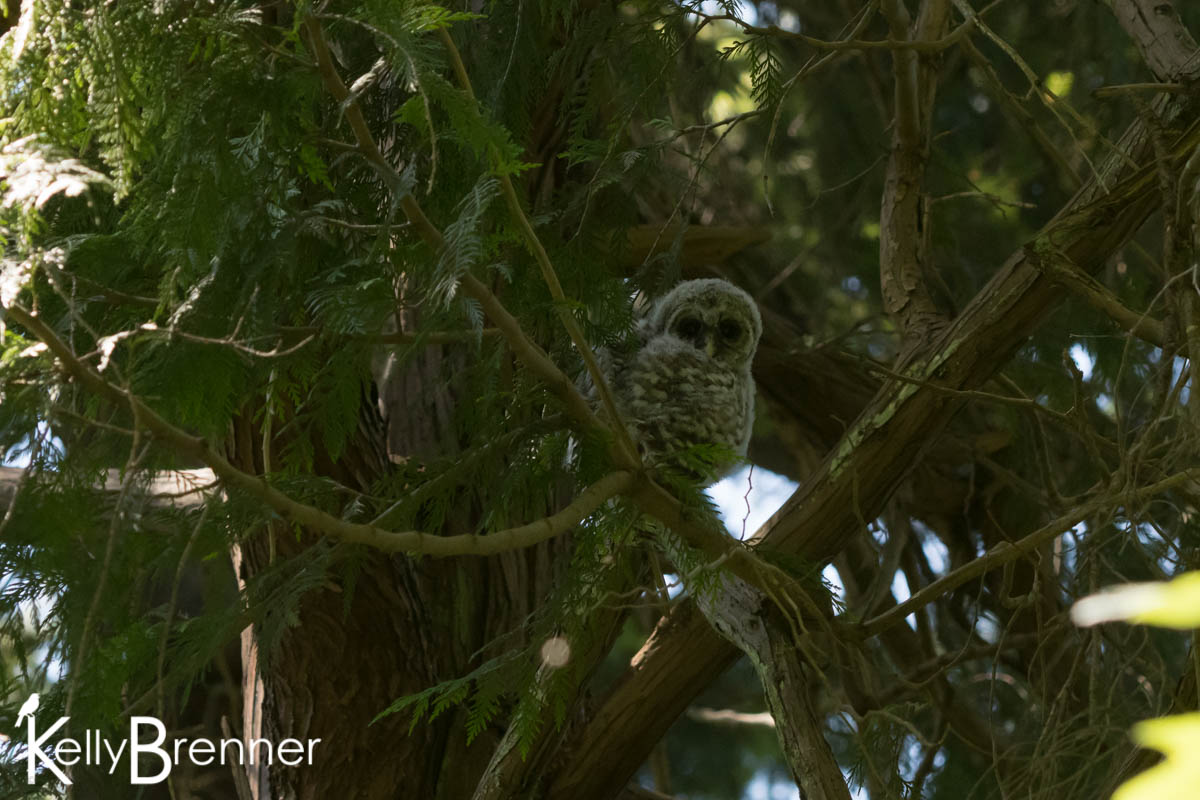 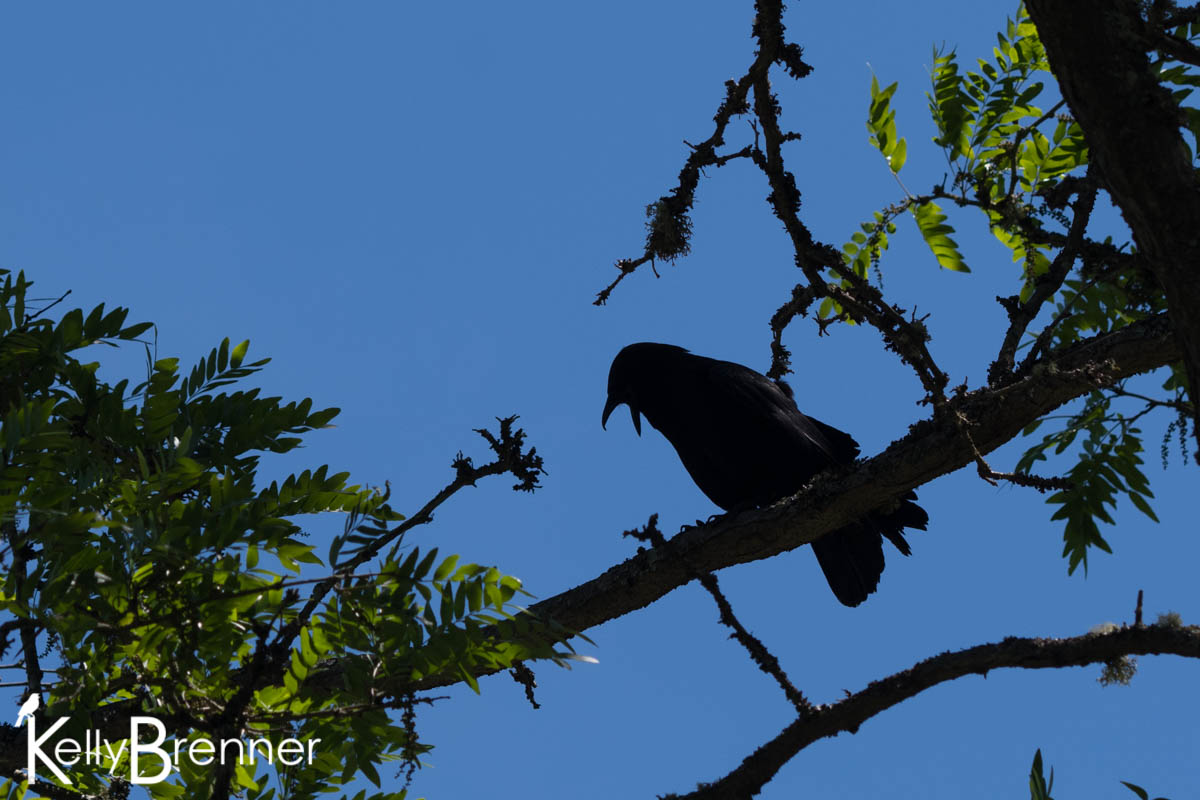 Some days I’m lucky, and some days I’m very lucky. Today was the latter. I walked my usual route through the arboretum and happened upon a Barred Owl chick, perched outside a nest in a snag. As I watched, I could hear it make quiet calls which were echoed by another bird somewhere nearby. After a brief scan, I located one of the parents a couple of trees away. I went to the other side of the snag where the sun shining directly on it and the chick turned to face me. I watched it look around, head bobbing up and down. It also tried out its wings, flapping them while perched on the edge. Eventually it turned and went back inside the nest and I left to check on the Cooper’s hawks nest.

My timing was impeccable again and I could see an adult in the nest and one white, fuzzy chick bobbing about. I watched for just a couple of minutes before the chick sank down into the nest and I couldn’t see it anymore. The adult had a casual preen while I sat and watched, but the chick remained safely deep in the nest.

I stopped by the pond to watch dragonflies again and saw some of the same species, Cardinal Meadowhawks were mating and laying eggs, Eight-spotted Skimmers were likewise laying eggs. Several darners cruised the pond and at one point I saw what I think was either a Western Pondhawk or Blue Dasher but it flew off so fast I lost it. I wasn’t lucky enough to find the Four-spotted Skimmer again though.

When I walked by the owl nest again, it was quiet and I saw no adults nearby. I sat on the bench to enjoy the quiet shade when I heard a tizzy of songbirds from the area I first saw the adult owl earlier in the day. I walked to the spot where I’d first seen the chick on the snag and looked around. At first I didn’t see, or hear anything, then a movement in a tree next to the snag caught my eye and I found a Barred Owl chick. I don’t know if it was the same one I had seen earlier or a sibling though. After a little more searching I found an adult in the same tree as before, but higher up. It looked like it was taking a quick snooze and didn’t seem concerned in the slightest about the chick wandering the branches outside the nest. I watched for awhile as the chick preened and looked around constantly curious. 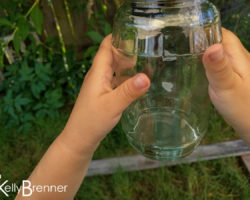 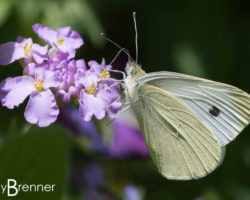