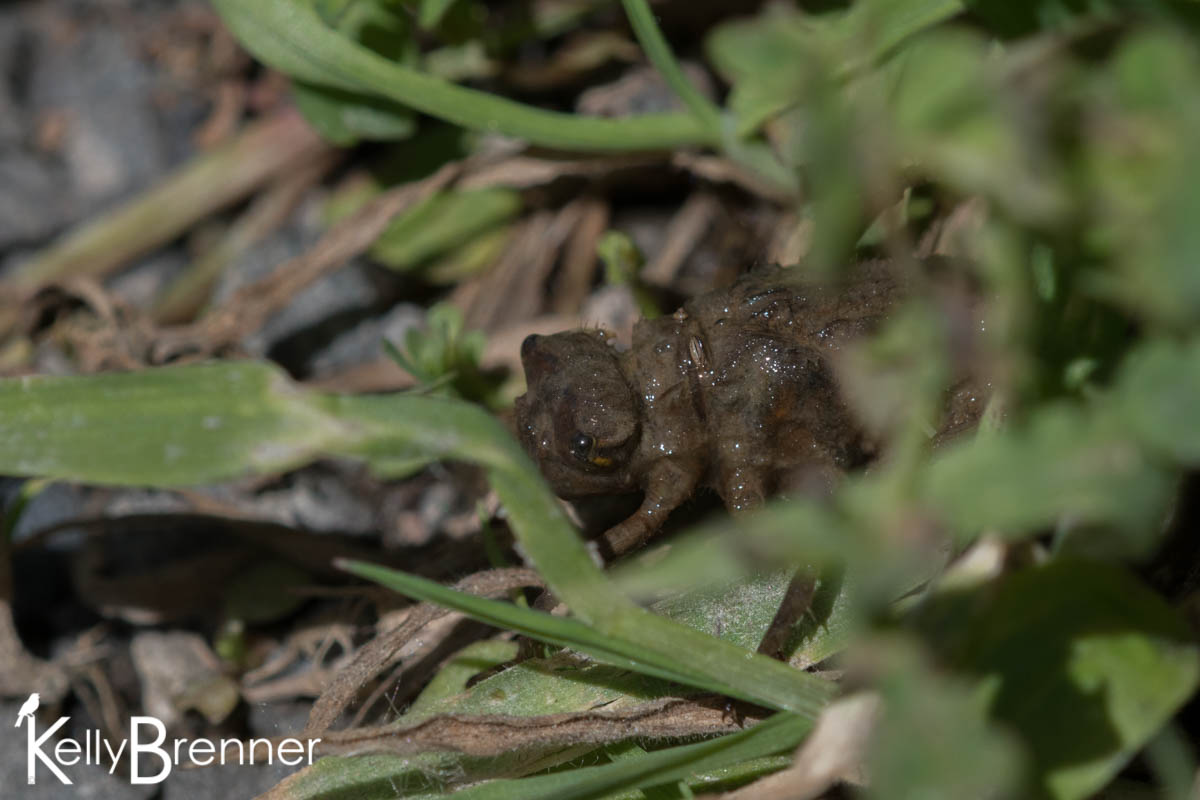 The forecast called for hot and sunny today so naturally I headed for Magnuson Park. Even though I got their fairly early, around 9:30am, the dragonflies were already flying because it was so warm. Before I even left the parking lot, a Lorquin’s Admiral flew around and landed on the pavement. In the outhouse, a damselfly had flown in and been trapped and I was able to grab it and release it back outside into a more pleasant environment. I took the butterfly and damselfly as good omens before I even set foot in the park and before long I’d already found a dragonfly. It’s a tricky one, but I think it may be an immature Cardinal Meadowhawk. Even though they are adults when they emerge from the larva skin, they’re not quite sexually mature yet and so are considered immature.

At one of the ponds, I sat along the edge and watched the life in the water while a Marsh Wren sang loudly on the cattails. I watched backswimmers and large water beetles under the water along with tadpoles and snails. Above the pond flew Common Green Darners, Cardinal Meadowhawks and plenty of Eight-spotted Skimmers. Around the corner I found another Lorquin’s Admiral nectaring on a Mock Orange and chasing off any dragonfly or butterfly who intruded on that territory. At the large pond I looked into the water and saw a strange fish with white circles on its sides hovering in one area. The circular area was clear of algae, which covered the rest of the pond bottom as far as I could see. The fish never went out of that circle area and I’m guessing it had a nest with eggs there that it was fanning and protecting.

Across the street at the main pond, the dragonflies were out by the dozens. There were many Eight-spotted Skimmers and a couple females trying to lay eggs in vain. Every time they got over the water, they’d get a couple of dips in before a male would fly up and grab her. Darners were also patrolling and I saw Common Green Darners and Blue-eyed Darners and I think California Darners, but I can’t be sure. The shallow edge of the pond was illuminated brightly from the sun and I’m almost positive I saw two dragonfly larvae scurry across the muddy bottom before taking cover under piles of algae. Above the pond I found Variegated Meadowhawks and a few Common Whitetails as well. The Common Whitetail males were constantly fighting, but in a most interesting way. When one saw another, they’d fly in a tight circle, like dogs going around each other, but up and down. Another Lorquin’s Admiral drank minerals from the gravel path.

The Pied-billed Grebe chicks, five of them were busy begging noisily still. Early on I saw one parent bringing food to the chicks and saw the prey it had caught was not a fish, but a dragonfly. It fed it to one of the chicks and although it was rather far away, I think it may have been a Common Green Darner. How the grebe caught it, I’d like to have seen. It must be more common than I thought, because as I looked at my photos I saw there was another shot of the parent feeding a chick a Cardinal Meadowhawk.

A Gadwall seemed to follow me around the pond quacking and Tree and Barn Swallows flew high over the pond. A ruckus of crow caws drew my attention to a Red-tailed Hawk flying high over the park.

As I wandered back along the path a Common Whitetail caught my eye sitting on the path and as I watched it, I was truly astonished to find another dragonfly larva sitting along side the path. Back on Day 132 I had found one run across the path, away from the water and disappear into the vegetation on the other side. I had emailed Dennis Paulson, the author of Dragonflies and Damselflies of the West about my finding and he told me how unusual an observation that is because they usually emerge at night and mostly right along the water. So to find it happening again today, in almost the same exact place was truly amazing. This one sat for a short moment before running across the path, just like the last one. It was almost an exact repeat of the last time I saw it happen. I don’t know what made me so lucky, but I’m not complaining. As I left my last spotting of the day was something I hadn’t seen yet today, a female Western Pondhawk, a completely green dragonfly. 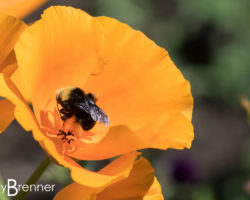 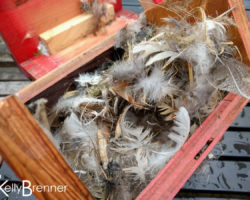