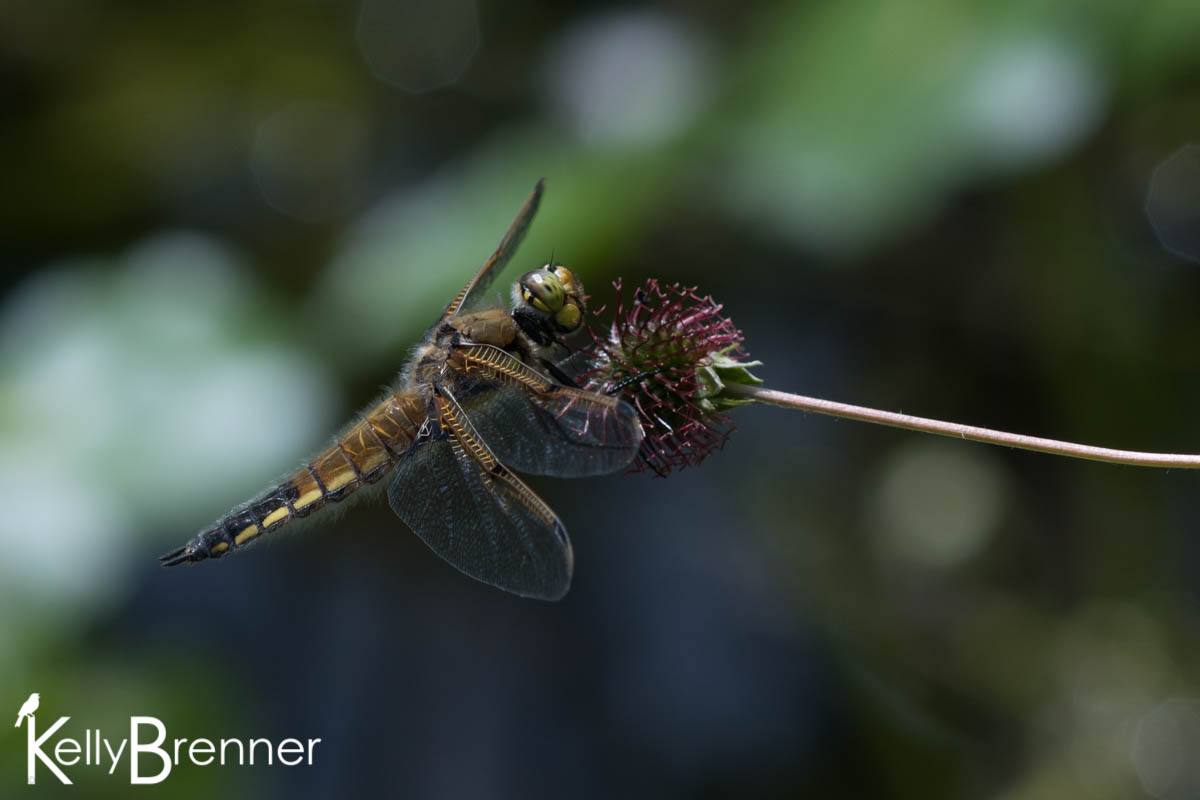 Today is the first day of 30 Days Wild and it coincided with a pretty exciting day at the arboretum. I went on my usual walk and stopped near the Cooper’s Hawk’s nest to see if anything was happening. All was quiet and even though I heard a quick kek from around the nest when I first arrived, I didn’t see any activity in the nest. After suffering a half dozen mosquito bites and not hearing or seeing anything else, I stood up to leave and at that very moment the female Cooper’s Hawk flew in and landed in the tree I’d seen them in on Day 134. I assume it was the female because she had no bands on her legs and her mate does. She had a quick preen before flying east out of view. I could hear her calling from behind me, but then I heard another Cooper’s Hawk calling from closer to the nest. Eventually I heard them both calling and I moved to a different vantage point and then I could see the female in the nest. It appeared she was tearing into prey, but whether she was eating it herself or feeding it to new chicks, I could’t tell. I didn’t hear any chicks begging.

The day was getting warm and sunny, so I headed down to the pond to look for dragonflies. At first there were only damselflies out on the pond but eventually a couple of Eight-spotted Skimmers showed up followed by two or three Cardinal Meadowhawks. I saw a small darner which may have been a California Darner, and at least one Common Green Darner. I also found a Common Whitetail basking on the rocks along the edge of the pond. As I was getting ready to leave, a dragonfly caught my eye and I could see it was something unusual. Fortunately, it let me take a lot of photos and when I got home I consulted Dragonflies of Washington and found it was a Four-spotted Skimmer. According to Dennis Paulson, that’s the first record of that species in Seattle.

I was also lucky to find a newly emerged damselfly, ghost-like in color with wings still shriveled up. The lily pads were covered in damselfly exuvia. A pair of mating Cardinal Meadowhawks also dipped into the pond laying eggs.