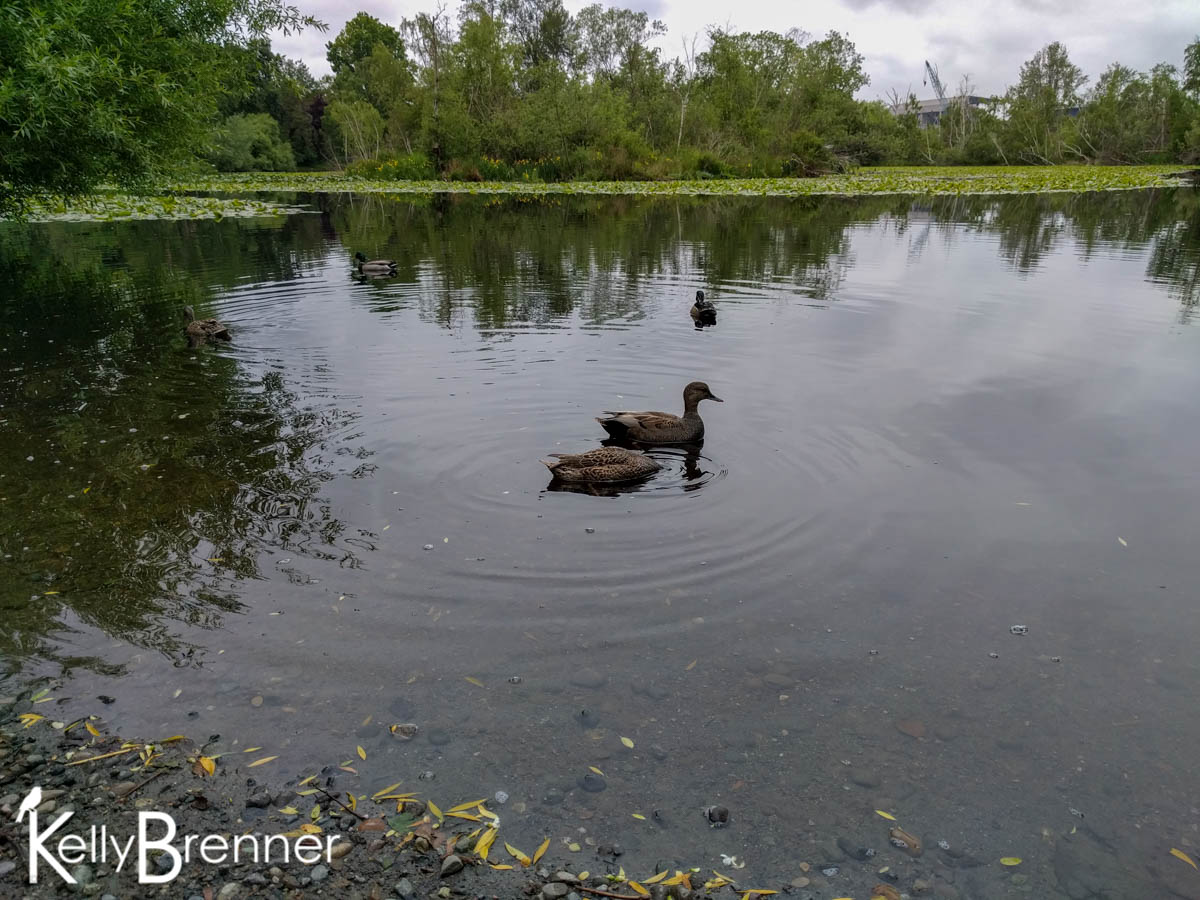 One lesson I’m beginning to learn from this 365 Nature project about being a good naturalist, is sometimes just sitting down for awhile offers more advanced and intimate observations. Not exactly an earth-shattering revelation, but one that’s hard to follow sometimes when there’s so much to see. Moving seems to be the logical choice to seeing as much as possible, but stopping and letting nature resume its regular activity offers just as much, if not more to see.

Today the weather is overcast, a break in the rain from the weekend, but everything seems subdued. I walked to the north end of the arboretum to check out the Eagle’s nest, both adults were there but I couldn’t see anything in the nest. So I wandered back to the bridge and then I sat along the water. Immediately the ducks came to me, obviously used to being fed by visitors. A pair of Mallards were first and boldest, the female standing less than a foot away from me and waiting. Then a pair of Gadwall swam over joining the Mallards before a lone male Wood Duck joined the group. Before I started visiting the arboretum frequently, I viewed Wood Ducks as secretive and slightly mysterious birds. However, there are at least one pair at the arboretum that are not shy in the least and will come quite close. This has changed my views of them and in a very human way, their begging for food with the common Mallards lowers their dignity in my eyes. I’m thrilled to get such exquisite looks up close, but I can’t help thinking it should be beneath such spectacular birds to scrounge for bread crumbs.

After it became obvious I wasn’t going to feed them, the Mallards and Wood Duck departed, but the pair of Gadwalls stayed and the male watched over me while the female foraged in the water. They never went further than five or six feet away from where I sat, like they were on a tether. Why they stayed so close I don’t know, I’d of course like to think it was my charming personality that they were drawn to, but of course it was not that. Perhaps they were holding onto this prime territory where humans feed them, or perhaps the female just wanted to forage there.

As I sat quietly watching, I realized the male Gadwall was making a very quiet clicking sound continually, almost like he had a case of the hiccups. I’ve never noticed Gadwall, or any duck, making such a sound before and I probably never would have had I not been sitting quietly, just watching and listening.

Eventually a gang of male Mallards arrived, driving the reluctant Gadwall pair away. As I watched the Mallards split into three groups, I realized how complex their society is as they interacted, chasing after one another or sharing a quiet quack once returned to their group. It made me think of West Side Story and I kept hearing When you’re a Jet, you’re a Jet all the way in my head.

As I watched the Mallards a pair of Canada Geese arrived from the right, but suddenly they honked and flapped away in haste from where they were floating so dignified. Before I could wonder what had spooked them I saw the tiny head of a Pied-billed Grebe coming up out of the water from where the geese were flying away from. Apparently the grebe didn’t like the geese floating through it’s territory. I guess you could say the geese got goosed. 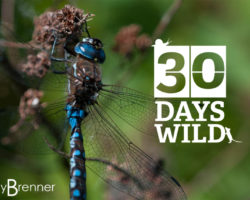 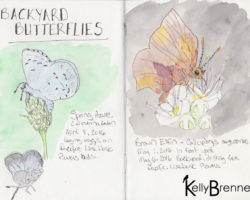