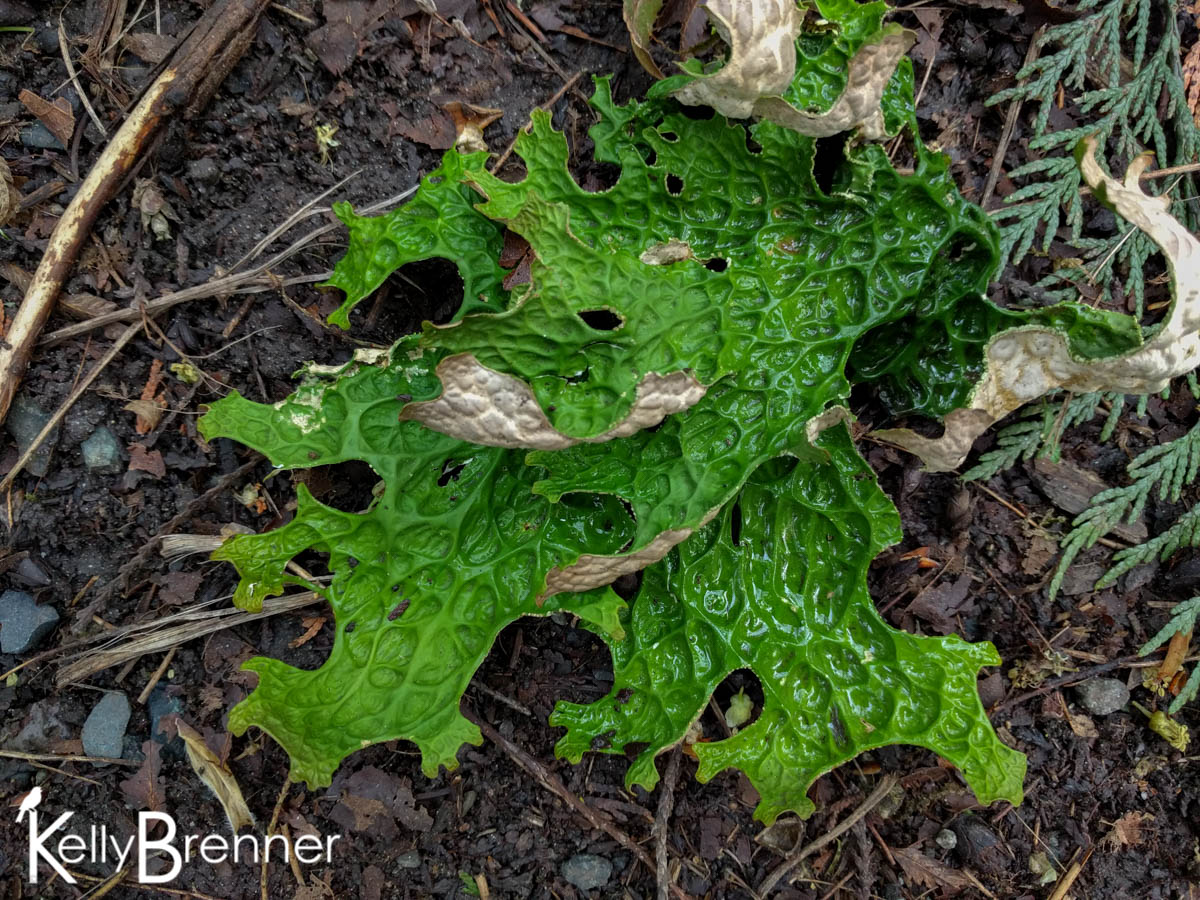 By Kelly BrennerApril 15, 2016No Comments

We went to Seward Park to explore the central forest area of the park and after last night’s rain it was a lush wonderland. Brown slugs were everywhere on the trails or just to the side, mosses were moist and soft and the lichens were green. We found one lichen that was huge and as green as any I’ve ever seen. Along the same trail we found some Stinging Nettles growing, one in the remaining, still upright trunk of a tree. There was quite a few fungi growing around the park as well.

At one point I thought I heard a Raven again. This time the bird flew over us, above the tree level and it was very large. I managed to get a recording of the call as it flew away this time.

There were a number of Indian Plum plants which had been thoroughly chewed on by something. I searched on the undersides of many but failed to find any caterpillars.