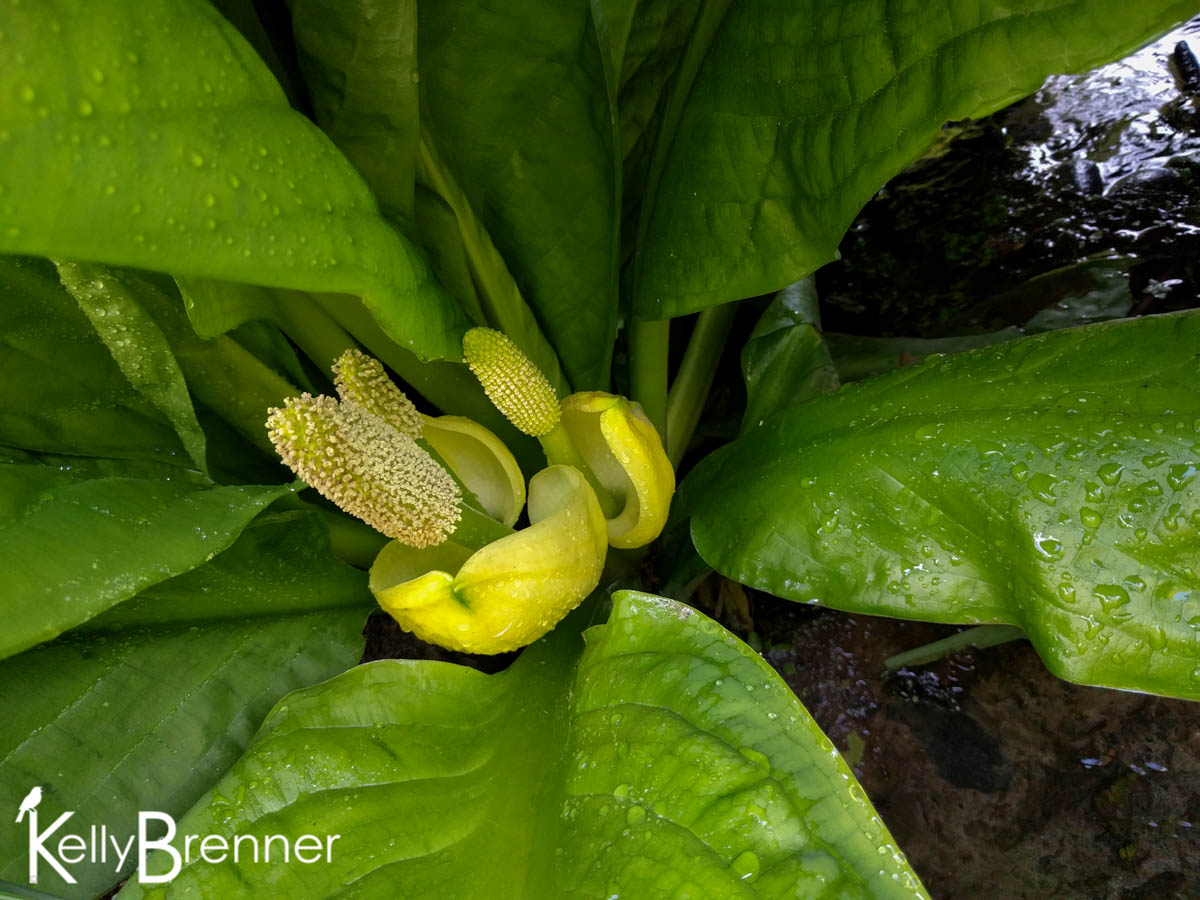 By Kelly BrennerApril 13, 2016No Comments

A morning trip to Kubota Garden resulted in a very quiet walk on this cool day. We didn’t see any other people until at least halfway through our walk, but we heard a lot of birds singing and encountered a Red-eared Slider turtle warming up on the edge of one of the ponds. I paid a lot of attention to some of the landscape stones because a few looked like they were recently placed along a new path. Many of them were already covered in growing mosses and lichens, brought along with the rocks. Other older rocks I found had lichens with their fruiting bodies growing in little cups upwards from the rocks.

Somewhere in the middle of the park I heard a call that sounded like a Black-capped Chickadee’s voice, but it wasn’t a tune I was familiar with. Nearby I also heard a female crow begging on a nest, she was easy to hear across most of the park, but very hard to see. It was simple finding her tree, a narrowly growing evergreen, but I was surprised how difficult it was to see the nest in the scrawny branches. Eventually I gave up looking.

Under one of the newer foot bridges I found a large Skunk Cabbage growing close, much closer than I usually get to see them and we took some time to look at the large leaves and the yellow flowers growing up from the center. Near the end of our walk I found an evergreen plant in the sun which was serving as an insect sunbathing location. As we walked past a bumble bee flew off along with a fly. But as I stood and watched, many flies landed on the shiny leaves in the sun, until I scared them away with my phone to take a photo.