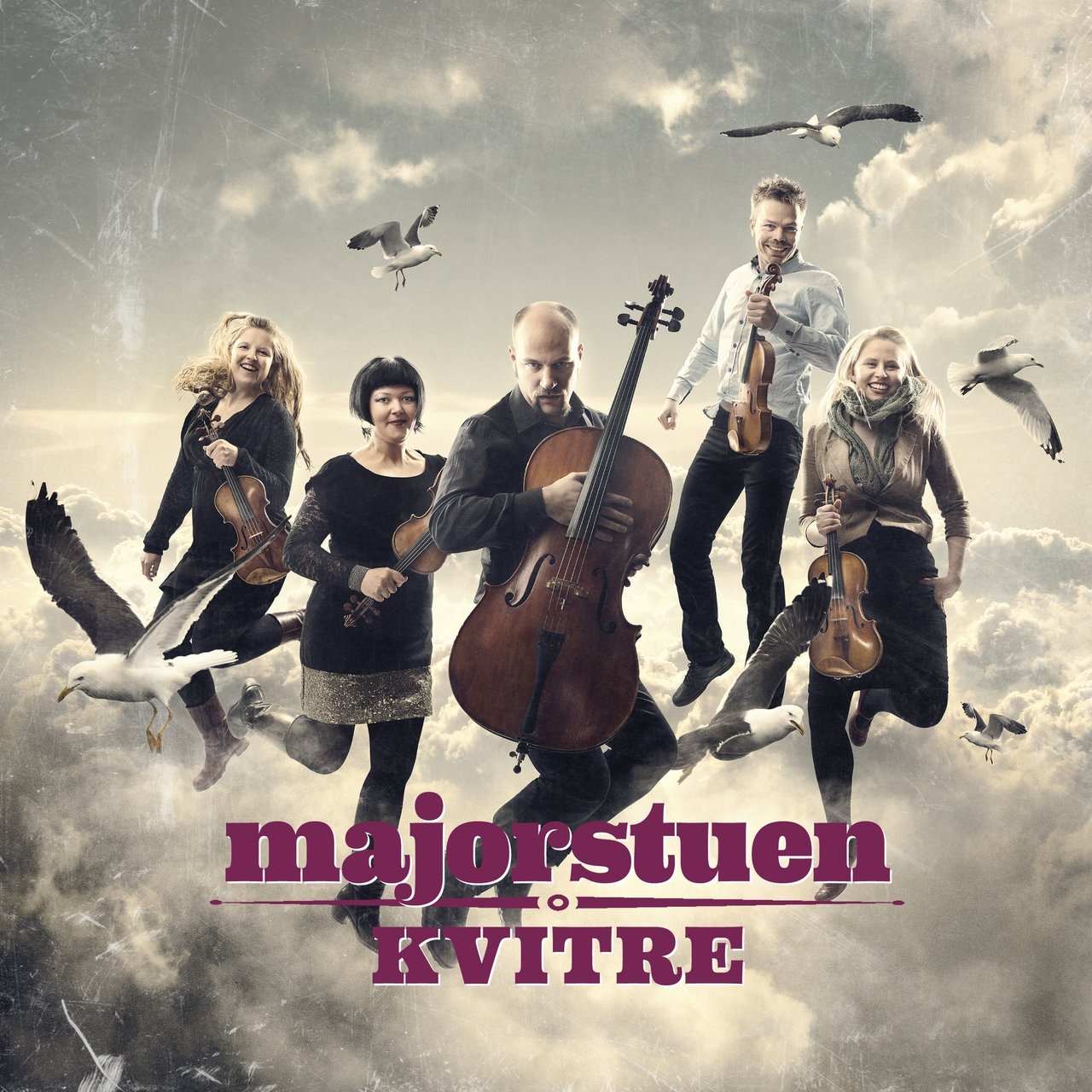 By Kelly BrennerApril 12, 2016No Comments

Folk or traditional music is one of my favorite genres to listen to and ever since visiting Norway last year I’ve been exploring Norwegian folk groups. There’s a fiddle made in Norway used in much of their traditional music – and broadly across many genres called the Hardanger Fiddle. It makes a very unique sound that I find really wonderful to listen to and I’ve enjoyed finding groups who use it.

While there are many Norwegian groups I’ve found that I really enjoy, one in particular gained my interest because not only do I like their music, but they have an album devoted to birds. The group’s name is Majorstuen and their most recent album is titled Kvitre, which translates to Twitter – not the social media platform, but the sound a bird makes. They describe themselves on their website:

The traditional fiddle playing and the stylistic traits and esthetics of folk music is the foundation of the ensemble’s form of expression, still Majorstuen are influenced by stylistic elements from other genres. Fiddles are the main instruments, but the sonic palette is also complemented with several string instruments such as octave fiddles, viola and cello. The entire repertoire is arranged by a joint ensemble, which has helped to shape the distinctive character and unique sound of the ensemble.

Inspired by our feather-clad friends, the Majorstuen members have written songs steeped in Norway’s folk music tradition and themed entirely on birds; their singing styles and characteristic traits.

And then by Tove Persdøtter Hagen from Majorstuen:

‘We started the process by assigning three bird species to each band member and began to compose tunes that would match the traits of each bird. Some of the tunes are inspired by the bird’s singing while other compositions are based more on the specie’s demeanour.’

‘We’ve also focused on the humoristic side: we wrote a tune to salute the now extinct Dodo bird. The end result was a song that is sombre, slow and dark – a homage to the very last Dodo to walk the earth.’

Among the birds featured on Kvitre are the Puffin, Blackbird, Canada Goose, Cuckoo, Raven, Bullfinch and Woodpecker, among others.

I happened to find a Majorstuen performance of Kvitre from the Førde Folk Music Festival in 2013 which is beautifully done with images of the birds, their common names in English and Norwegian and their scientific names. Watch it below.