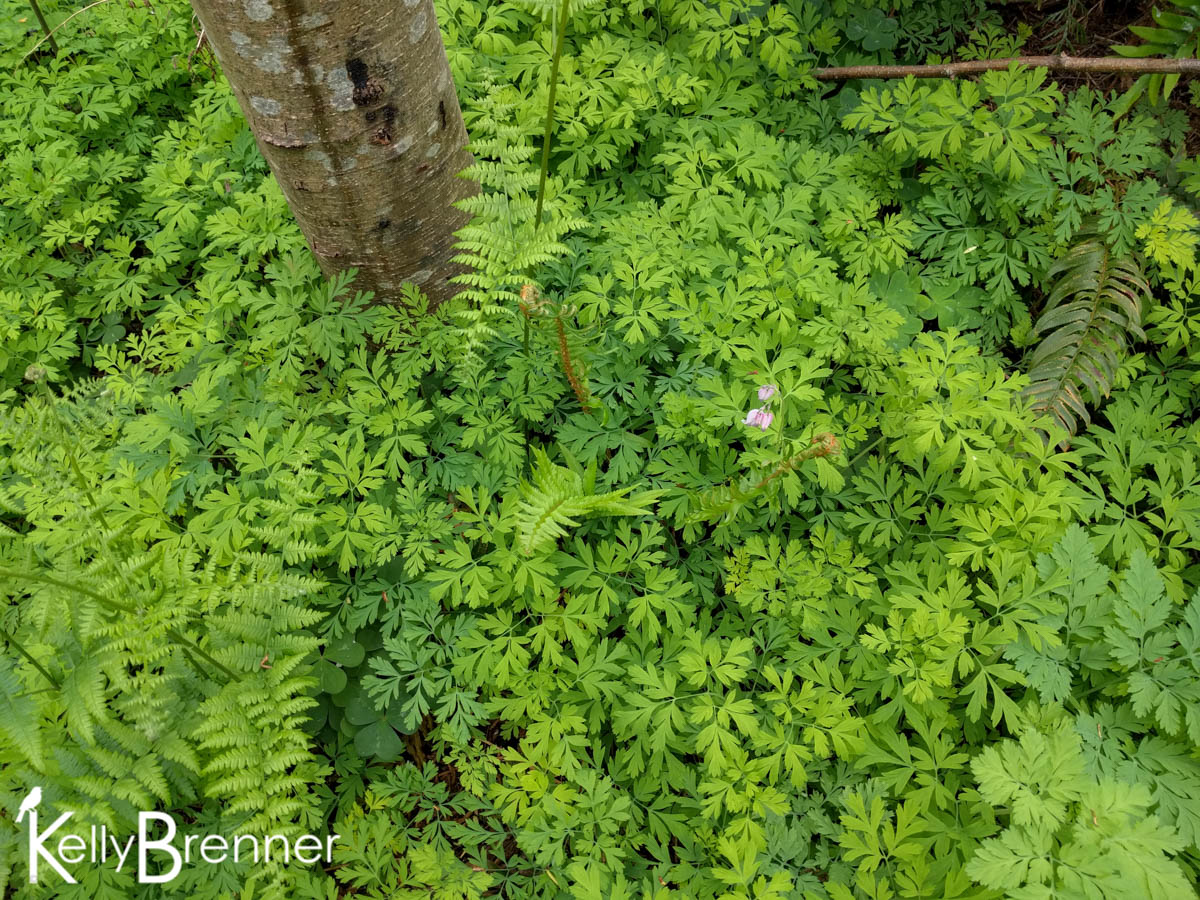 We visited Pritchard Beach Park again on this cloudy, cooler morning and found swallows, a dozen or more, flying over Lake Washington. In the wetlands flowers were blooming throughout the park and I found Bleeding Heart, Fringecup, Piggy-back Plant, Chocolate Lily, Camas, Evergreen Huckleberry, Trillium, Skunk Cabbage, Large-leaved Avens and Thimbleberry all flowering. Other plants were starting to come up like False Lily-of-the-Valley and Star Solomon’s Seal.

Near the end of the trail we again heard the cluck cluck call of the Cooper’s Hawk, which I’d heard on Day 100 while doing restoration work. As my daughter and I stood on the sidewalk scanning the trees for the nest, a car pulled up and it turned out to be a man named Ed Deal, who does hawk banding studies and knows a great deal about the Cooper’s Hawks in Seattle. He kindly pointed out the nest, although with all the new green leaves, it’s very difficult to see. He explained the hawks nesting system, and what I’ll hear – or not hear – once they start incubating. He also described the noise the chicks will make once they hatch. We’ll be returning frequently to see if we can get any glimpse of the nest, or at least hear anything to get an idea of when they’re incubating. It’ll be really interesting to watch this nest, along with the Black-capped Chickadee nest not far away in the same park and the Bewick’s Wren nest in our own backyard.

It was very interesting to learn so much about our Cooper’s Hawks since so many visit our yard. Ed even showed us the bands he puts on the birds, the males and females have different colored bands. They each have a colored band on one leg, and a metal band on the other leg. I haven’t seen any banded birds in our yard, but now I know they’re out there I’ll be keeping a closer eye on them.