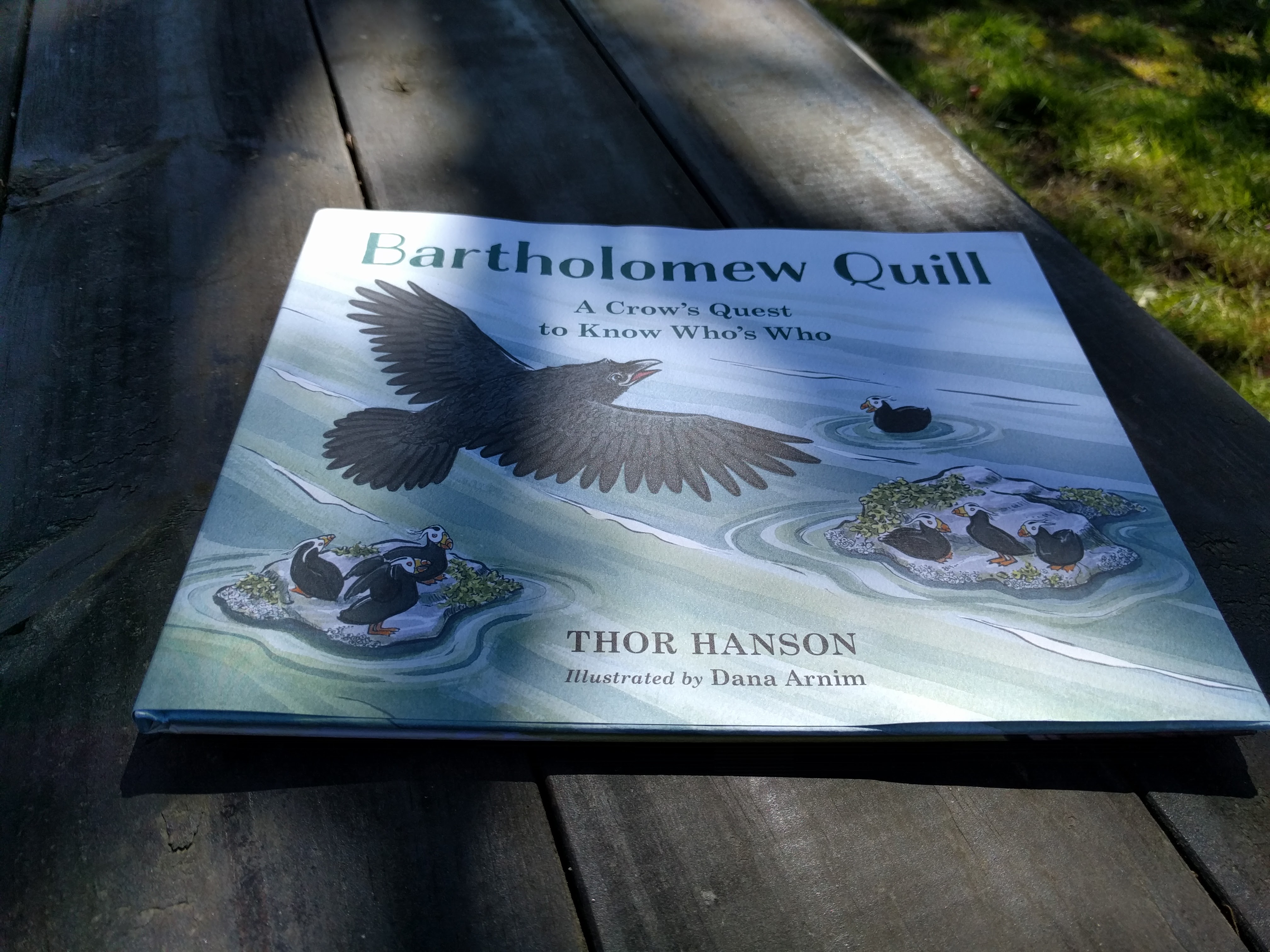 By Kelly BrennerApril 10, 2016No Comments

Local Washington author Thor Hanson released his first children’s book this week, Bartholomew Quill: A Crow’s Quest to Know Who’s Who. I’ve read two of his books for adults, Feathers: The Evolution of a Natural Miracle and his most recent, The Triumph of Seeds. I’ve also been privileged to hear him give talks on both of those books and meet him once. He’s a splendid speaker and his books have been entertaining and fully educational. When I heard he was working on a children’s book I was happy to look forward to it’s release.

The books begins, “Bartholomew Quill was a crow long ago, when all of the world was new,” and with that, Bartholomew sets out with the other animals to discover who is who, and most importantly, who he is. Bartholomew encounters a range of wonderful Pacific Northwest animals in his quest, from Tufted Puffins to the Bald Eagle and down to the slugs and beetles. Each animal describes how they are both the same, but yet different. The rhyming story flows along with Bartholomew’s journey and the beautifully rendered art, by local artist Dana Arnim, creates a wonderful sense of place at each encounter.

My four year old daughter thoroughly enjoyed the story and even had a favorite part, the ending – which I won’t give away. It’s been read several times already and I know it won’t spend much time put away on the shelf.

I was thrilled to see the main character was a crow, one of my favorite animals, and adds to the small list of our favorite books which feature crows, such as As the Crow Flies. As a naturalist in the Pacific Northwest I also greatly appreciate any children’s books which feature the nature here and this book does that wonderfully. I highly recommend this book, especially for families in the Pacific Northwest.